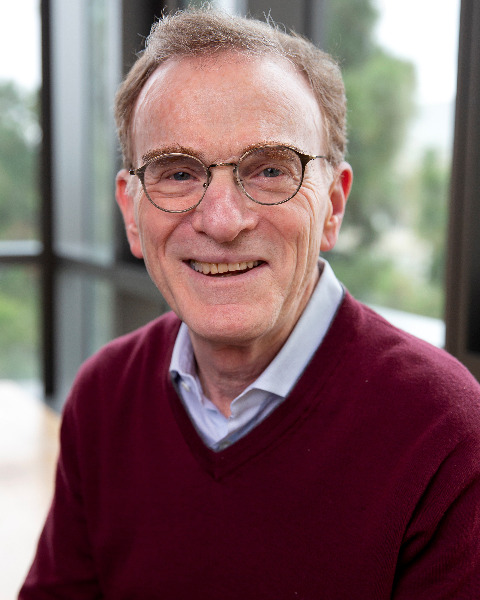 Randy Schekman, PhD is a Professor in the Department of Molecular and Cell Biology, University of California, Berkeley, and a Howard Hughes Medical Institute Investigator. He studied the enzymology of DNA replication as a graduate student with Arthur Kornberg at Stanford University. His interest in cellular membranes developed during his postdoctoral with S. J. Singer at UC San Diego. At Berkeley, he developed a genetic and biochemical approach to study eukaryotic membrane traffic. His awards include the Gairdner International Award, Albert Lasker Award in Basic Medical Research and Nobel Prize in Physiology or Medicine, which he shared with James Rothman and Thomas Südhof. He is a member of the National Academy of Sciences, National Academy of Medicine, American Academy of Arts and Sciences, American Philosophical Society, Foreign Associate of the Accademia Nazionale dei Lincei, Foreign Associate of the Royal Society of London and Honorary Academician of the Academia Sinica. In 1999, he was elected the American Society for Cell Biology President. He served as Editor-in-Chief of the Annual Reviews of Cell and Developmental Biology and the Proceedings of the NAS. In 2011, he founded and served as the Editor-in-Chief of the Open Access journal, eLife, sponsored by the HHMI, Wellcome Trust and the Max Planck Society. Beginning in 2018, Schekman has served as the Scientific Director of “Aligning Science Across Parkinson’s Disease” a major philanthropic effort organized along with The Michael J. Fox Foundation to identify molecular and cellular mechanisms in the initiation and progression of Parkinson’s Disease (https://parkinsonsroadmap.org).


Dr. Schekman’s laboratory investigates membrane protein traffic in the secretory pathway. He began with a genetic and biochemical dissection of the secretory pathway in yeast. His lab discovered the genes and proteins crucial to assembly and transport, and found that the pathway is evolutionarily conserved and a number of human genetic diseases have implicated genes his lab discovered in yeast. This discovery encouraged the biotechnology industry to express recombinant human insulin and recombinant hepatitis b vaccine in yeast. The vaccine should reduce liver cancer incidence by 90%. His lab has now employs mammalian cell culture to investigate extracellular vesicle secretion.