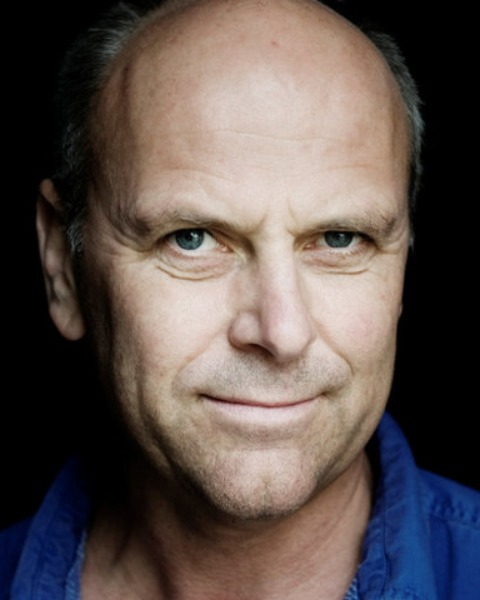 Rob van Haren PhD is Professor of the research group Transition Circular Bioeconomy at Hanze University of Applied Sciences, Groningen. The research is aimed at three themes: Transition Green Process Technology, Transition Green Products and Transition Green Entrepreneurship. Within these research strands Rob works on development of supercritical CO2 processes for green extraction of plant ingredients, New Product Development with green ingredients and 'Fuzzy Front End' processes in innovation. He is technical-scientific coordinator of the EU H2020 BBI-JU project LIBBIO on Andean lupin cropping and processing in Europe.
In addition to his professorship Transition Bioeconomy, he is entrepreneur for development of new food-, cosmetic and lifestyle products and brandowner of the natural cosmetic brand ZoiY(r). Rob was previously employed as director of Kiemkracht, an alliance of Product Board Arable Farming and the Innovation Network of the Ministry of Agriculture of the Netherlands. His task was to develop ground breaking innovations for arable farming. At the same time, he was also Professor of Innovation and Knowledge transfer Agribusiness at the University of Groningen. Before this he worked as innovation manager sustainable supply chains at AVEBE, a Dutch potato processing industry and as senior scientist agro-ecology at Wageningen Plant Research. Rob has a PhD in theoretical biology at the VU University Amsterdam.


1) What discoveries from your previous research informs the work you plan to discuss at the 2020 Plant Protein Science and Technology Forum?
Our main discovery is that there are four species of lupin which can be eaten by humans and that is the Lupinus angustifolius, the blue lupin, Lupinus albus, the white lupin, Lupinus luteus, the yellow Lupin but also Andean Lupin, Lupinus mutabilis. This is one of the lost crops of the Incas. So, in fact, when Columbus came back to Europe, he took the potato, but he forgot to take the Lupinus mutabilis with him, because it grows in the same rotation as potatoes. It has disease killing properties for potatoes, and it has high yields. That last characteristic is especially promising for Europe, but also other countries in the world. Andean Lupin is one of the neglected crops, which has big promise for the future.

2) What is the significance of the research you plan to discuss at the 2020 Plant Protein Science and Technology Forum, either for future research routes or for real-world applications?
Our goal is to get Andean Lupin introduced as a crop into Europe. As it looks now, it will be granted plant breeder rights by the end of this year. So, that means that it can be traded in the world as a new lupin variety and will be eventually listed on the European variety list. When that happens, farmers can buy seeds and the harvested Andean Lupin can then be sold to processors. This is a huge step forward integrating Andean Lupin into the European market.
The supply chain can only start when the seeds are available for trade. This project has demonstrated that it is feasible to grow the crops in southern Europe as a winter crop and in northern Europe as a summer crop. So, this crop has huge potential in both northern and southern Europe. We have already achieved yields up to three tons per hectare which can be harvested by machines. So that is quite a promising result of this Horizon 2020 project.

3) Describe the biggest problem you encountered and solved during your most recent project?
The first challenge is introducing a new crop like this into the rotation scheme for European farmers. But before we arrive at that obstacle, one major problem we are working to solve lies in the crop itself. The Andean Lupin is still a half wild crop and thus is not fully domesticated. For instance, when you compare it to the soybean, there have been breeding efforts for the soybean since the Second World War, whereas the Andean Lupin is just emerging as a domesticated crop; it has only been in the last 10 years, have there been some breeding efforts to increase its yield, its protein content and its oil content. So, we are facing a relatively young crop, with some wild characteristics inside, but with proper measures, we can have an acceptable harvest.
Based upon that, we can start a supply chain that will then stimulate breeding efforts and eventually increasing the crop’s quality and quantity. To do so, one main target of this project is to domesticate this once wild crop through breeding practices, but the Andean Lupin has already been eaten for many thousands of years by the indigenous Andean people, the Inca and the pre-Inca people. The seeds have even been found in ancient tombs in Peru, thousands of years before Christ. So, it is a very old crop that has been neglected for quite some time. Now, or our goal is to give this crop more attention and give it the proper research that it is entitled to. So, that it can eventually compete with the soybean.
To get our collection started, we had to dive quite deep into the seed banks and collect seeds from all over the world. So, it was a lot of effort to get the project up and running. In fact, there are now two or three major research programs on the Andean Lupin, one is in Ecuador, another is in Australia and now here in Europe. We have this Horizon 2020 project Libyo LIBBIO (www.libbio.net), which is dedicated to putting Andean Lupin on the European market for farmers and seed processors.
It’s a shame that the crop has been neglected for so long as it has quite high protein content, at about 45%. That’s even higher than the soybean and it has yields which are comparable or even higher than soybeans. So, from the farmer’s perspective, it could be very essential for growth and diversification of crop rotation. Thus, it is ecologically sound to introduce a new crop like the Andean Lupin into regular farming practices.
4) Share a turning point or defining moment in your work as a scientist and/or industry professional.
I worked for quite a long time as innovator/a venture capitalist for the Ministry of Agriculture. My role there was to introduce groundbreaking innovations in arable farming in Northwestern Europe. From that role, I learned that you must not start with the upstream processes in the supply chain but go as downstream as possible. So, start with products for the consumers. For instance, we invented the Vegetarian Butcher, which was a concept with the goal of introducing plant-based proteins for human consumption as meat alternatives. Eventually, the vegetarian butcher was founded as real, brick-and-mortar butcher shops. Now 12 years later, it is a very big initiative, with outlets as far reaching as the United States. The brand was even bought by Unilever, which means that what started as a grassroots initiative has now become mainstream, bringing meat analogues to a broader market.
That was a major shift, and for me a minor contribution to that transition from a market concentration on animal-based proteins to a greater consumption of plant-based proteins. I'm really proud of it. It also means that this movement for vegetarian/vegan meat or meat analogues is now becoming mainstream, changing the ways we view proteins. An example of that change is how in the Netherlands, we introduced the concept of being flexitarian, which means one day you eat meat and another day you eat a meat analog. So, you can choose between different protein sources, either animal or vegetable origin. What this means is we are increasing the palette of proteins types that could land your dinner plates.

5) What excites you about your work?
What excites me most about my work is doing or starting something new, which can have a big impact on the world and leave it a better place than the way I found it. So, another example of a project I’m really proud of is using plant-based proteins to not only change the way we think about protein for human consumption but also in cosmetics. We, humans, have a very strong connection with what we put on our skin. Changing the ingredients, we put into cosmetic products, from refined oils to extracts from flowers or protein-rich crops can mean our cosmetics are not only more sustainable, but also kinder to our skin. So, I have also helped to create a cosmetic brand, ZoiyZoiY®, that uses ingredients from lupin for sunscreenskin care creams, for example. We are also still developing a mild acne and dandruff treatment with lupin ingredients balancing skin microbiome. So, looking into herbal components from the same crop as where humans can get their nutritional protein needs means you optimize your crop’s complete value chain and biocascading potential, making the whole supply chain more profitable.

6) What are potential future directions for the work you are discussing at the 2020 Plant Protein Science and Technology Forum?
When you look into leguminous crops like lupin and soy, you have the primary components, which are the proteins, the oils and carbohydrates, but there are also many secondary components inside and they can have very functional applications for both your nutritional health and your skin’s health. However, to enact real change, it is about more than creating great technology, a company or product must also reach the hearts of your intended customers. Cosmetics have an especially unique ability to do that as consumers want to be sure that what they put on their skin to make themselves more attractive, is a sustainable, safe, and that it actually works. Those are also the three pillars of our Lupin-based cosmetic brand, Zoiyour lupin-based cosmetic brand, ZoiY® (www.zoiy.eu).

7) What do you like to do when you are not in the lab or presenting at meetings?
I like bicycling and canoeing, so those are my favorite sports, because they help me get outside. Of course, I like to be in the garden, but because of my work, I cannot have a garden. It is too laborious right now, but eventually when I am old enough, I’ll get into gardening.