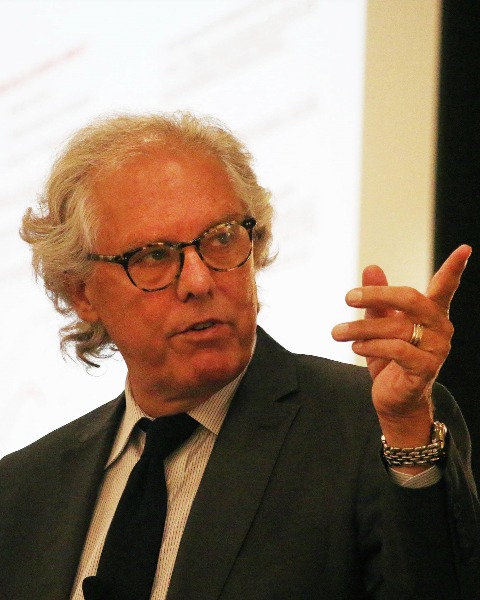 Dr. William W. Wilson received his PhD in Agricultural Economics from the University of Manitoba in 1980. Since then he has been a Professor at North Dakota State University in Agribusiness and Applied Economics with periodic sabbaticals at Stanford University. Recently, he was named as a University Distinguished Professor at NDSU which an honorary position is, and a great achievement. And, in 2016 he was named the CHS Chair in Risk Management and Trading at NDSU which is an endowed position. In 2017 he was awarded the AAEA 2016 Distinguished Teaching Award (Chicago July 2017). He has been (is) a member of Phi Kappa Phi
His focus is risk and strategy as applied to agriculture and agribusiness with a particular focus on agtechnology development and commercialization, procurement, transportation and logistics, international marketing and competition. He teaches classes in Commodity Trading, Risk and AgriBusiness Strategy and has taught his Risk Class at Purdue University; and is a visiting scholar at Melbourne University where he visits 2 times/year and advises PhD students in risk and agbiotechnology. Finally, he has now created the NDSU Commodity Trading Room which is a state of art facility for teaching and research in commodity marketing, logistics and trading.
He routinely has projects and/or overseas clients and travels internationally 1 week per month. He led a project for the United States on privatization of the grain marketing system in Russia in the early 1990’s. He currently has projects and/or clients in US, Russia, Ukraine, Mexico, Argentina and Australia. He regularly advises a number of large Agribusiness firms, several major railroads, and several major food and beverage companies and/or governments in other countries. He served as a Board member of the Minneapolis Grain Exchange for 12 years, on the FGIS Advisory Board, and currently serves as a Board member of several regional firms in agtechnology and venture capital (AMITY, BUSHEL), in addition to NCH Capital (New York City which is one of the largest investors in world agriculture).
He regularly consults with major agribusiness firms on topics related to above and has worked extensively in the following industries: agtechnology, logistics, procurement strategy, railroads, barges, ocean shipping, elevators (shuttle development), and processed products (malting and beer, durum and pasta, wheat and bread).
He was recognized as one of the top 10 Agricultural Economists in 1995 and more recently as one of the top 1% of agricultural economists by RePEc (Research Papers in Economics). Finally, he has students who are in senior positions in a number of the large agribusinesses including commodity companies, railroads and food and beverage companies.