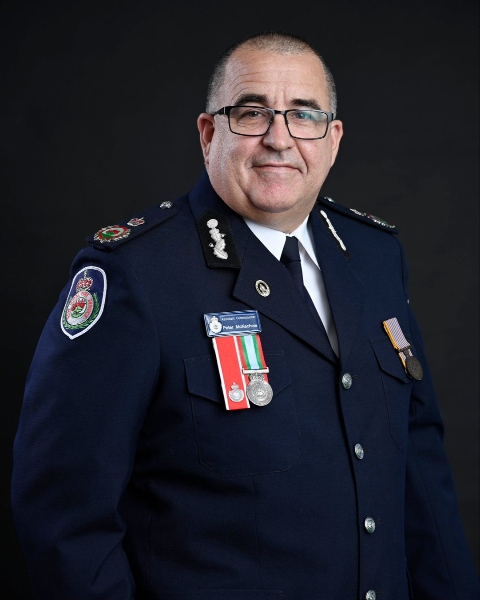 The Director Area Operations leads Area and District teams to plan for, prepare and mitigate the impact of bush fires and other emergencies on the community. AC McKechnie also has responsibility for the Operational Capability and the NSW RFS Training Academy.

After having joined the Narara Brigade on the NSW Central Coast moved through the ranks to become Captain and then Deputy Group Captain, he took up a salaried position in 2003.

AC McKechnie has been a part of major fire incidents and other emergencies within NSW, interstate and overseas. He has previously been appointed to various operational roles including as a Incident Controller, Major Incident Coordinator and State Operations Controller. Further, AC McKechnie has also led Australian Deployments to the United States and Canada to assist local firefighting authorities.

AC McKechnie is a leader focussed on ensuring members are able to deliver quality services to the community and regularly travels across the state to visit members and ensure he is aware of the challenges they face. During the recent 2019/2020 fire season AC McKechnie when not leading State Operations would travel to IMTs to support them and learn what they were dealing with first hand.