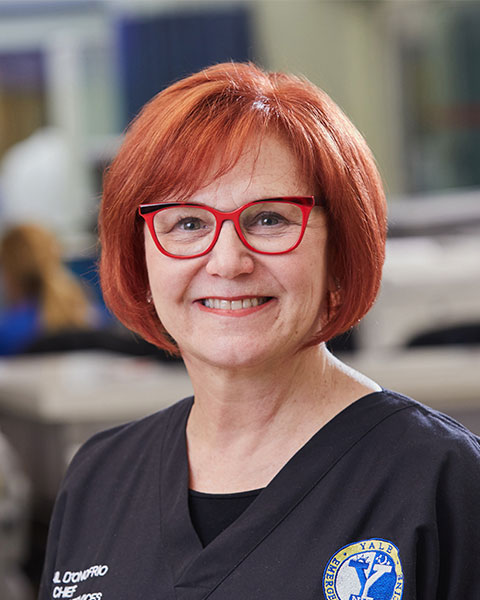 Gail D’Onofrio, MD, MS is Professor and Chair of the Department of Emergency Medicine at Yale University and Physician-in Chief of Emergency Services at Yale New Haven Hospital. Boarded in emergency and addiction medicine, she is internationally known for her work in substance use disorders, women’s cardiovascular health, and mentoring physician scientists in developing independent research careers. For the past 25 years she has developed and tested interventions for alcohol, opioids and other substance use disorders, serving as PI on several large NIH, SAMSHA, and CDC studies that have changed clinical practice. Dr. D’Onofrio has a long track record of mentoring junior and senior faculty members both at Yale and throughout the U.S. in multiple specialties. She is the PI of a NIDA-funded K12 establishing the Yale Drug use, Addiction and HIV Research Scholars (Yale-DAHRS) program, a three-year post-doctoral, interdisciplinary, Mentored Career Development Program with focused training in prevention and treatment of drug use, addiction, and HIV in general medical settings. She has received multiple clinical, leadership and mentorship awards including the Excellence in Mentoring award from the Association for Medical Education and Research in Substance Abuse (2008), Advancing Women in Emergency Medicine award (2016) and the Department of Emergency Medicine Advancement of Women Award (2018) from the Society of Academic Emergency Medicine. She is a founding Board member of Addiction Medicine, now recognized as a new specialty, subspecialty by the American Board of Medical Specialties. An advocate for individuals with opioid use disorder, she is one of the architects of Connecticut Governor’s Strategic Plan to Reduce Opioid Deaths, working with multiple agencies regionally and nationally to change policies and introduce interventions to combat the opioid crisis.