Challenges in Developing a Biomarker Assay for α-Synuclein Quantification

Purpose: α-Synuclein is an amorphous protein that is primarily localized around the synaptic bulbs in neurons. Consequently, much of its functions are attributed to vesicular trafficking, synaptic transmission and neurotransmitter release. Impaired degradation of α-Synuclein leads to polymerization and formation of insoluble and soluble protofibrils that are closely associated with Lewy bodies seen in Parkinson’s disease and other neurodegenerative diseases collectively referred to as Synucleinopathies. Lack of objective biochemical and bioanalytical tests is one of the impeding factors in generation of novel therapeutics for Parkinson’s Disease (PD). While several biomarkers like LRRK2, Tau, amyloid-β 40/42 are known to be deranged in PD, one of the most sought out biomarker in PD drug development is α-Synuclein because of its given pathogenicity early in the disease manifestation. Here we discuss and report some of the practical problems in developing a robust assay for α-Synuclein quantification.

Methods: We have tested the Single Molecule Array (SiMoA) digital ELISA assay on HD-X analyzer to quantitate a-Synuclein levels using the Quanterix discovery kit (product # 102233). The manufacturer suggested protocol utilizing the reagents in the kit was acceptable in determining relative accuracy and precision of calibrators and quality controls. Unfortunately, parallelism experiment to demonstrate linearity in dilutions beyond the Minimum Required Dilution (MRD) was not acceptable using the sample diluent included in the kit. Parallelism is a very important indicator of matrix interference, sample LLOQ and MRD. Therefore, we have evaluated alternative buffers that are commercially available and also tested several home-made buffers at different ionic strengths with varying concentrations of surfactants, detergents and protein stabilizers.

Results: We have tested several buffers for parallelism assessment and found that a simple buffer with 1% BSA in PBS-T (0.05% Tween-20) and also MSD Diluent 49 were useful in blocking non-specific interference from matrix. Bar graph in figure 1 clearly indicates that the percent recoveries beyond MRD (1:10, 1:20, 1:40, 1:80)  are acceptable and demonstrates parallelism in cerebrospinal fluid samples. Tables 1 and 2 represent calibration curve and quality controls data obtained from accuracy and precisions experiments. Percent coefficient of variation indicating precision and percent difference from theoretical indicating relative accuracies are within 15% of error, suggesting the reproducibility of the assay.

Conclusion: Sample diluents and other non-critical reagents that are included in the commercially available kits are not always readily usable for biomarker analysis in clinical programs. Commercially available kits that are primarily built for research use only (RUO) may need to undergo substantial optimization depending on how the biomarker data (context of use) will be used in the drug development program. In conclusion, we have now carefully selected the sample diluent, validated our α-Synuclein SiMoA assay, and also assessed biological variability among normal and Parkinson’s disease patient samples to demonstrate clinical utility of the assay (figure 2). 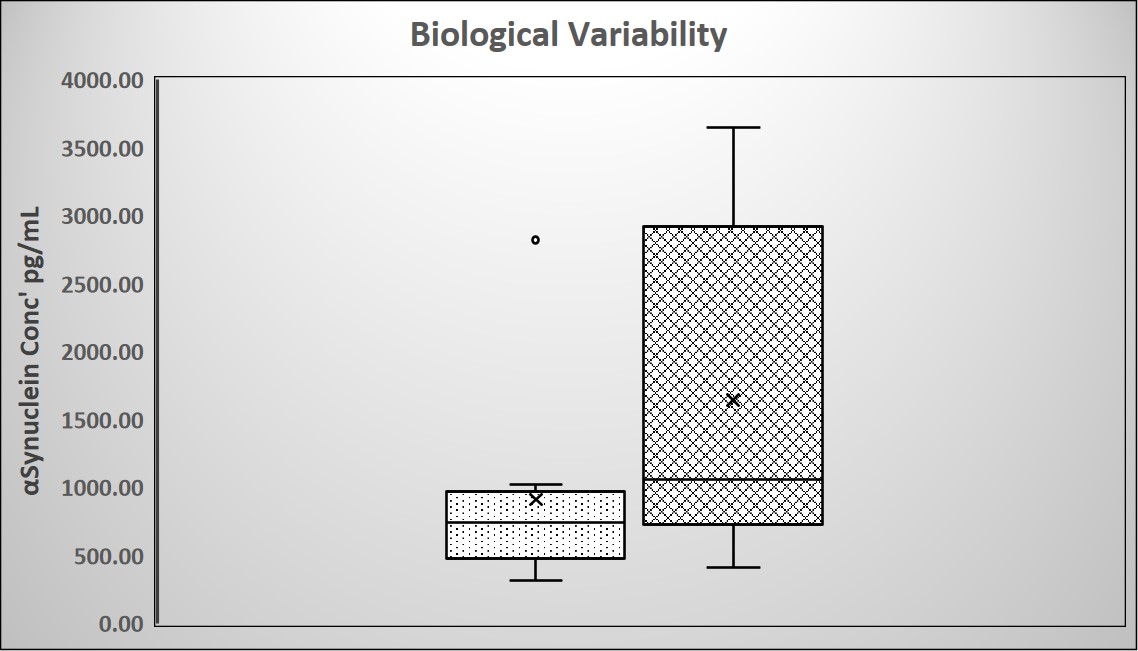 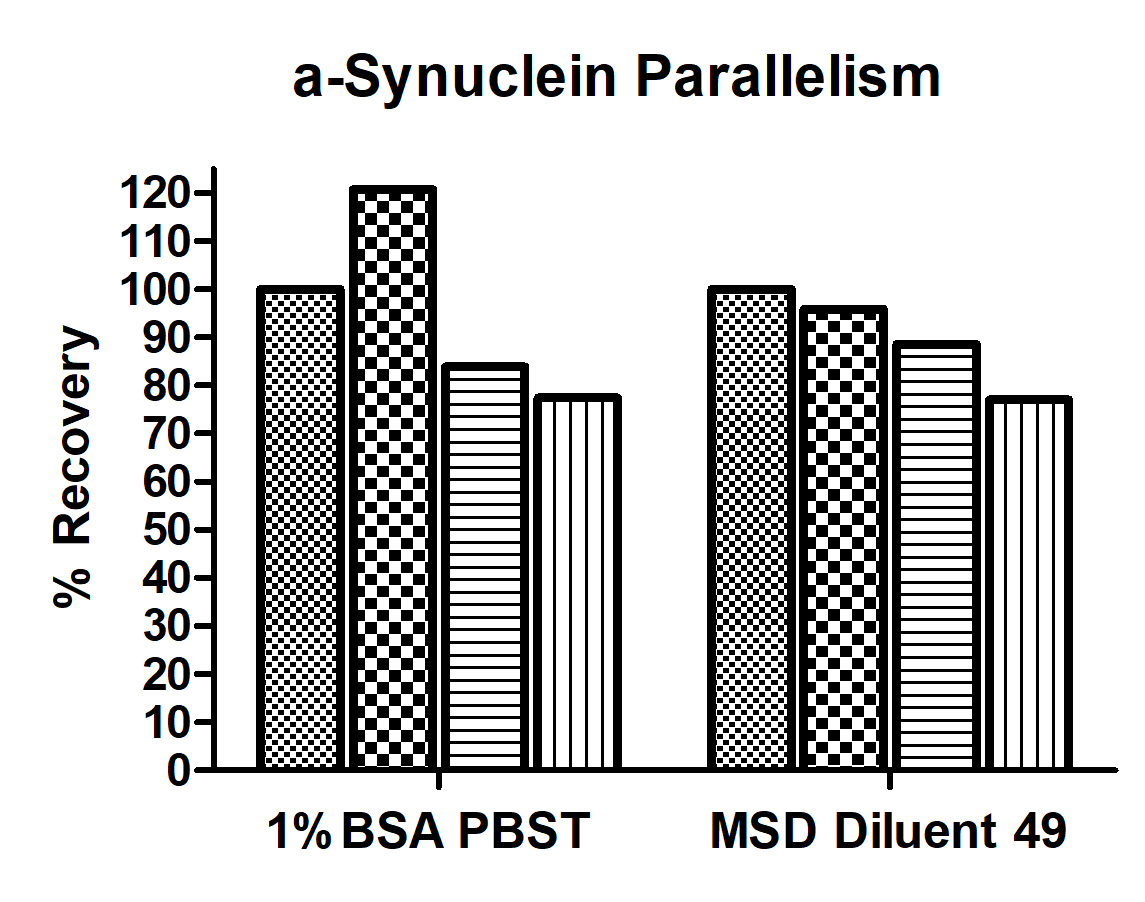