Excipient-Mediated Concomitant Increase of Both Solubility and Permeability: Cremophor and Pluronic L44 Based Formulations for Increased Oral Absorption of Lipophilic P-gp Substrates Drugs

Purpose: According to our previous studies, many solubilization methods, including surfactants, may lead to decreased apparent intestinal permeability. The aim of the current study was to investigate the solubility-permeability interplay when using cremophor or pluronic excipients (L44 and F68) for oral administration of the low-bioavailability anticancer drug etoposide. Since etoposide is a P-glycoprotein (P-gp) substrate the inhibitory effects of cremophor EL and pluronic L44 on the drugs' efflux transport may complicate their potential impact on the solubility-permeability interplay beyond traditional surfactants. Successful oral formulation development for etoposide is beneficial and may be applied for other lipophilic chemotherapy drug agents, currently not available for oral administration.

Results: Etoposide solubility increased substantially with increasing levels of each excipient. In the in-vitro PAMPA model, a tradeoff between solubility increase and permeability decrease with increasing excipient level was evident for all three excipients, with an excellent correlation between the experimental results and theoretical predictions. In contrast, rat perfusions revealed that the permeability is in fact increased in-vivo in the presence of cremophor EL and pluronic L44, demonstrating a favorable solubility-permeability interplay, attributed to the inhibitory effects of these excipients on the P-gp mediated efflux of the drug. Pluronic F68 showed a different trend; both PAMPA and SPIP models indicated solubility-permeability tradeoff, which is explained by the lack of P-gp inhibitory effects of this excipient.


Conclusion: Simultaneous in-vivo solubility and permeability drug increase was obtained with cremophor EL and pluronic L44 excipients, attributed to their P-gp inhibitory effects. This favorable type of solubility-permeability interplay can aid in the development of better formulation for chemotherapeutic drugs currently available only for parenteral use. 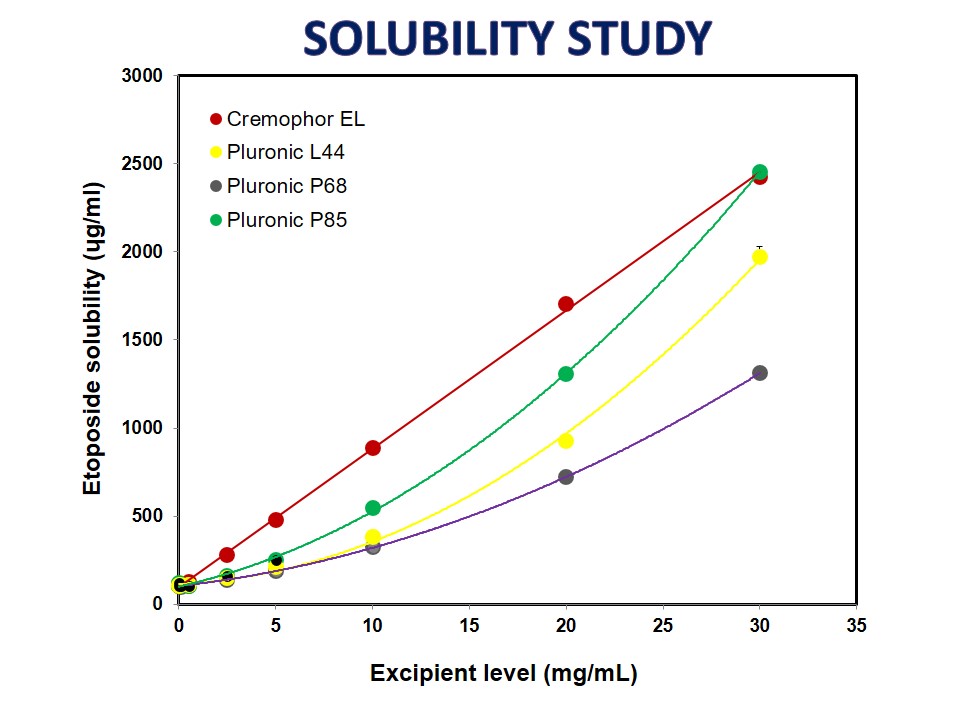 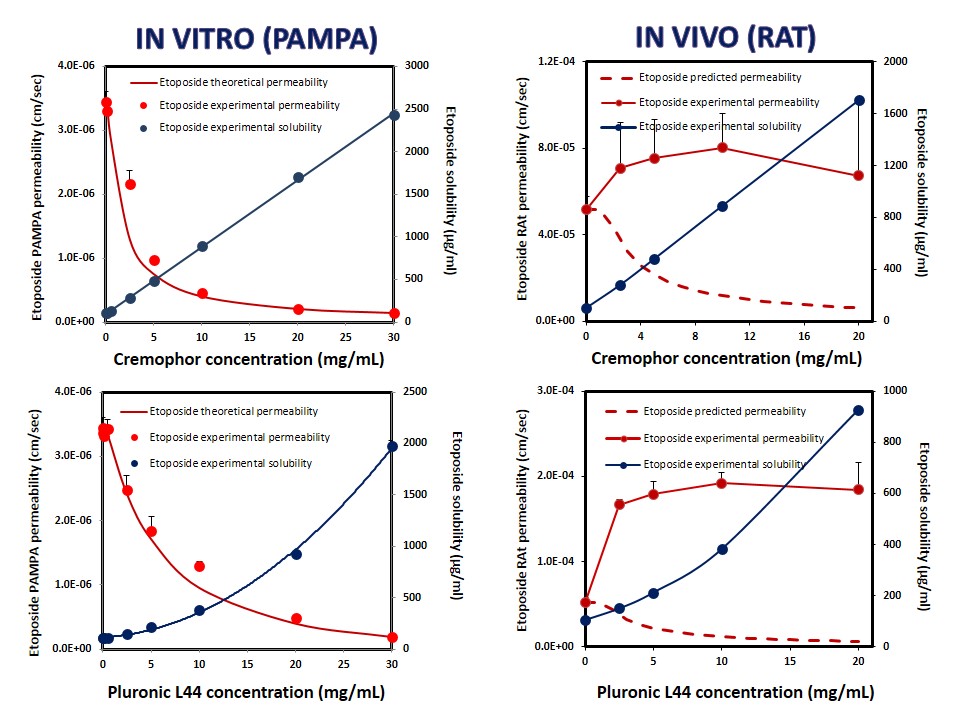 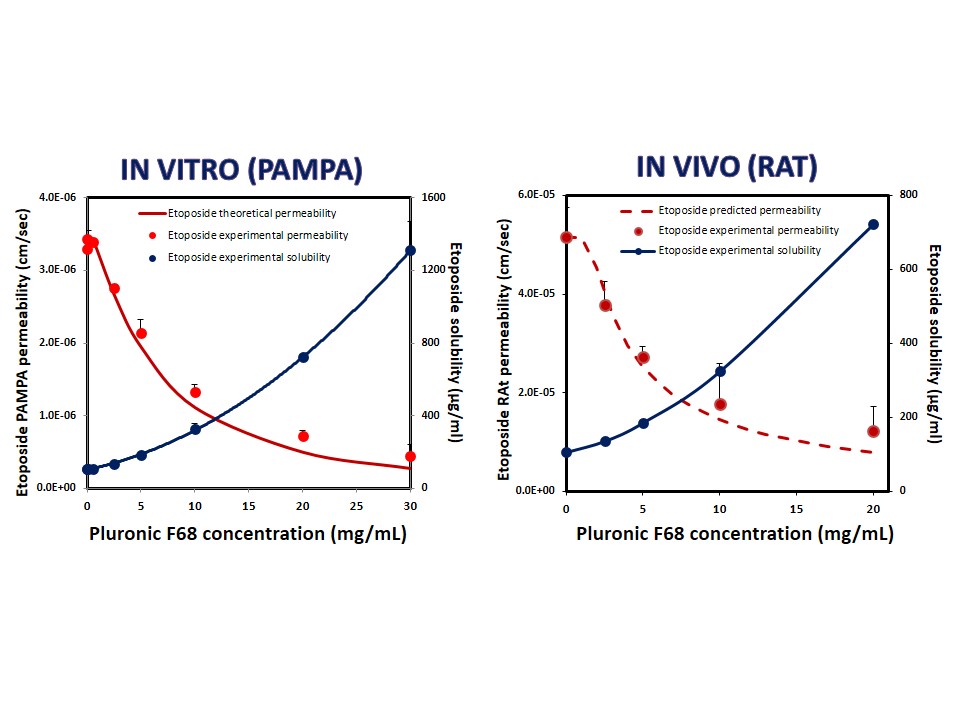