Purpose: A poorly soluble drug was synthetized and formulated for a Phase I study. Formulating poorly soluble drugs as amorphous solid dispersion (ASD) is an effective approach to enhance their solubility. Spray drying is a common process to manufacture ASD that involves solubilization of drug and polymer in organic solvent.

Results: The API contains a Fluorine atom and one of the main known synthetic impurity is due to the substitution of fluorine with a Methoxy group (Figure 1). The formulation process required to dissolve the Drug Substance with HPMC phthalate in a mixture of Dichloromethane and Methanol to spray the solution. The characterization of the first batch of ASD powder highlighted significant increase of the methoxy-impurity (Table 1). The formation of the methoxy-impurity might result in a high content of fluorine in the API. The fluorine was searched by Ion chromatography but a significant amount of chloride was measured instead (Table 1). The presence of such amount of Chloride was not expected considering the structure of the molecule and the manufacturing process, additionally the purity of the product was not satisfactory from a quality point of view. To further investigate the process, HP-55 was sprayed to produce a placebo batch and sequentially, using the same equipment, a new batch of active ASD was manufactured. Results showed chloride was formed during the process as side reaction of API (Table 2). The following additional observations were made when ASD material with different Cl content was used to prepare aqueous suspensions:

The root cause of the pH shift and the different impurity profile was hypothesised to be associated to the potential formation of HCl and associated chemical degradation. It was verified that the Chlorine was not covalently bonded to the API by LC/MS analysis. A solid state characterization by NMR demonstrated the inclusion of Hydrochloride acid as hydrochloride form of the Active in the structure of the ASD due to the 13C signals originated by aromatic Carbon atoms in proximity of the supposed site of salification. These signals showed an expected shifts towards lower frequencies indicating that a protonic transfer occurred for the batch containing more Chloride. Even though dichloromethane is a common and stable solvent, in paper1 it was found evidence of its decomposition at high temperature in presence of amine or other basic groups. On the basis of the evidences above and as the molecule contains amino-heterocycles, the only source of chloride was identified in the dichloromethane used to spray the API. In order to better control the temperature reached by dichloromethane during the process, the ASD was manufactured in spray dryer in closed loop configuration with a longer heater to improve the efficacy of the heating step applying lower temperature, thus avoiding solvent degradation, and in opened loop configuration to discard the heated solvents.

Conclusion: The ASD manufactured with both optimized configurations of spray dryer did not show chloride residual and the ASD resulted physically and chemically stable. The extended investigation performed as multidisciplinary integrated approach lead to the optimization of the manufacturing process to produce a suitable drug product for FIH clinical study. 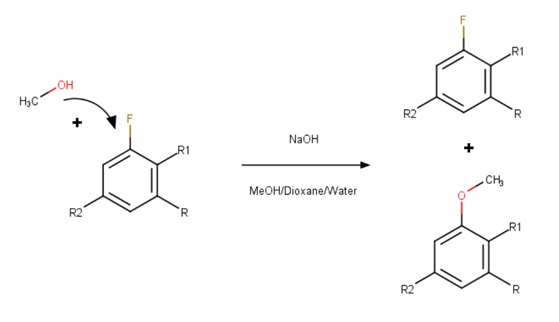