Purpose: Antiretroviral therapy during pregnancy is highly effective in reducing risk of vertical HIV transmission. However, the fetal toxicity of antiretroviral drugs (ARVs) remains poorly understood and existing literature often does not account for sex as a variable. Recent evidence of sex-linked neurotoxicity in ARV exposed children1,2 suggests sex-differential drug disposition, which may be explained by variable expression of membrane-associated drug transporters at the placenta and fetal blood-brain barrier. This study evaluates the potential role of fetal drug transporters in modulating ARV penetration into the fetal brain.

Results: Relative mRNA and protein expression of several transporters was characterized in the placenta and fetal brain, including Abcb1 (P-glycoprotein), Abcg2 (Breast Cancer Resistance Protein) Abcc1 (Multidrug Resistance-associated Protein 1) and Slc29a1 (Equilibrative Nucleoside Transporter 1). In the placenta, ARV exposure was associated with lower expression of Abcc1 and Slc29a1 (figure1). Greater expression Abcb1b and Abcc1 was observed in the placentae of female compared to male fetuses (p < 0.05). No significant differences were observed in transporter expression by sex or treatment group in the fetal brain. All four drugs were detected in amniotic fluid, while only abacavir and lamivudine were detected in the fetal brain at 12.6 ± 7.0 ng/mg and 434.6 ±125.5 ng/mg respectively (figure 2).

Conclusion: This study provides novel evidence of sex-differential ARV drug transporter expression in the placenta, as well as characterization of ARV penetration into fetal brain and amniotic fluid. Due to the critical role that drug transporters play in modulating ARV exposure in the developing brain, these data contribute to a broader understanding of the influence of age and sex on antiretroviral drug neurotoxicity. 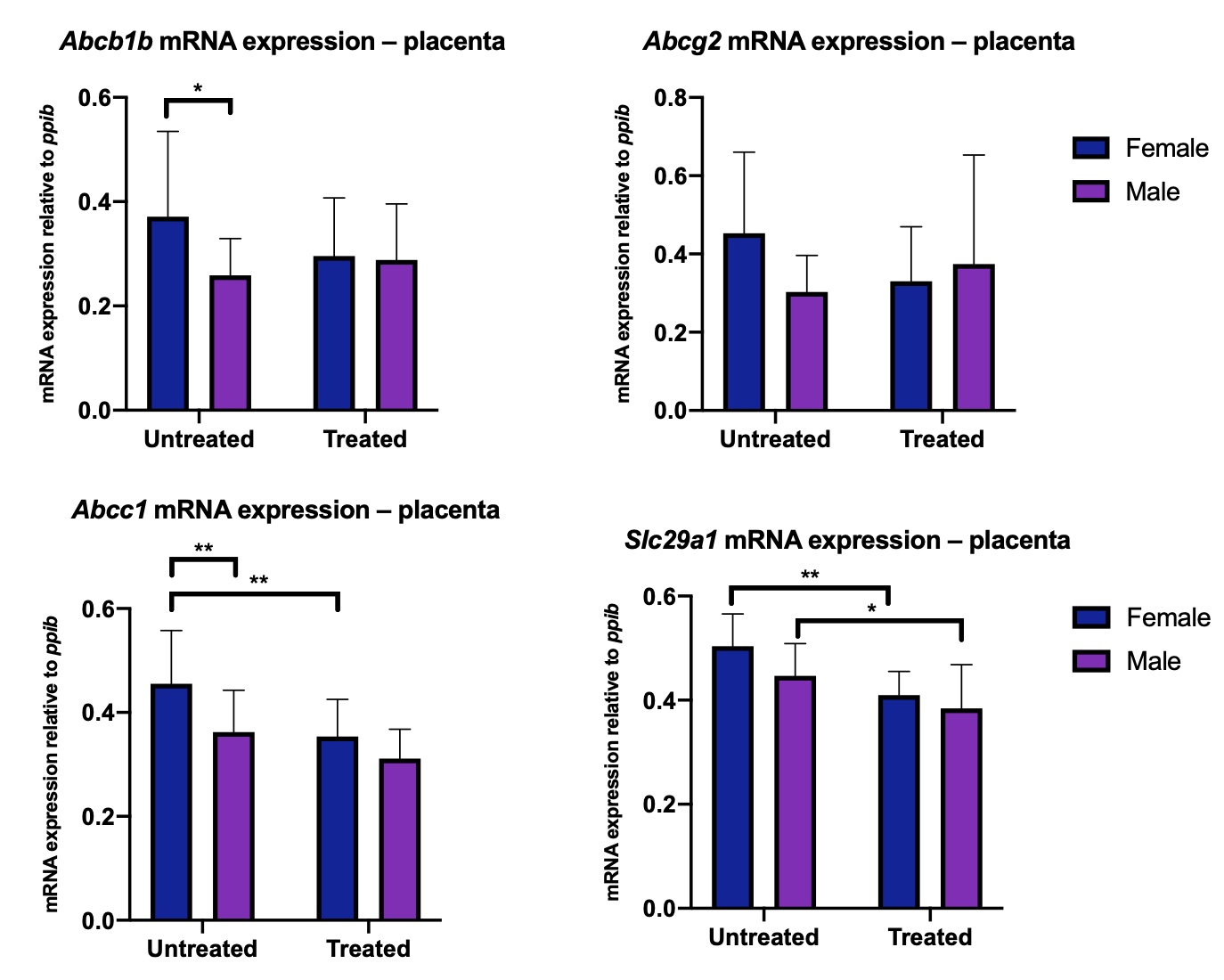