Trisulfide bridge-containing unsaturated monomers were synthesised via a phthalimide intermediate. These monomers were polymerised via reversible addition-fragmentation chain-transfer (RAFT) polymerisation using FT-IR for kinetic evaluation. The in vitro H2S releasing capacity was examined using both amperometry and a cellular selective fluorescence method (SF4). Cellular tolerance of synthesised polymers was tested using Alamar blue assay on HEK293 cells, while their antioxidant effects were evaluated by examining the cellular ROS when polymer-loaded cells were exposed to exogenous oxidants (H2O2).

When tested using an H2S sensor, all the macromolecular donors show good releasing profiles in the presence of glutathione (GSH) at a biologically relevant concentration (i.e., 5 mM), with polymers having increased levels of the trisulfide group leading to increased H2S release (Figure 2). Further, the H2S liberating rate was identified to depend on (i) the position of reactive groups within the brush structure, (ii) the chemical activity of thiol donors, i.e., GSH vs. CYS (cysteine), and (iii) the amount of thiol donor (GSH).

The polymers were well-tolerated by the tested cells at concentrations up to 0.125 mg/ml over 24 hour treatment. Interestingly, two macromolecular-donors which have the same proportion of H2S donating monomer (30%) but differ in releasing moiety location show similar cellular H2S-releasing kinetics (Figure 3). These donors can trigger changes in the cellular ROS levels with a reduction of approximately 20%, compared to the value for groups exposed to H2O2 only.

Novel macromolecular H2S donors with a variety of structures and releasing ability have been prepared. Polymers with the highest capacity for H2S delivery can effectively reduce cellular oxidative stress. 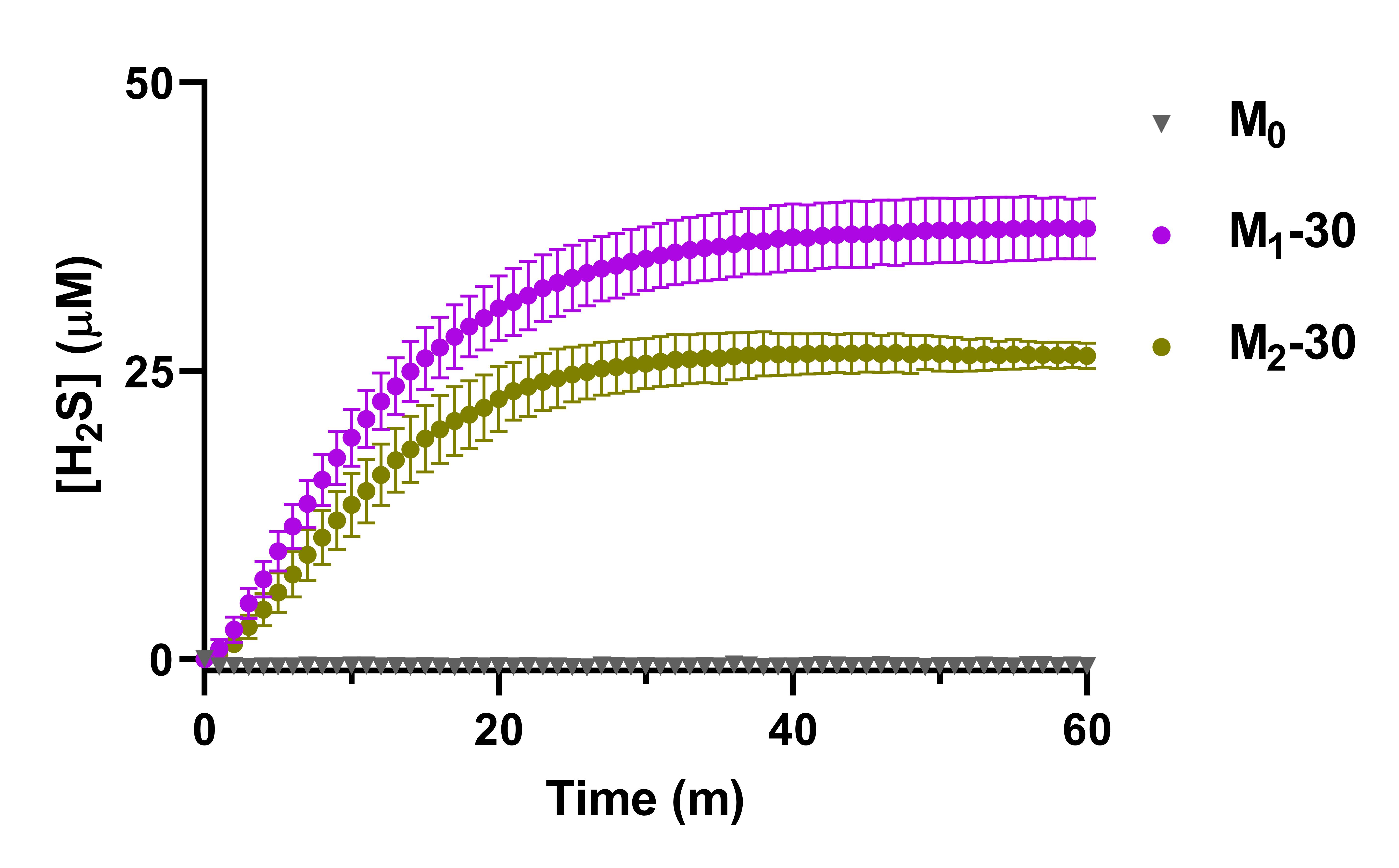 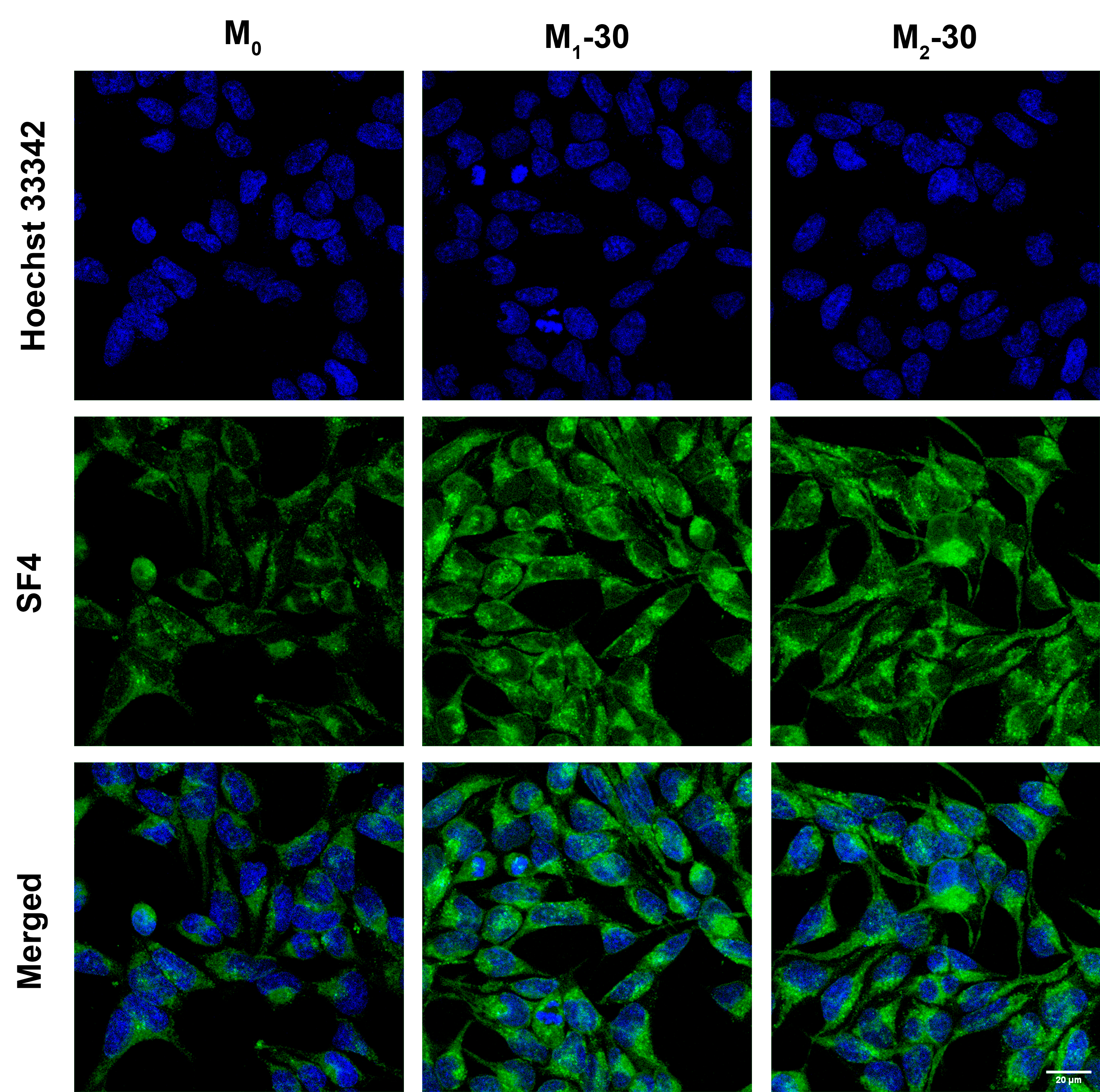