Purpose: The purpose of this study was to evaluate the safety, tolerability and pharmacokinetics of a novel oral amphotericin B formulation (ICo-019) used in the treatment of systemic fungal and parasitic infections following single and multiple dose studies in health human subjects.

Methods: In the Phase 1a human clinical study, a randomized, double-blinded, placebo-controlled single dose ascending study was conducted to assess the safety, tolerability and pharmacokinetics of a novel oral amphotericin B formulation (ICO-19) in healthy male and non-pregnant female subjects between the ages of 18-55 years old. Subjects were randomized into one of four treatment groups and received either a single oral dose of 100 mg, 200 mg, 400 mg or 800 mg of ICO-19. Each treatment group consisted of eight subjects where six subjects were randomized to receive ICO-019 and two subjects were randomized to receive the placebo. A sentinel group consisting of two subjects (one subject receiving ICO-19 and one subject receiving the placebo) were dosed before the other subjects in each treatment group. All subjects were followed for 7 days after dosing. The safety profile (gastrointestinal observations, kidney and liver function) for each subject in that treatment group were reviewed by the Safety Review Committee (SRC).

Based on the results in the Phase 1a human clinical study, a Phase 1b human clinical study was conducted in twelve additional human subjects. Human subjects were dosed with either 100 mg (five subjects) or 400 mg (five subjects) of iCo-019 once daily for 10 consecutive days with an additional 10 days of follow-up (for a total of 20 days). This study was also placebo-controlled with one human subject placebo-controlled for each treatment group (100 and 400 mg dose) was assessed. Extensive safety and pharmacokinetic analyses were assessed throughout the study to indicate which dose might be the safest and most effective for future trials in patients with fungal and/or parasitic infections. Amphotericin B plasma concentrations were determined by a validated assay using LC-MS. Pharmacokinetic non-compartmental analysis was performed using WinNonLin. Patients were monitored for gastrointestinal disturbances (i.e. nausea and diarrhea) and changes in kidney and liver function by measuring kidney and liver enzymes respectively.

Results: In the phase 1a human clinical study, the primary endpoint of safety and tolerability of ICO-019 following oral administration of all single ascending doses were met including no signs of kidney, liver and gastrointestinal (GI) toxicities of note. In addition, ICO-019 achieved a median plasma Cmax of 28 ng AmB/mL and AUC (0-inf) of 1030 hr*ng/mL at the lowest dose of ICO-019 of 100 mg. At the 400 mg dose of ICO-019 a median AUC (0-inf) of 2029 hr*ng/mL was achieved representing an approximate doubling of the AUC measure at an increased dose.

Conclusion: These data suggest that we have developed a novel oral amphotericin B formulation that is safe and tolerable following single and multiple dosing to healthy human subjects. In addition, the prolonged plasma half-life and increased AUC observed in both the phase 1a and 1b human clinical studies suggests that ICO-19 has a long circulation time which may result in the ability of the formulation to increase and sustain Amphotericin B tissue concentrations within infected tissues without the associated GI, liver and kidney toxicity. 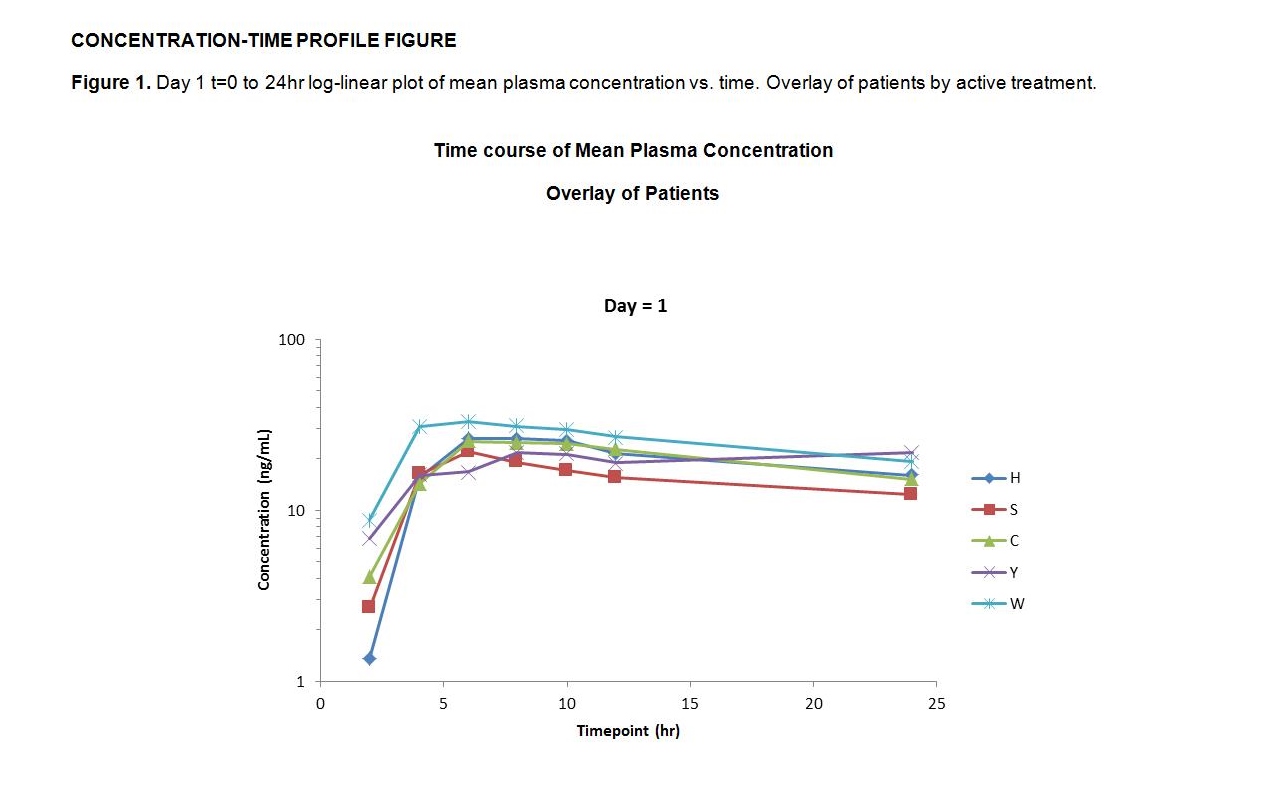 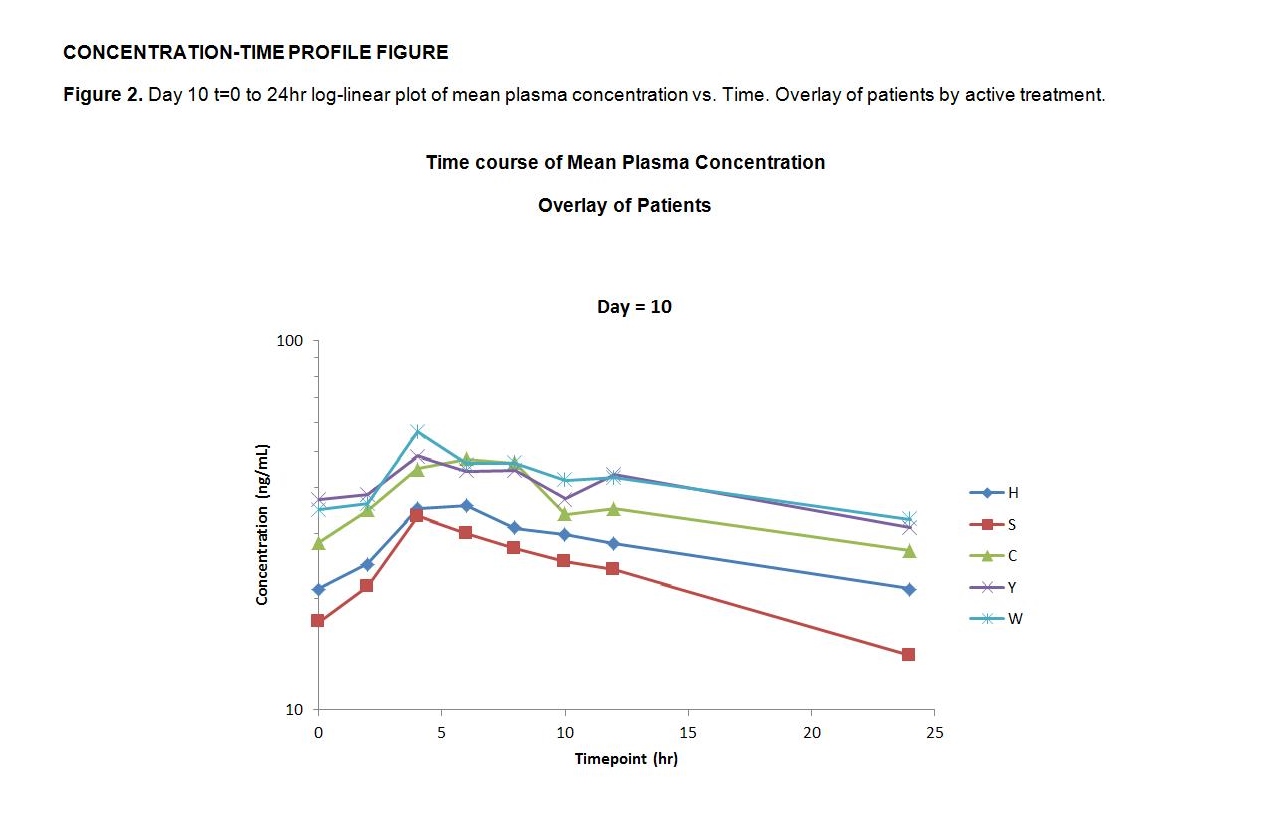