Purpose: Vancomycin is used for the treatment of severe gram-positive infections. Although vancomycin was previously FDA classified as pregnancy category C, emerging data suggest kidney damage in adults. To circumvent this, vancomycin was encapsulated in liposomal core to minimize transplacental crossing to the fetus and renal tubular transit for the mother. One of the objective of this study was to evaluate the toxicity of vancomycin loaded liposomes (VHCL-lipo) in vitro in rat epithelial kidney cells. Another objective was to construct and optimize an in vitro placental barrier, BeWo clone B30 human placental cells, and conduct permeation studies on vancomycin and vancomycin loaded liposomes.

Methods: Multivesicular VHCL-lipo, coated with polyethylene glycol (PEG) were formulated using freeze and thaw method. The hydrodynamic radius and zeta potential was checked using zetasizer. Percentage encapsulation of vancomycin in VHCL-lipo was determined using high pressure liquid chromatography. To test for toxicity, rat epithelial kidney (NRK – 52 E) cells were treated with liposomal and regular vancomycin over a period of 8, 24, 48 and 72 hours on a 96 well-plate after plating the cells at a density of 1000 cells/well. Following the treatment, viability was measured using Alamar Blueâ assay and results were compared between the groups. The treatment groups included liposomal vancomycin, unencapsulated vancomycin, blank liposomes and cells with no treatment. Vancomycin concentrations of 1.8.2, 2.7, 3.4, 4.3, 5.3, and 6.6 mg/mL were used.

BeWo cells were plated on collagen coated inserts at a concentration of 106 cells/well. Trans Epithelial Electrical Resistance (TEER) measurements were taken and a stable plateau was reached after 7 days. A Lucifer Yellow assay was run to confirm the quality, tightness, and integrity of the barrier. To test for permeability, the in vitro barrier was treated with vancomycin (1mg/mL Enzo and Hospira) and vancomycin loaded liposomes (1mg/mL) over a period of 12, 24, 48 hours on a 24 well plate.  Following the treatment, permeability of the treatment groups was assessed by running the samples taken at various time points using HPLC.

Conclusion: The results highlight the potential of vancomycin toxicity to kidney cells in vitro. It also highlights the potential of reduction in toxicity and permeation via the placental barrier after encapsulation in liposomes. In the future we would like to test this method on the rats. 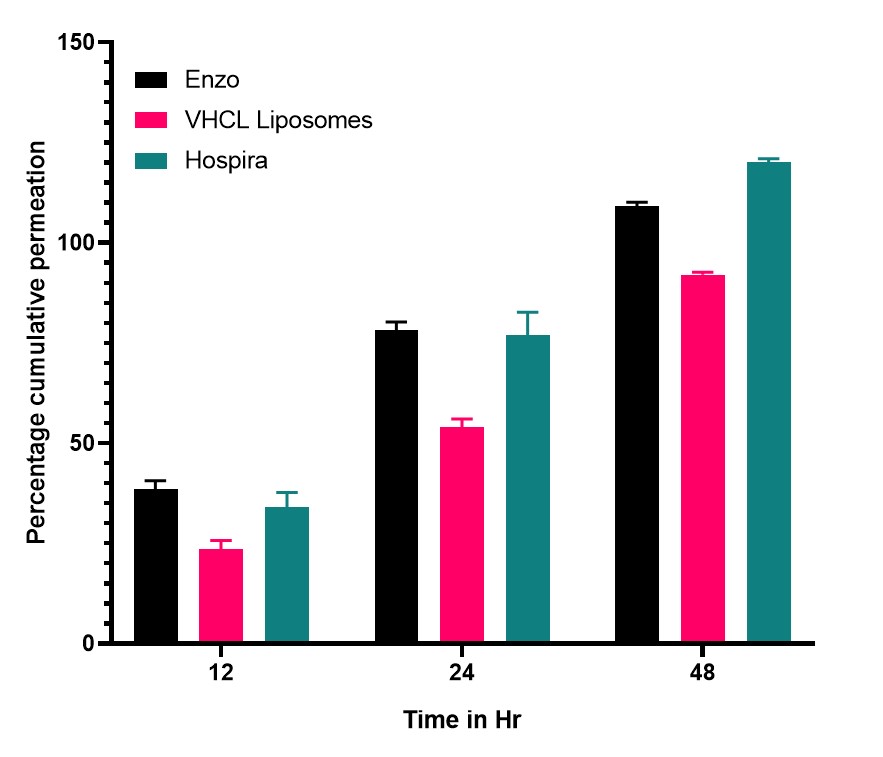 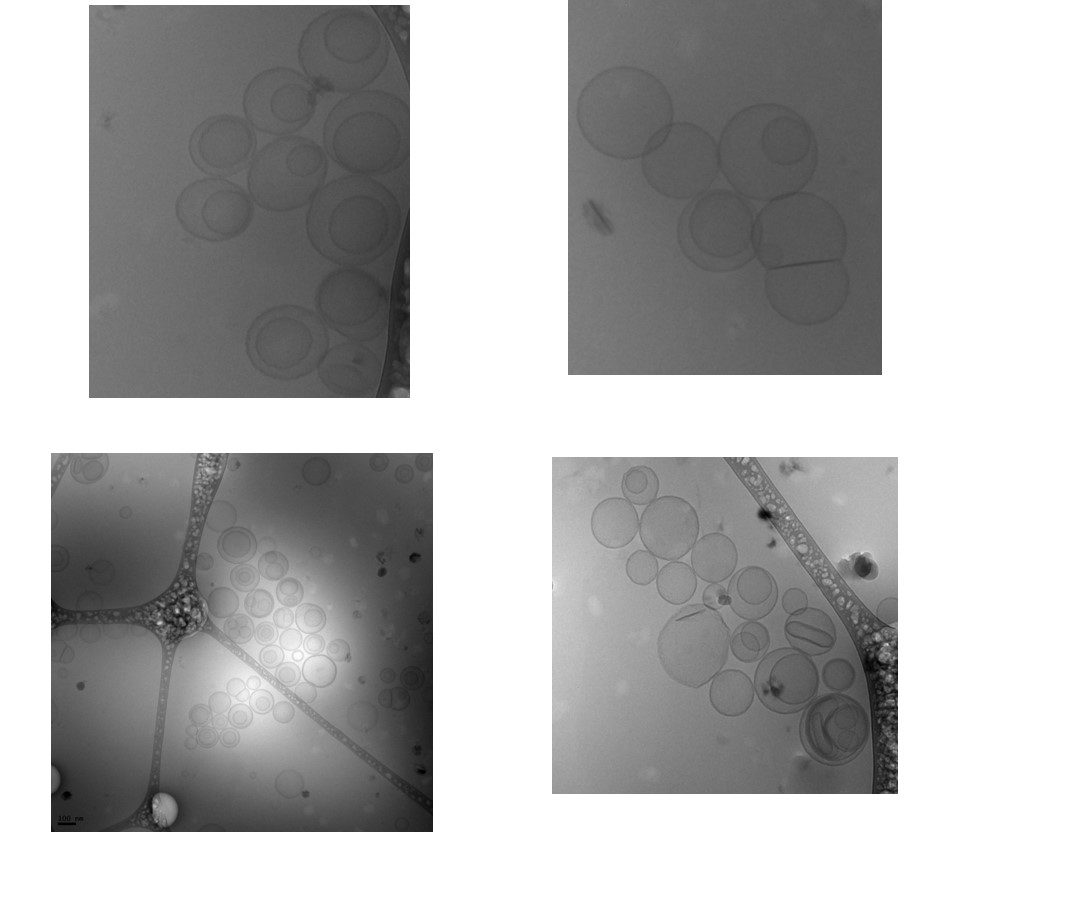 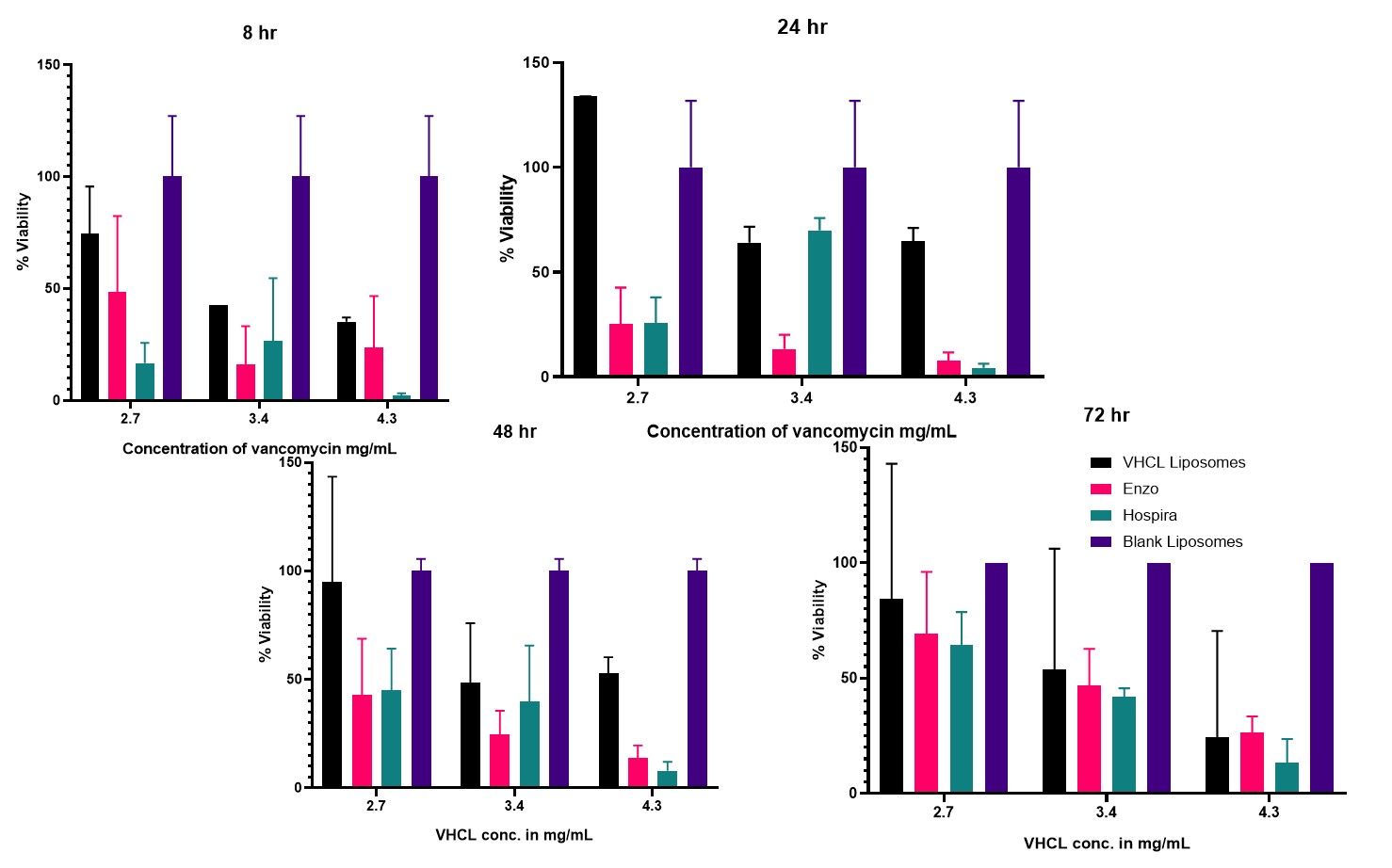