Purpose: Perinatal asphyxia caused due to hypoxia complicates and causes hypoxic-ischemic encephalopathy (HIE). Therapeutic hypothermia is widely used to treat HIE and is successful in 50%-60% patient population [1, 2]. In recent times, there have been attempts to explore the use of various agents such as neuroprotective agents, anti-inflammatory agents, free-radical scavengers, and oxygen free radical generation inhibitors as an adjuvant therapy to hypothermia in a clinical setting [3]. One such promising therapeutic agent is lutein, a neuroprotective agent. The neuroprotective effects of lutein are attributed to its anti-inflammatory and anti-oxidant properties.  Unfortunately, lutein has poor bioavailability due to high lipophilicity (log P 7.9) and poor aqueous solubility. Therefore, there is an unmet need for developing a new formulation of lutein with enhanced bioavailability. In the present study, we aim to encapsulate lutein into produced employing polylactide-co-glycolide–polyethylene glycol–folate (PLGA-PEG-FOLATE) nanoparticles and further evaluate its enhanced uptake in neuroblastoma cells.

Conclusion: The findings from this study suggest that lutein loaded PLGA-PEG-FOLATE nanoparticles could be further studied as a new therapy for HIE. 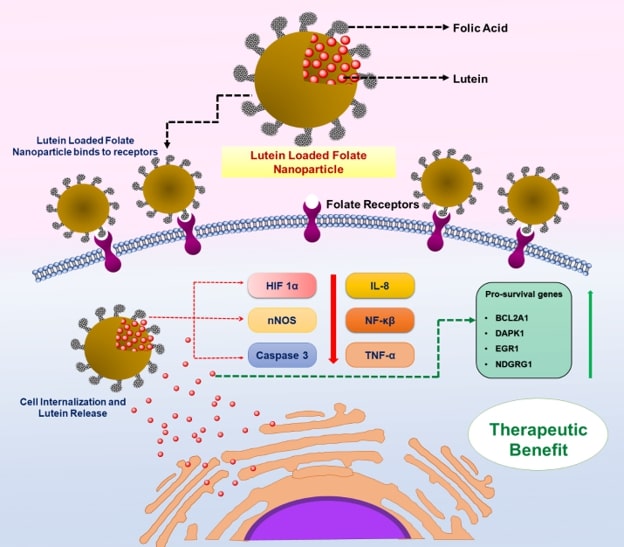 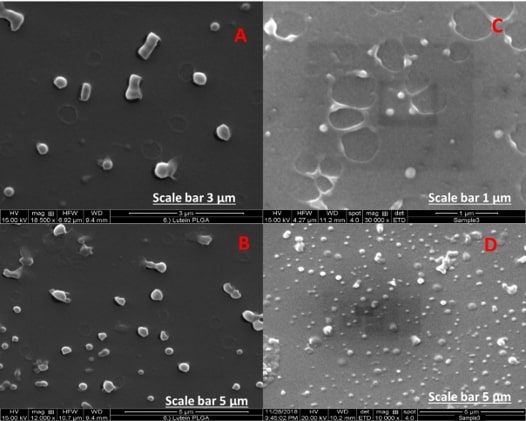 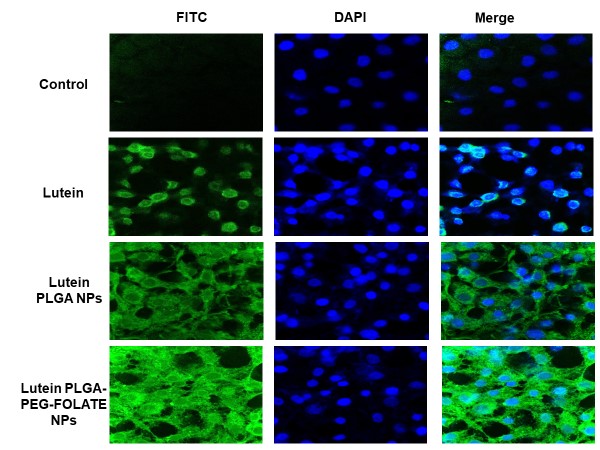