Effect of Polymers on Crystallization in Glass-Forming Molecular Liquids: Equal Suppression of Nucleation and Growth and Master Curve for Prediction

Purpose: Crystal nucleation plays a critical role in the stability of supercooled liquids and glasses and is often controlled through addition of polymers. Our goal is to study the effect of polymer on crystal nucleation.

Methods: The mixtures of D-sorbitol or D-arabitol with polyvinylpyrrolidones (PVPs) were prepared by cryo-milling and melting. Steady-state nucleation rates were measured using the one-stage and the two-stage methods. Polymorphs were identified by Raman spectroscopy, X-ray diffraction, and melting point. Component miscibility was verified by dependence of the glass transition temperature on concentration.

Results: A significant inhibitory effect of PVP on crystal nucleation has been observed. Near the peak temperature for nucleation rate (~ 20 K above the glass transition temperature), 10 wt % PVP can slow down nucleation by approximately one order of magnitude, and the effect increases with polymer concentration exponentially and with molecular weight. Remarkably, the polymer effect on nucleation rate is nearly the same as that on crystal growth rate so that the ratio of the two rates is nearly constant at a given temperature independent of polymer concentration and molecular weight. 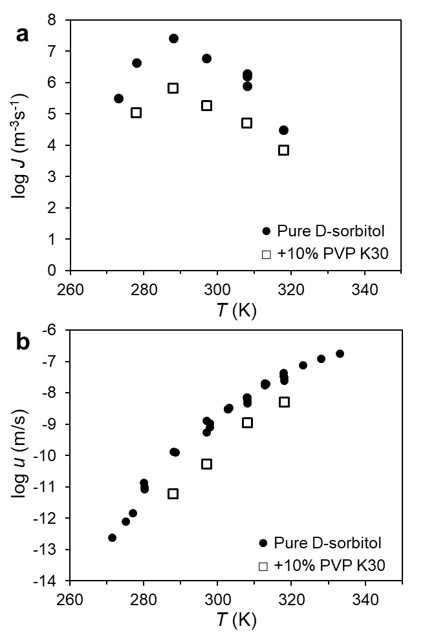 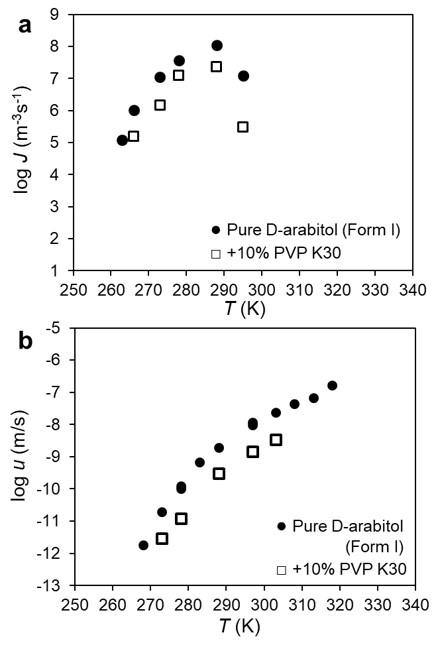 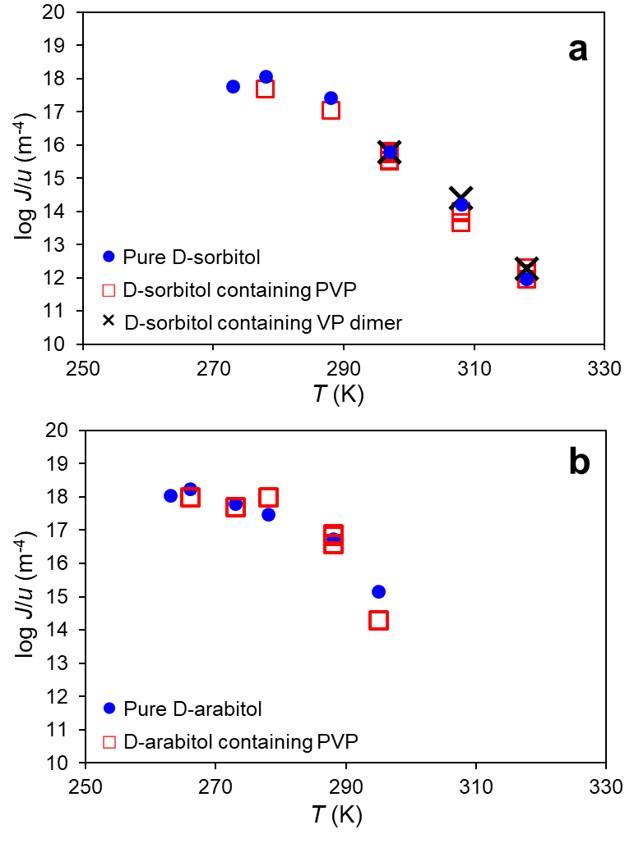