Purpose: Particle size distribution (PSD) is a critical quality attribute of suspension-based therapeutics. PSD affects not only the dose uniformity, physical stability, and dissolution properties of the product, but also its bioavailability. Laser diffraction (LD) is a commonly used technique for measuring PSD. However, in LD, the presence of heterogeneous polymeric excipients can complicate PSD analysis via either direct interference (overlapping signals) or through affecting particle-particle interactions, leading to potentially erroneous results. Using loteprednol etabonate (LE), brinzolamide (BRZ), and triamcinolone acetonide (TA) suspensions as model systems, we intend to demonstrate the challenges and solutions to addressing the influences of excipients on PSD measurement.

Methods: The commercially available suspension drug products often contain polymeric excipients, e.g., polyacrylic acid (PAA) for LE and BRZ, or carboxymethyl cellulose sodium for TA. A stepwise experimental design was used to determine the effect of each excipient on the accuracy and precision of LD measurements. Suspension PSD was measured by Malvern Mastersizer 3000 equipped with a MV dispersion unit. Particle free water and/or drug (i.e., LE, BRZ, or TA) saturated solutions were used as dispersants. Polarized light microscopy was used as an orthogonal technique to evaluate the suitability of the developed methods.

Results: The diffraction pattern of PAA was found to directly overlap with that of the LE and BRZ drug particles. A total background subtraction method using a placebo formulation was found effective in eliminating the PAA interference (Figure 1). Furthermore, drug dissolution in dispersant medium during PSD measurement resulted in underestimation of particle size, which was resolved by using drug saturated solution as the dispersant. On the other hand, suspension particles of TA exhibited greater particle-particle interaction and reversible agglomeration characteristics upon dispersion which may be due to interactions with the excipients. As such, LD settings such as stirring speed, sonication time, sonication power, sample dispersion techniques all impacted measurement reproducibility (Figure 2). Continuous sonication during measurement reduced the particle agglomeration, thus improved the measurement reproducibility.

Conclusion: Different LD methods have been developed to address the interference of excipients and minimizes inter-measurement variations in PSD. A similar strategy can also be applied to other heterogeneous dispersed systems where excipient interference could be of concern. Disclaimer: This abstract reflects the views of the authors and should not be construed to represent FDA’s views or policies. 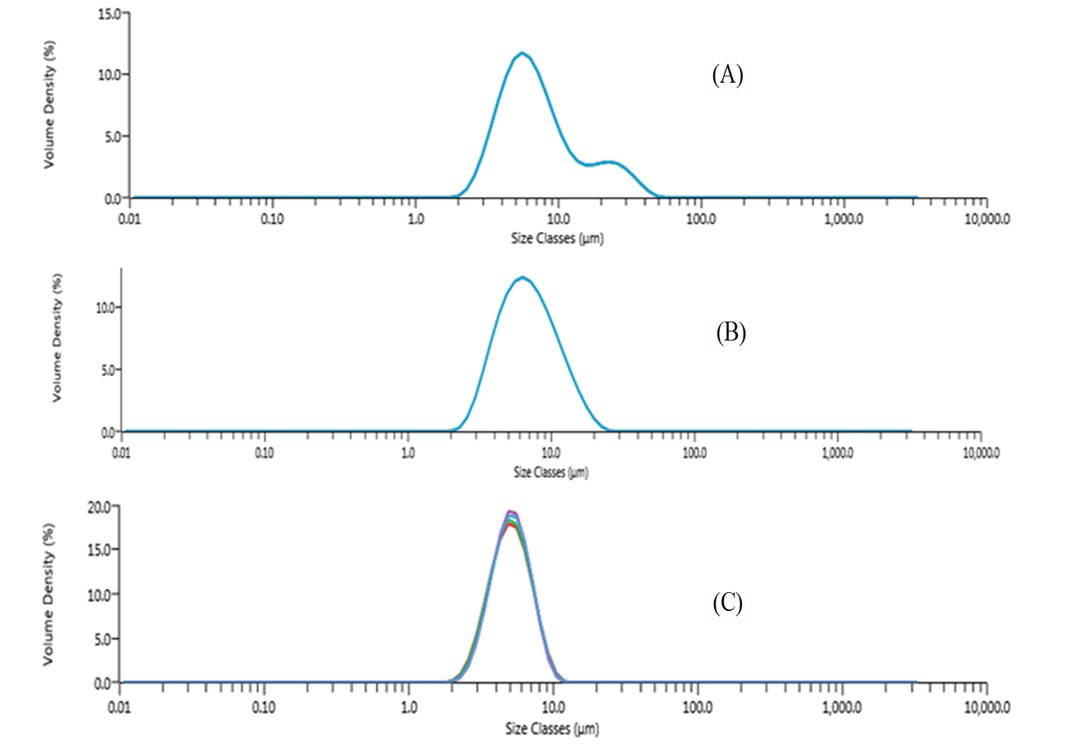 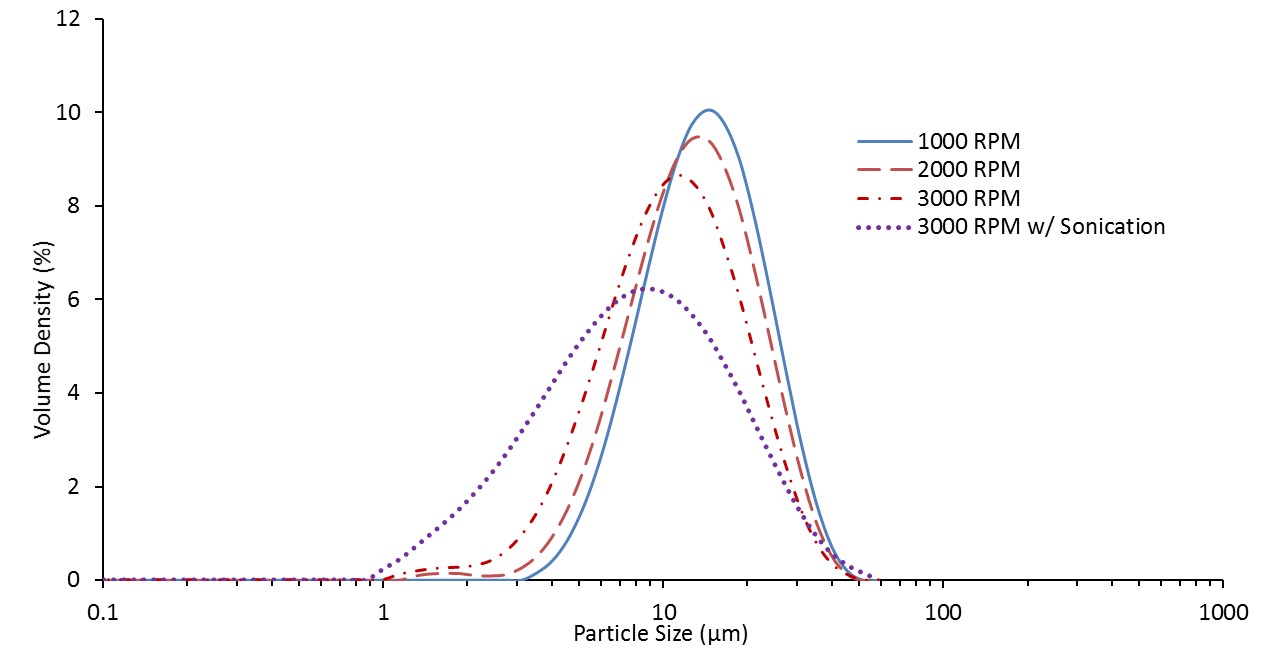