Purpose: Alcohol Use Disorder (AUD) has a major health impact, affecting over 18 million people, causing approximately 88,000 deaths, and costing upward of $220 billion annually in the US, meanwhile contributing to the increasing rates of alcoholic liver disease (ALD). Current FDA-approved AUD pharmaceuticals are scarce and ineffective for most patients suffering from AUD, factors further exacerbated by a complete absence of therapies designated for ALD. Therefore, the identification of novel targets or innovative methods for the development of useful medications is necessary. Our laboratory has established that P2X4 receptors (P2X4Rs) play a role in the regulation of ethanol intake. Additionally, we found that positive modulation of P2X4Rs by avermectin compounds (ivermectin [IVM]; moxidectin) significantly reduced acute and chronic ethanol intake in male and female mice. The lipophilic profile of IVM enhances its permeability in the CNS but is also a suitable substrate for P-glycoprotein (Pgp/ABCB1) efflux, thus limiting its utility for CNS based diseases. Recently, we have shown that reduced Pgp function using a potent inhibitor, tariquidar, significantly improved IVM dosing necessary to reduce ethanol intake. Furthermore, we have shown that dihydromyricetin (DHM), a bioflavonoid inhibitor of Pgp, enhances ethanol clearance, and hepatoprotection. To expand upon this concept of inhibiting Pgp to reduce the effective dose of IVM as a combinatorial strategy utilizing a hepatoprotective flavonoid, the present study tests the hypothesis that IVM combined with DHM modulates Pgp-mediated efflux and reduces the dosing of IVM necessary for therapeutic effects.

Methods: The combinatorial effects of IVM and DHM on ethanol consumption were assessed using a two-bottle choice drinking paradigm and within-subjects design. 36 male C57BL/6J mice (9/group/treatment) were used in this study. Mice had free access to one tube that contained tap water and the other with 10% ethanol v/v (10E) solution in tap water. Baseline values were collected over 7 days of daily saline injections and daily measurements of ethanol intake and preference. Mice then received one injection (i.p.) with either DHM at 5 mg/kg or 10 mg/kg and a second injection of IVM (0.5–2.5 mg/kg) 20 minutes post-DHM. Control groups received an injection of either DHM (5 or 10 mg/kg), IVM (0.5–2.5 mg/kg), or saline (control for injection effect, per se) followed by a second i.p. injection of saline to match conditions of treatment groups. Using a within-subjects study design, we designated 9 mice per group and randomized drug/vehicle treatments between all groups after each study period, which ended once 10E consumption values returned to baseline. Notably, consumption of 10E returned to baseline levels prior to the administration of each subsequent dose of IVM tested.

Conclusion: The combination of DHM and IVM supports our hypothesis that DHM interference of Pgp efflux can improve the efficacy of IVM on ethanol intake and preference by 1.6 fold. Simultaneously, this combinatorial strategy provides a dose of DHM, a Pgp inhibitor, that we recently reported efficacious in enhancing the clearance of ethanol and providing protection to the liver against ethanol injury. This work illustrates how targeting Pgp efflux activity can lead to significant improvements in drug activity (e.g., improved resident half-life) that are hampered by the BBB. Furthermore, the development of a combinatorial therapy that aims to reduce ethanol intake/preference and provide hepatoprotection against ethanol injury represents a novel strategy that could be used in patients that suffer from AUD and the subsequent development of ALD. Moreover, as IVM is already approved for human use, this strategy could accelerate the advancement of therapies into the clinic. Ultimately, by targeting multiple pathways with this combination of avermectins and hepatoprotective substrates of Pgp, we can improve drug efficacy at safer doses and develop needed therapies for patients suffering from AUD and ALD. 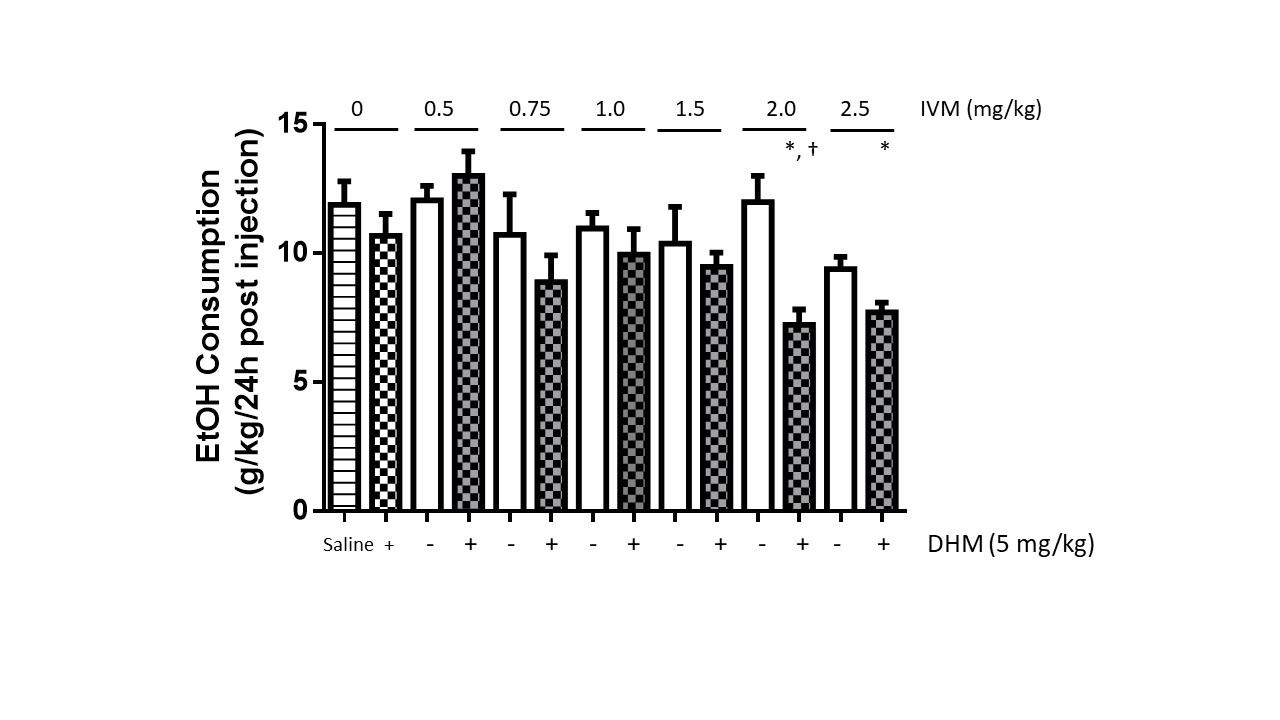 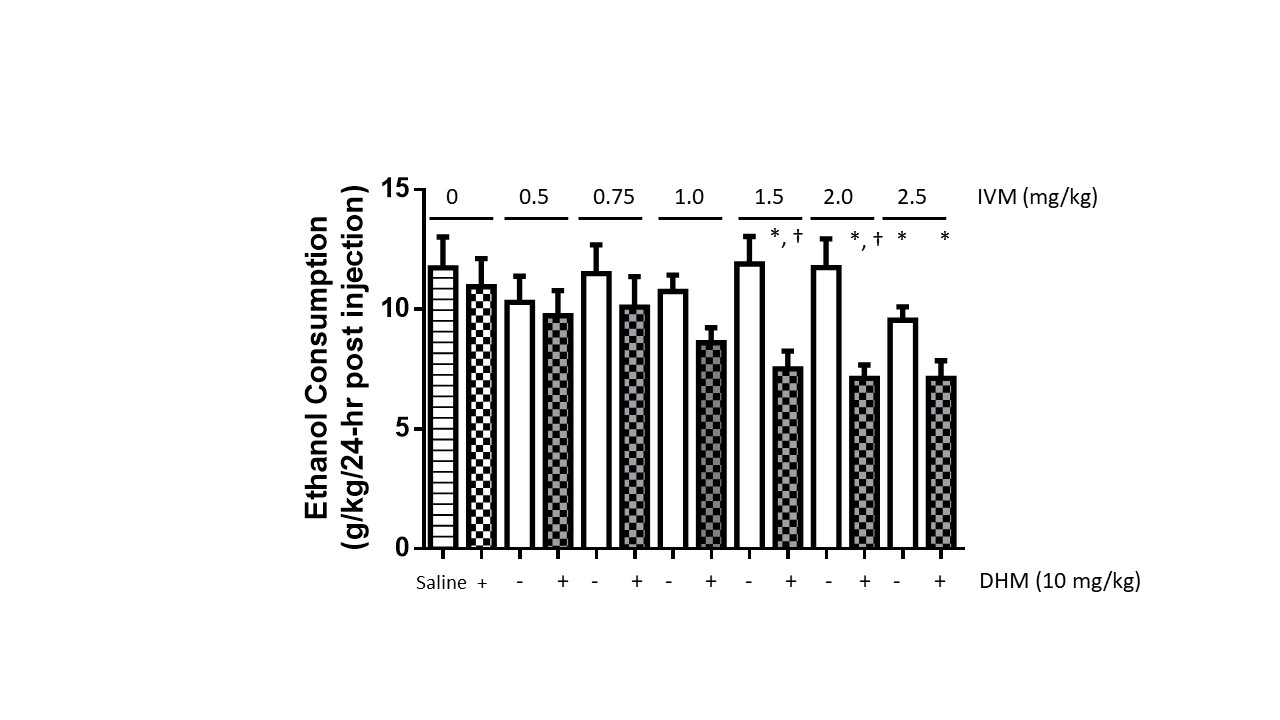