Purpose: Oxidative reactions are one of the most common degradation pathways for active pharmaceutical ingredients (APIs), involving 1-electron processes via peroxy radicals and 2-electron processes.  For liquid formulations, several factors can impact oxidative instabilities including pH, excipient impurities, headspace oxygen and photo-oxidation.  Photo-oxidation mechanisms can involve peroxy radical and peroxide reactions as well as degradation via singlet oxygen, an electronically excited state of molecular oxygen formed by photosensitizers in the presence of light.  Compound A is stable to photo-stress; however, the drug product formulation of Compound A is more susceptible to photo-stress due to excipients – most likely histidine. Commonly used pharmaceutical excipients, such as histidine, can be susceptible to photo-oxidation and act as photosensitizers. 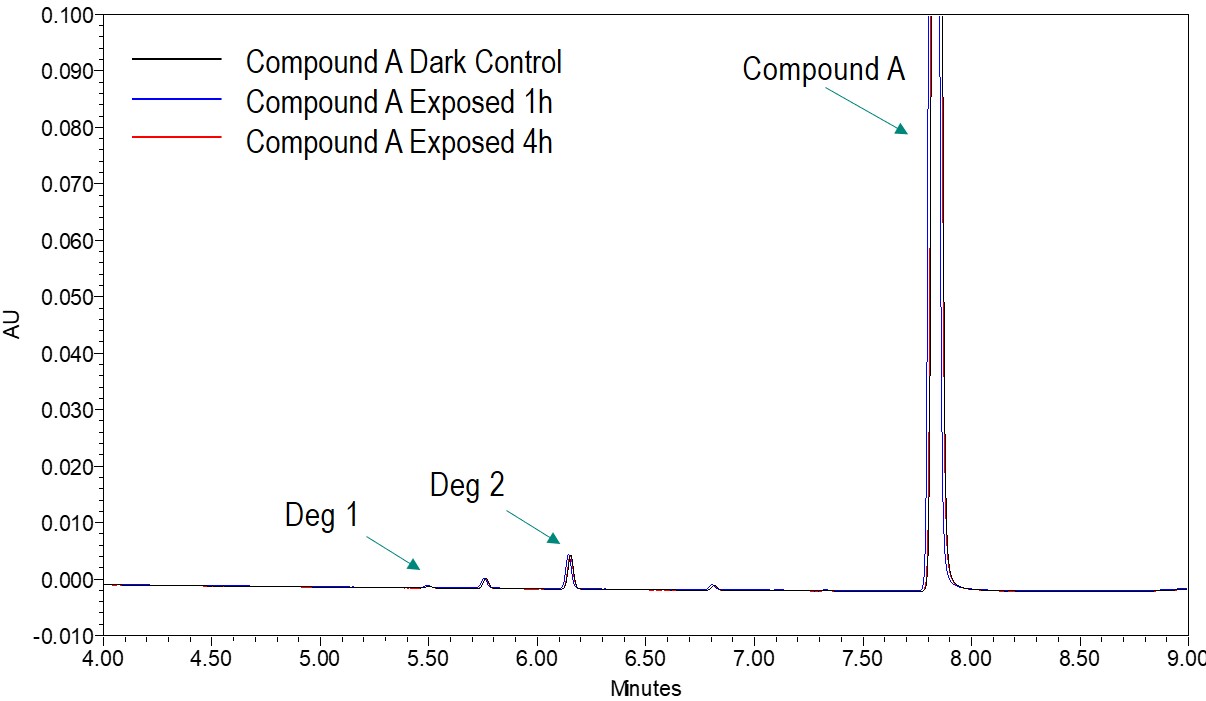 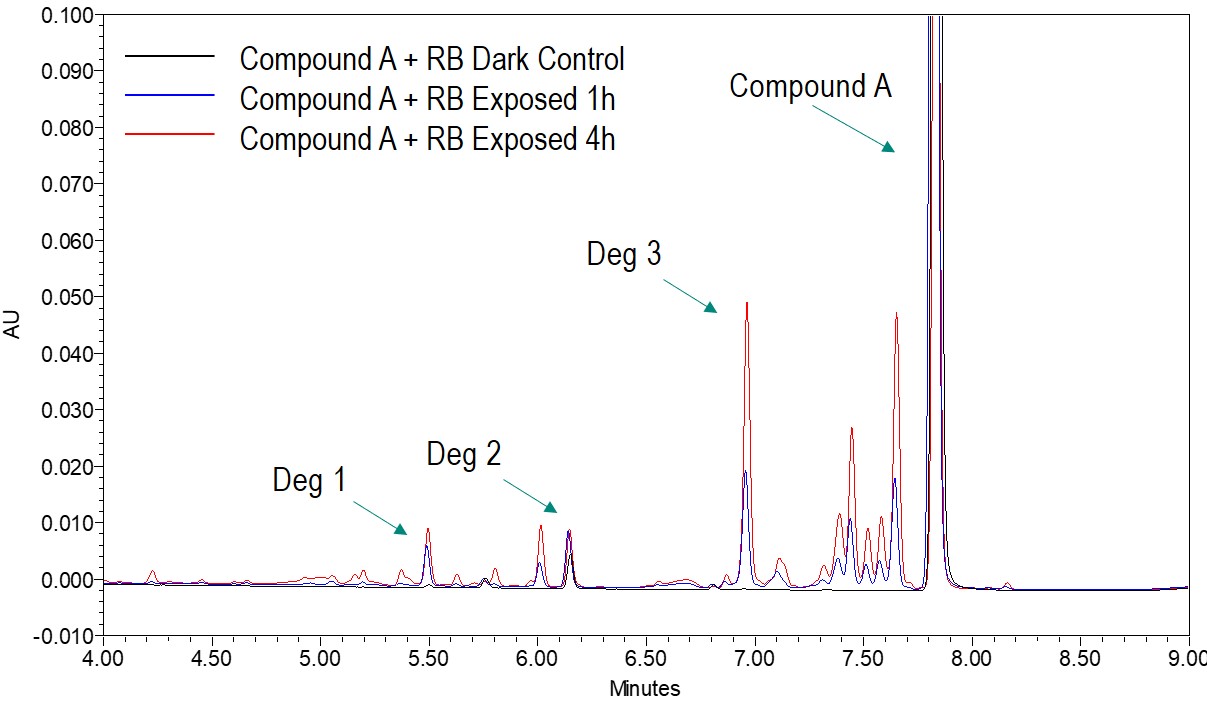 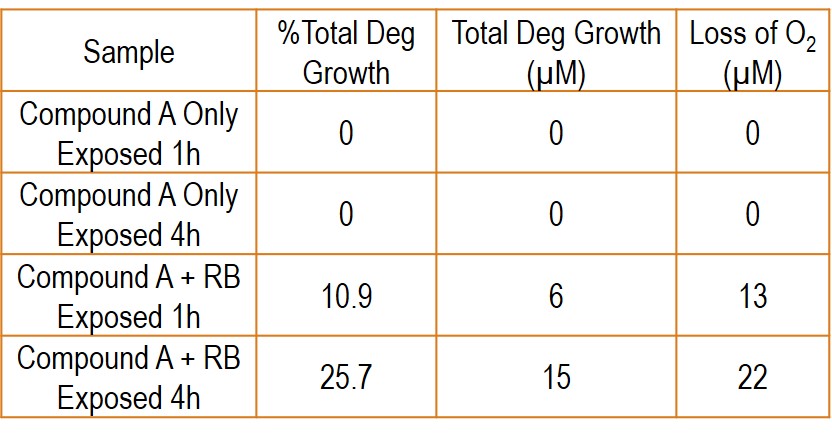