Purpose: Poly (amidoamine) (PAMAM) dendrimers are widely used in drug delivery systems and gene transfection as drug carriers. They also exert several biological effects including modulating gene expression and interfering with transactivation of epidermal growth factor receptors; EGFR and HER2. HER2 is a major oncogene driving the proliferation of HER2-positive breast cancer cells and represents an important drug target in the treatment of breast cancer. However, it is unknown whether PAMAMs can inhibit the activation of HER2 in breast carcinogenesis and whether this effect depends on the physicochemical properties of these polymers. In this study, we explored the anti-cancer effects of different generations and surface chemistries of PAMAMs on HER2-positive breast cancer cell lines.

Results: In contrast to G6OH, and G5.5COOH PAMAM dendrimers, cationic (-NH2) dendrimers exerted significantly greater anti-cancer effects against HER2-positive breast cancer cells with G6 being more effective compared to G4. Cationic G6 PAMAMs significantly decreased the viability of the studied cell lines down to 5.1% in SK-BR3 and to 5.7% in ZR-75 cells (p< 0.001) (Figure 1), in a dose- and time-dependent fashion. In addition, cationic PAMAMs resulted in several changes in the cell morphology, as cells lost their shape and membrane integrity. Further, colony formation in soft agar was inhibited upon treatment with cationic PAMAMs compared to controls and other PAMAMs studied (p< 0.05) (Figure 2). Moreover, Western blot analysis revealed that cationic PAMAMs inhibited the phosphorylation of ErbB2, EGFR, and ERK1/2 and upregulated the expression of JNK1/2/3, similar to lapatinib, a clinically used inhibitor of HER2 receptor phosphorylation. Cationic PAMAMs also altered the expression of other proteins responsible for apoptosis and proliferation, as they decreased the expression of BCL-2, an anti-apoptotic marker; while they increased the expression of BAX and Caspase-3, pro-apoptotic markers compared to controls (Figure 3).

Conclusion: The exhibited anti-HER2-positive breast cancer effects of PAMAMs were surface chemistry and generation-dependent, as they were more pronounced in cationic PAMAMs and higher generations. Further, these effects were comparable to a well-known anti-HER2 drug, lapatinib. Together, our results highlight a potential role of PAMAMs as a new class of anti-HER2 agents, either to act solely or to add benefit to current treatments. Acknowledgements: This work was supported by Qatar University Student Grants [QUST-1-CPH-2020-12, QUST-2-CPH-2019-18, and QUST-1-CPH-2019-6]. 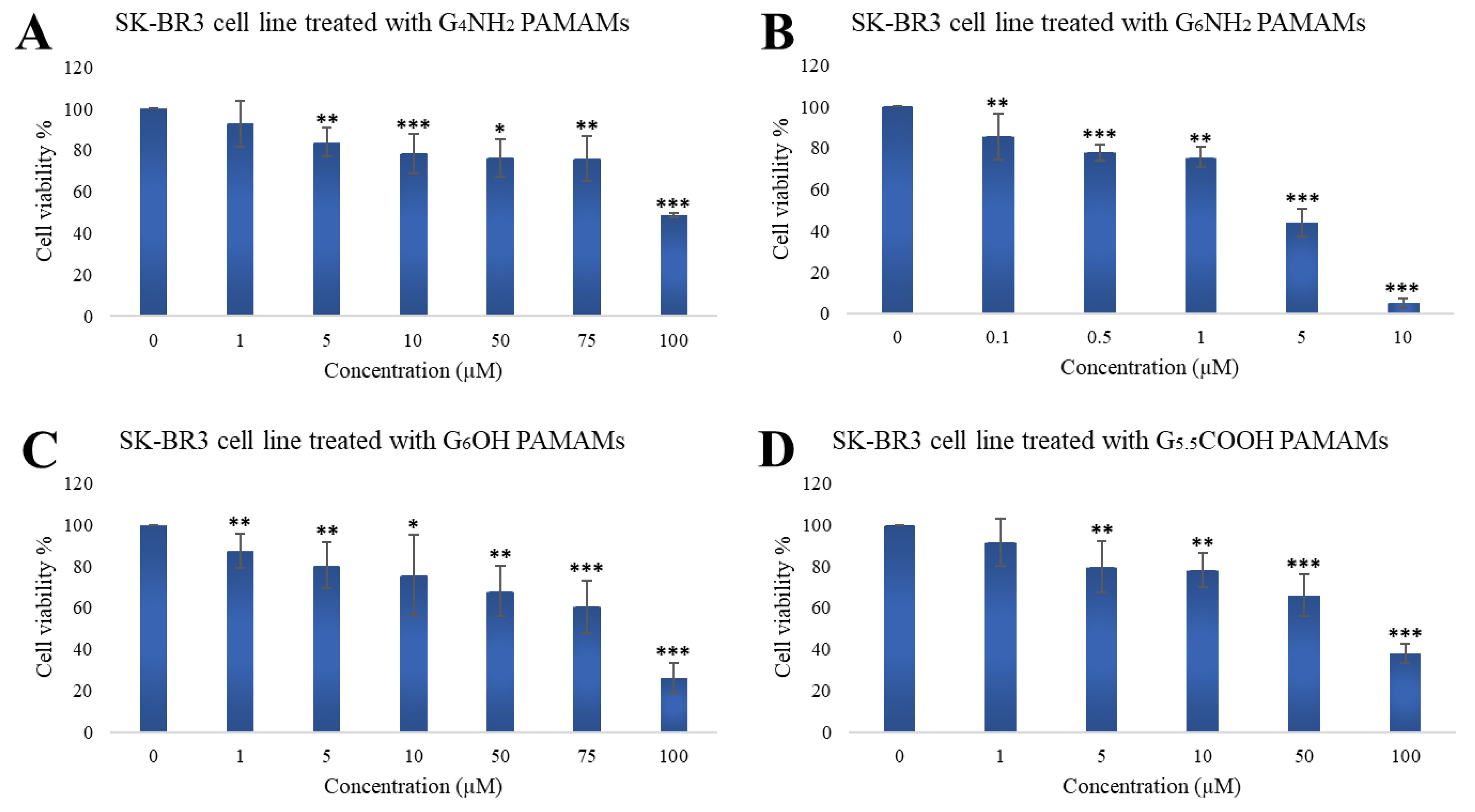 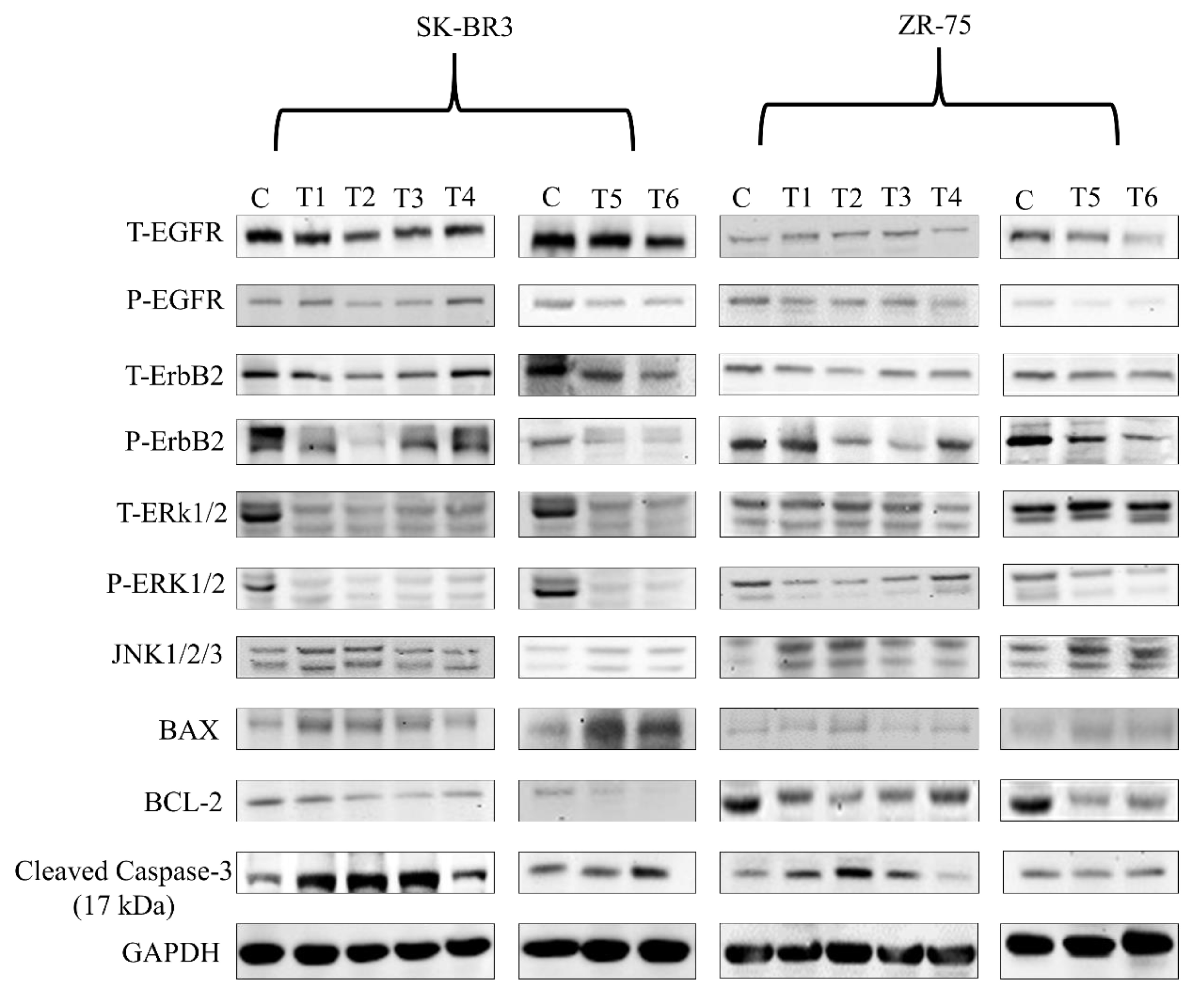