Purpose: The triphenyl phosphonium residue is a well-documented mitochondriotropic that when conjugated to various biomolecules has been shown to improve the accumulation of these biomolecules in mitochondria. Stearyl triphenyl phosphonium (STPP) has been used to prepare liposomes with the ability to specifically accumulate in mitochondria. STPP modified liposomes have been shown to facilitate the selective accumulation of various biomolecules in mitochondria resulting in improved effect in vitro and in vivo. More recently, STPP was reported to have selective toxicity towards the drug resistant ovarian cancer cell line (Ovcar-3). The purpose of this study is to further investigate the mechanism of the selective toxicity using multiple cell lines and carrier systems. The working hypothesis of this study is that STPP toxicity is greater towards cell line that have a higher mitochondrial membrane potential.

Results: STPP liposomes and STPP micelles showed a mean particle size of 163 + 7 nm and 20 + 5 nm respectively. The zeta potential for STPP liposomes were 28 + 3 mV and STPP micelles were 23 + 2 mV. The cytotoxicity data suggested that STPP in DMSO to be most toxic to all the tested cell lines while STPP micelles to be the least toxic. The codelivery (PC: Chol + STPP) showed similar toxicity as STPP liposomes. The JC-1 dye showed significantly higher accumulation in Ovcar-3 compared to A2780 and A549 suggesting that Ovcar-3 has higher mitochondrial membrane potential compared to A2780 and A549. Co-relating the JC-1 data with cytotoxicity data of STPP liposomes, it was seen that STPP liposomes tend to be significantly more toxic towards cell lines with a higher JC-1 dye accumulation at a similar concentration. Selective toxicity towards drug-resistant tumor cells was only observed with STPP liposomes.

Conclusion: The cytotoxic effect of STPP is influenced by the mitochondrial activity of the cell line and the carrier system used warranting further investigation of its effect in additional cell lines and at a wider range of concentrations. 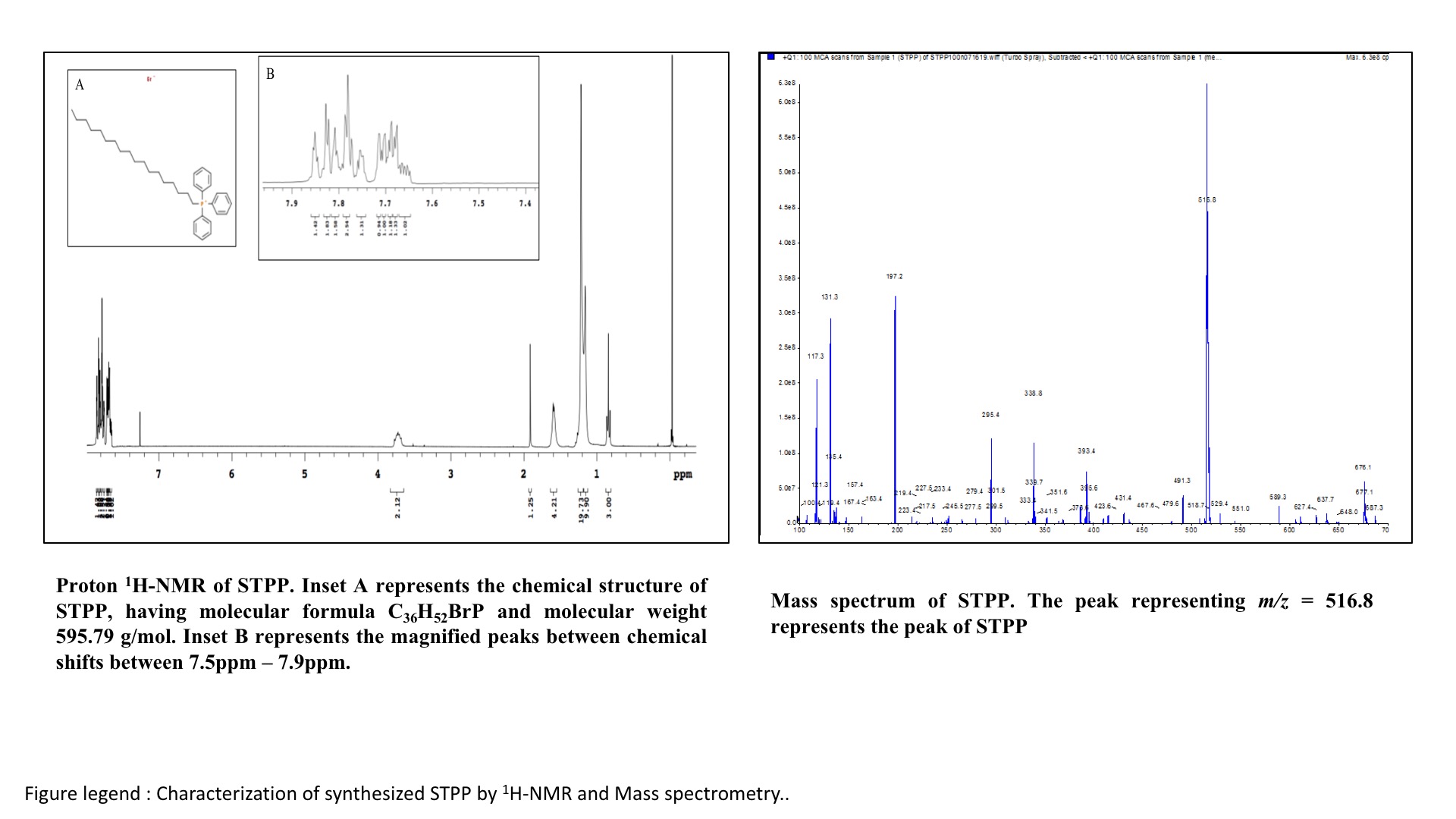 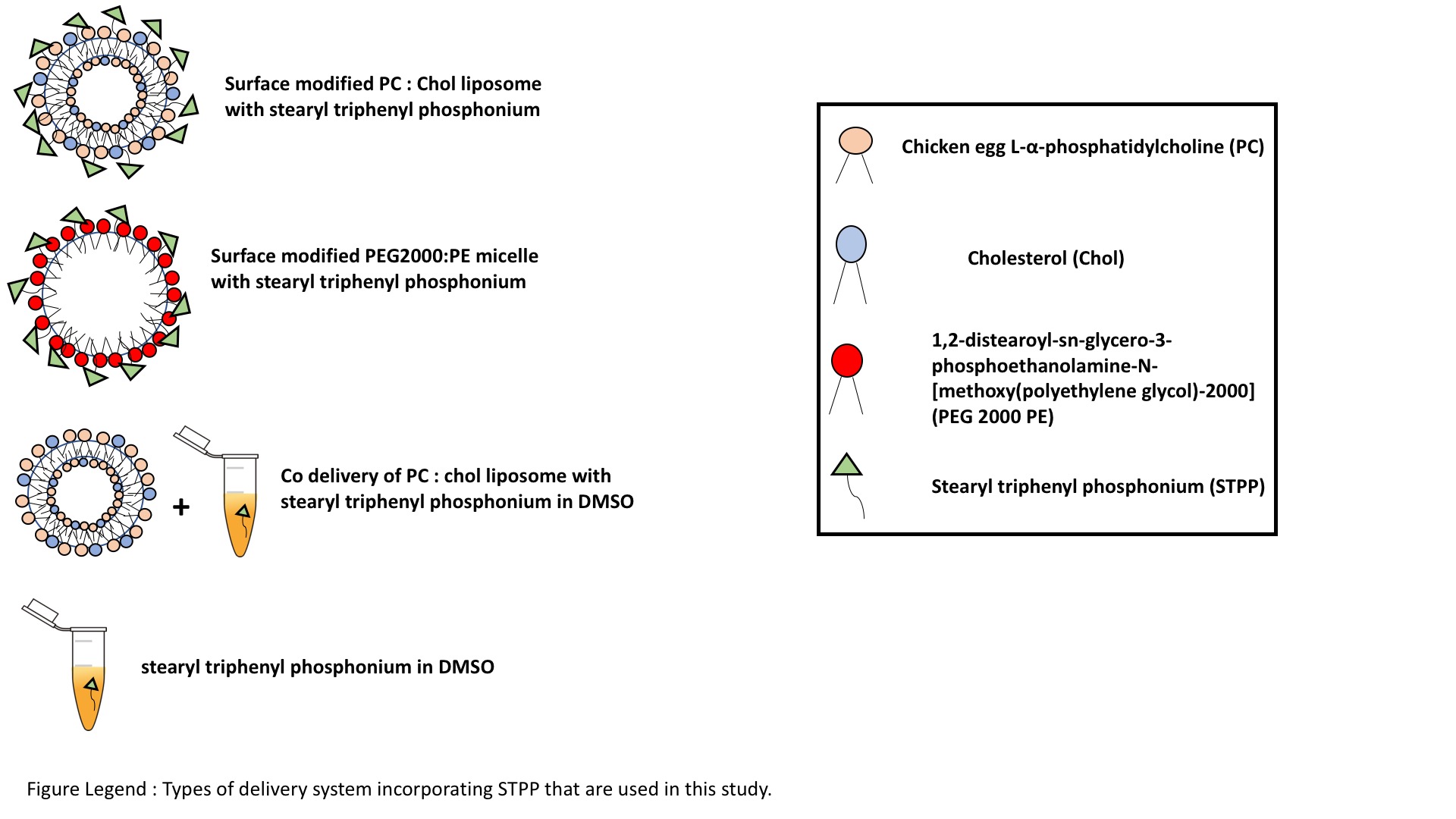 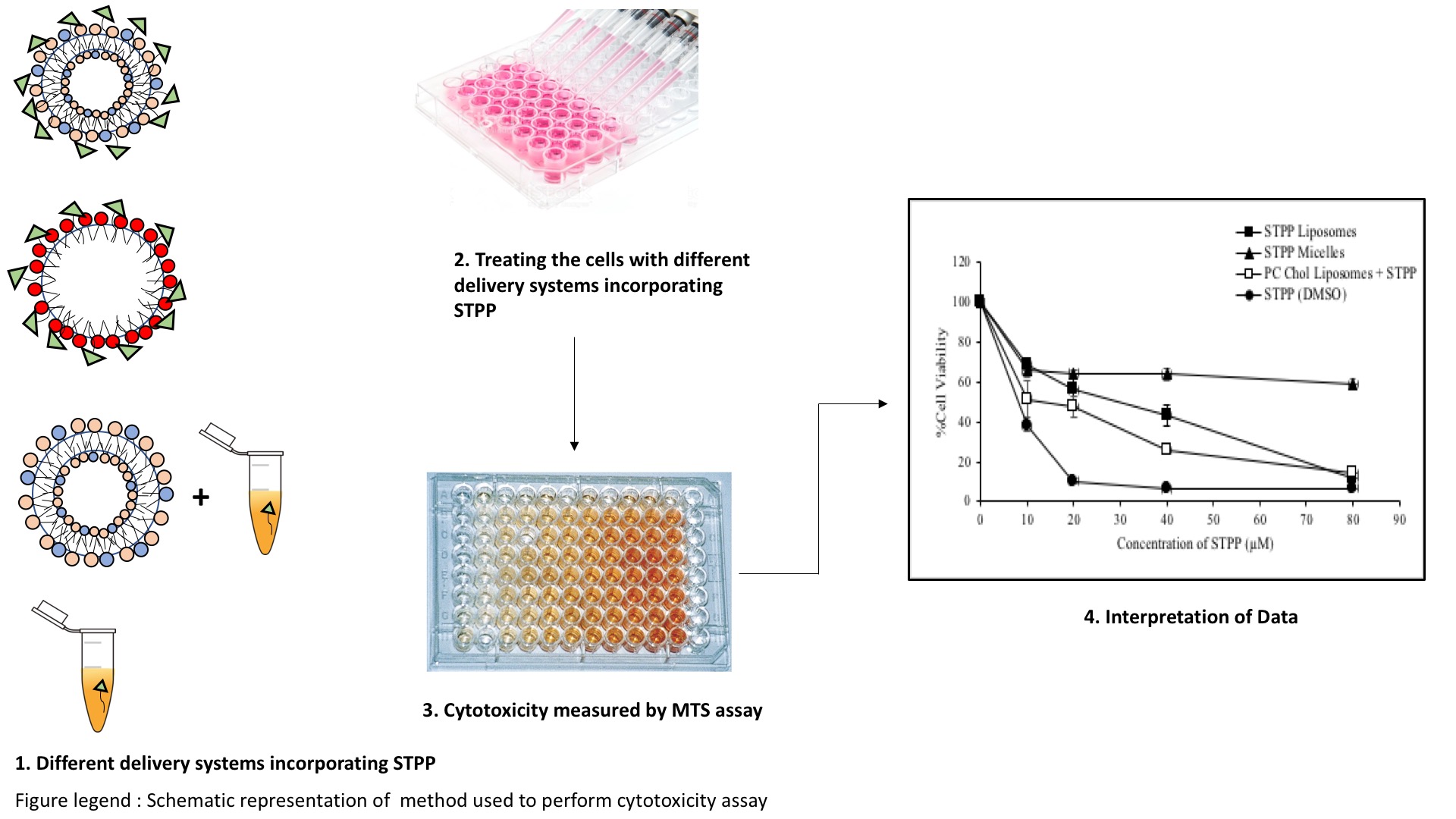