Results: All the filaments prepared had desired mechanical properties suitable for 3D printing. TGA revealed that the polymers and APAP were thermally stable at temperatures used in HME (160 °C) and 3D printing (190 °C). All the tablets prepared had a density lower than 1.01 g/cm3 (density of gastric medium) and were able to float immediately when introduced in dissolution media without lag time. All the three factors studied (% drug load, shell thickness, and % EC) influenced the drug release kinetics. The drug load had a positive impact implying drug release increased with an increase in drug load whereas both EC % and shell thickness had a negative impact, drug release decreased with an increase in EC concentration and shell thickness. Both % APAP and % EC were found to significantly influence the drug release at 2h, 6h, and 10h (p< 0.05), whereas shell thickness had a significant effect at 2h and 6h and did not show an impact at 10h (p=0.0636). No significant interactions (product of two factors) were seen between all three factors (p >0.05) implying there is no influence of one factor on the response of another factor at any level, but at 10th hour, when shell thickness lost effect, there is an interaction between drug load and % EC (p=0.0053). APAP is freely water-soluble drug, so as the % APAP increased in the formulation, the drug release increased. EC is a hydrophobic and water-insoluble polymer, as % EC increased in the formulation, drug release decreased. The tablet shell has a separate fill pattern and denser structure compared to other parts of the tablet. Thus, a thicker shell successfully prolonged the entry of dissolution media and resulted in a sustained drug release.

Conclusion: Sustained-release gastro retentive floating tablets were successfully developed and the effect of both process and formulation variables on drug release properties was evaluated using a QbD approach. The drug release from sustained-release tablets can be tailored to attain desired drug release characteristics by altering the composition and tablet structure (shell thickness). In conclusion, FFF 3D printing combined with the QbD approach is a novel means of manufacturing dosage forms with customized drug release properties for personalized pharmacotherapy. 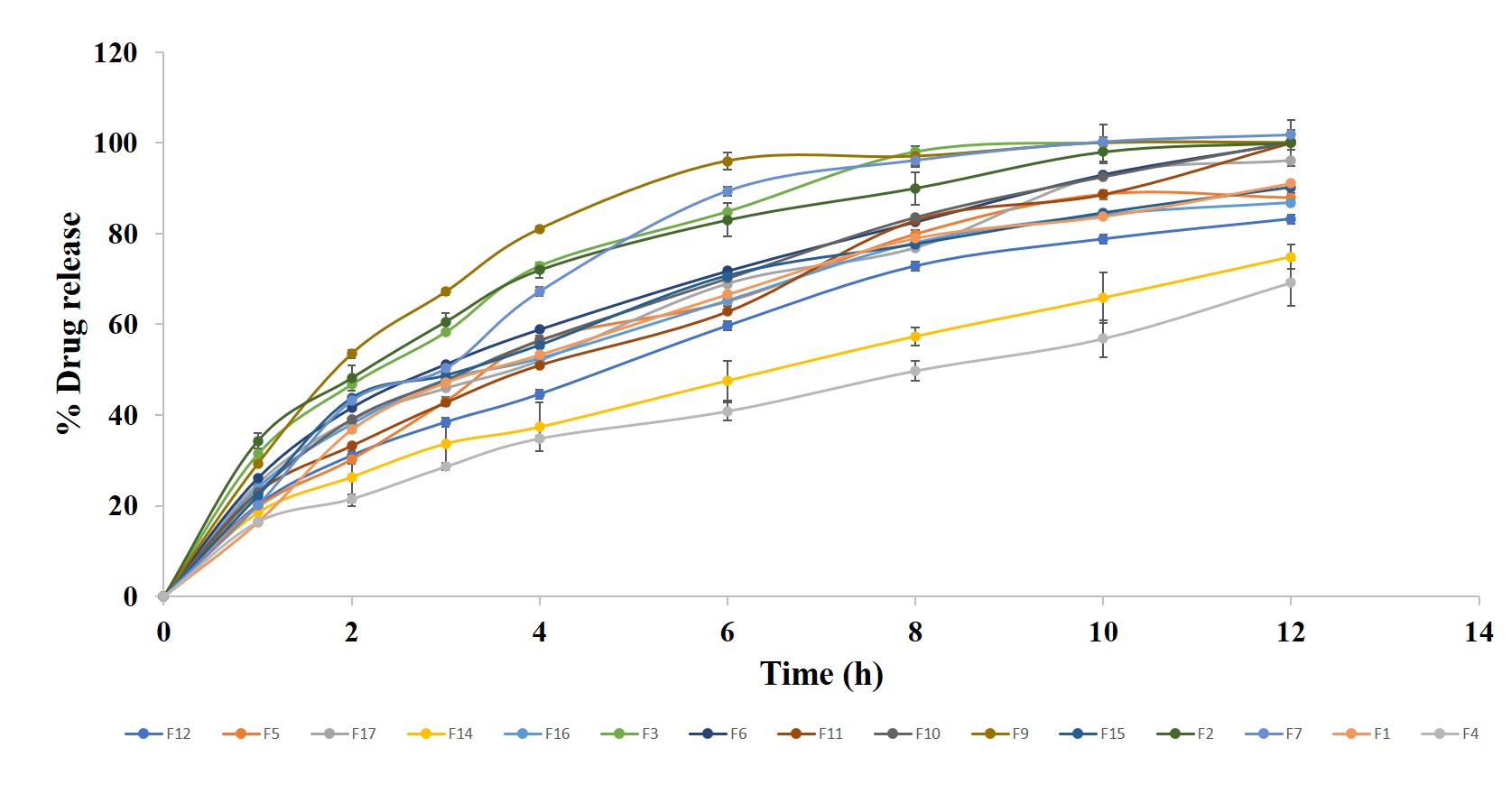