Purpose: One in every six deaths in the world is due to cancer, making it the second leading cause of death globally. To effectively treat cancers, therapies must typically reach as many cancer cells as possible. However, current therapies against solid cancers fail in part due to their inability to penetrate through the extracellular matrix (ECM) of tumors and reach the cancer cells at therapeutic concentrations. The tumor ECM forms a net negative charged network that hinders the transport of drugs and drug carriers based on their intermolecular interactions. Traditionally, the focus of drug delivery to solid tumors has been to develop delivery systems with neutral charge coatings to minimize interactions with the ECM for improved transport. Recently, literature suggests that there is an association between the surface charge of carriers with their transport through the tumor ECM—however, the mechanism of how charge-based interactions impact transport and penetration within the tumor microenvironment is not well understood. In biological hydrogels such as mucus and cartilage ECM, it has been demonstrated that positively charged molecules have improved tissue penetration compared to net neutrally charged molecules based on charge-driven transport via Donnan partitioning. Building on these insights, the goal of this work is to demonstrate that Donnan partitioning enables the uptake and permeation of positively charged nanoparticles for increased penetration through net negatively charged tumor ECM (Fig. 1).

Methods: We used genetically engineered T7 bacteriophage (phage) as a model biological nanoparticle to display peptides of different charges (positive, negative, or neutral) on its surface and investigated the effect of charge-based transport through tumor ECM. The transport of the surface-modified phages through tumor-like ECM was measured using a Transwell assay. We also compared the uptake and retention of the peptide-presenting phage in tissue slices derived from pancreatic tumor xenografts. Next, we investigated the role of electrostatic interactions by performing alanine mutagenesis on the Positive-peptide to alter all the basic amino acids that are likely responsible for the interactions with the net negatively charged tumor ECM. The tumor tissue uptake and retention of the alanine mutant phage were compared with the positive phage. To confirm binding and Donnan partitioning of the Positive-phage with the tumor tissue, we performed a competitive binding experiment.

Results: In contrast to most studies, we found a positively charged peptide “surface” enhanced the penetration, uptake, and retention of T7 phage in tumor-like ECM and tumor tissue when compared to neutral and negatively charged peptides. The Positive-phage penetrated ~2500-fold and ~250-fold more through the tumor-like ECM compared to the Negative- and Neutral-phage, respectively (Fig. 2a). Similarly, the Positive-phage had two-fold higher equilibrium uptake and 7-fold higher retention in the tumor tissue compared to the neutrally charged peptide-presenting phage (Fig. 2b & 2c). Transport studies with systematic alanine mutagenesis of T7 show that electrostatic interactions between the basic amino acids of the Positive-peptide with the net negative tumor ECM are likely responsible for the higher tumor tissue uptake and retention. After alanine mutagenesis, the uptake and retention of the phage decreased significantly compared to the Positive-phage (Fig. 3.). Mechanistically, the positively charged particle partitioned into the tumor tissue (with an equilibrium partition coefficient of ~6) due to electrostatic interactions. Further, weak and reversible binding of the phage solute with the tumor bed (with an equilibrium dissociation constant of ~230 nM) allowed for deep penetration within the tumor tissue. Additionally, the positive phage has a high number of intra-tissue binding sites in the tumor microenvironment (~4 µM) that enables almost 100% retention in the tumor tissue up to 24 hours. These results indicate that the net negative tumor ECM can act as a depot for positively charged particles to improve drug penetration and enhance tumor retention.

Conclusion: We observed Donnan interactions, which allowed the particles to partition from the equilibration bath into the tumor tissue. Reversible binding with the tissue allowed the particle to penetrate deep inside the tissue. These findings shed light on an underexplored but important mechanism of charge-driven transport in the tumor microenvironment. This work can potentially transform the current design of the surface chemistries of drug delivery systems for better transport and ultimately improve therapeutic index and outcomes in solid cancers. 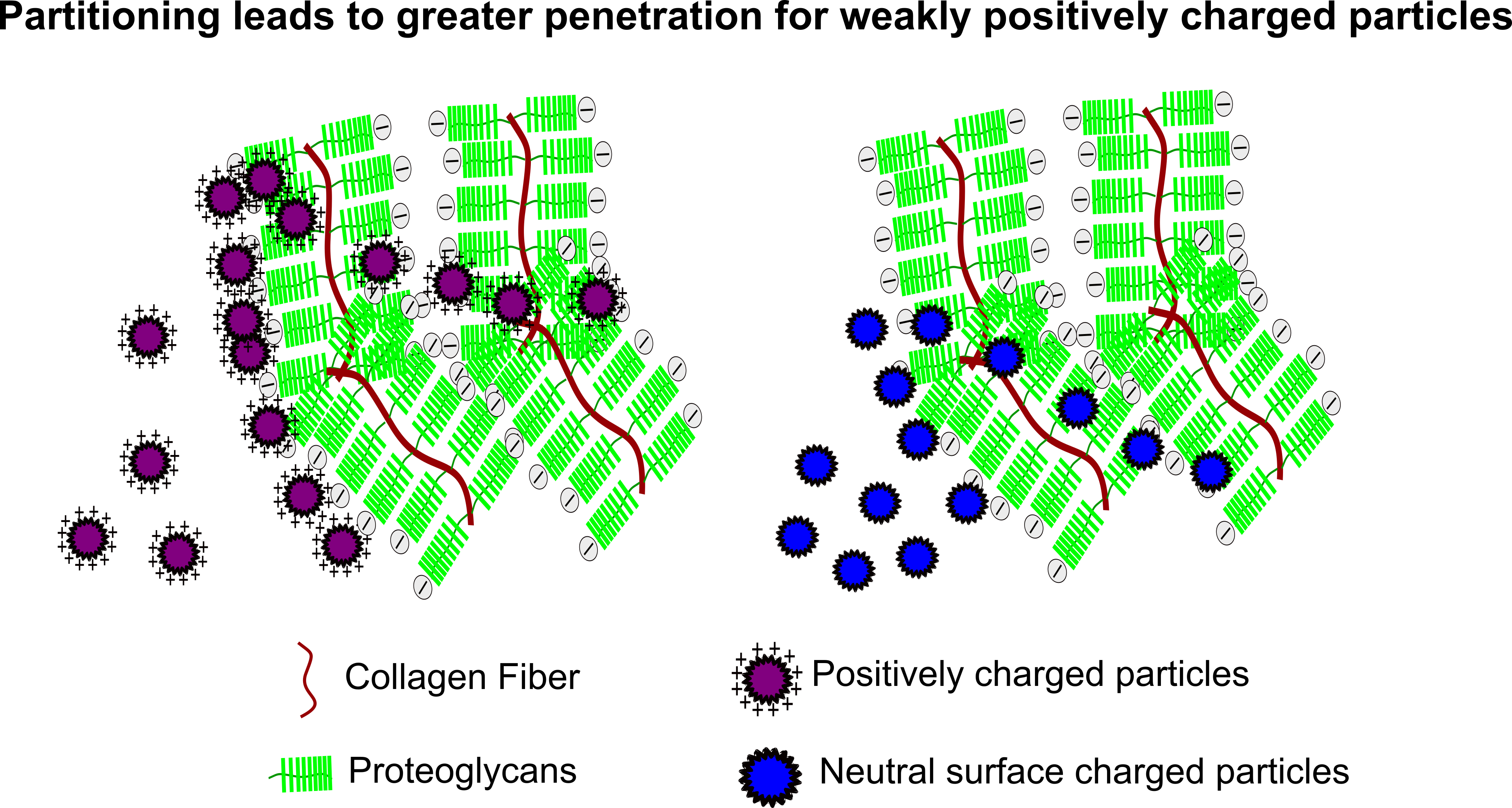 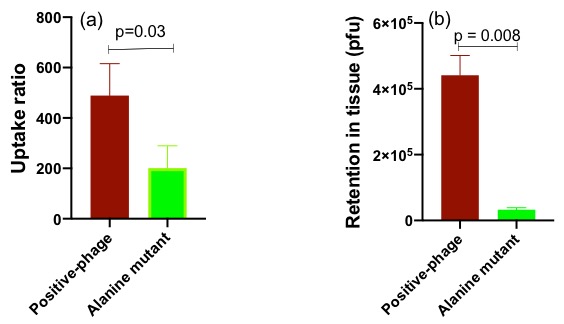