Purpose: Lung cancer is an insidious and often asymptomatic condition, usually diagnosed at a late stage, thus necessitating rigorous treatment upon diagnosis. Current first-line treatments like cisplatin-based and gemcitabine-based combinations have disadvantages like poor response rate, rapid relapse, and severe side effects due to non-specific treatment. Thus, the lung cancer mortality rate continues to be high. To overcome these limitations, nanoparticle-mediated therapy is being investigated for inhalational lung cancer drug delivery. The lung, however, has a dynamic environment containing alveolar macrophages that are actively involved in phagocytosing foreign objects entering the respiratory tract. The present research focuses on developing an inhalable biomimetic nanoparticle (NP) platform coated with commercially available lung surfactant (Infasurf), which can be retained in the lungs for longer periods of time. The NPs are expected to provide effective treatment of lung cancer through the sustained release of gemcitabine (GEM)-paclitaxel (PXT) combination over time.

Results: Particle size, ζ potential and polydispersity index (PDI) of LS_PLGANPs was found to be 188 ± 0.4 nm, -32 ± 1.3 mV and 0.137 ± 0.03 respectively. TEM images indicated that the NPs were spherical in shape and their size coincided with the DLS data. The NPs were fairly stable at 37 °C in PBS, FBS and Gamble’s solution. The EE % of GEM and PTX were found to be 39 ± 1.15 % and 68 ± 3.01 % respectively. Confocal imaging and FTIR analysis of the NPs confirmed the successful lipid coating. The drug-loaded NPs were analyzed for in vitro release of both drugs in PBS at 37 °C. The drugs released from the NPs displayed an initial burst release, followed by a sustained release over a period of 21 days. Cellular uptake study of Coumarin-6 dye-loaded NPs displayed a significantly lower uptake of LS_PLGANPs by NR8383 in comparison to the A549 cell lines.

Conclusion: We have successfully synthesized and characterized stable LS_PLGANPs with an average size of 188 nm. Significantly lower uptake of LS_PLGANPs than PLGANPs was observed in NR8383 cells, indicating that LS_PLGANPs can potentially evade macrophage uptake. As part of our future work, in vitro and in vivo therapeutic efficacy and macrophage evasion by LS_PLGANPs will be investigated. In vivo studies to confirm longer retention of LS_PLGANPs in the lungs when compared to free drugs and uncoated PLGANPs following inhalation will also be done. 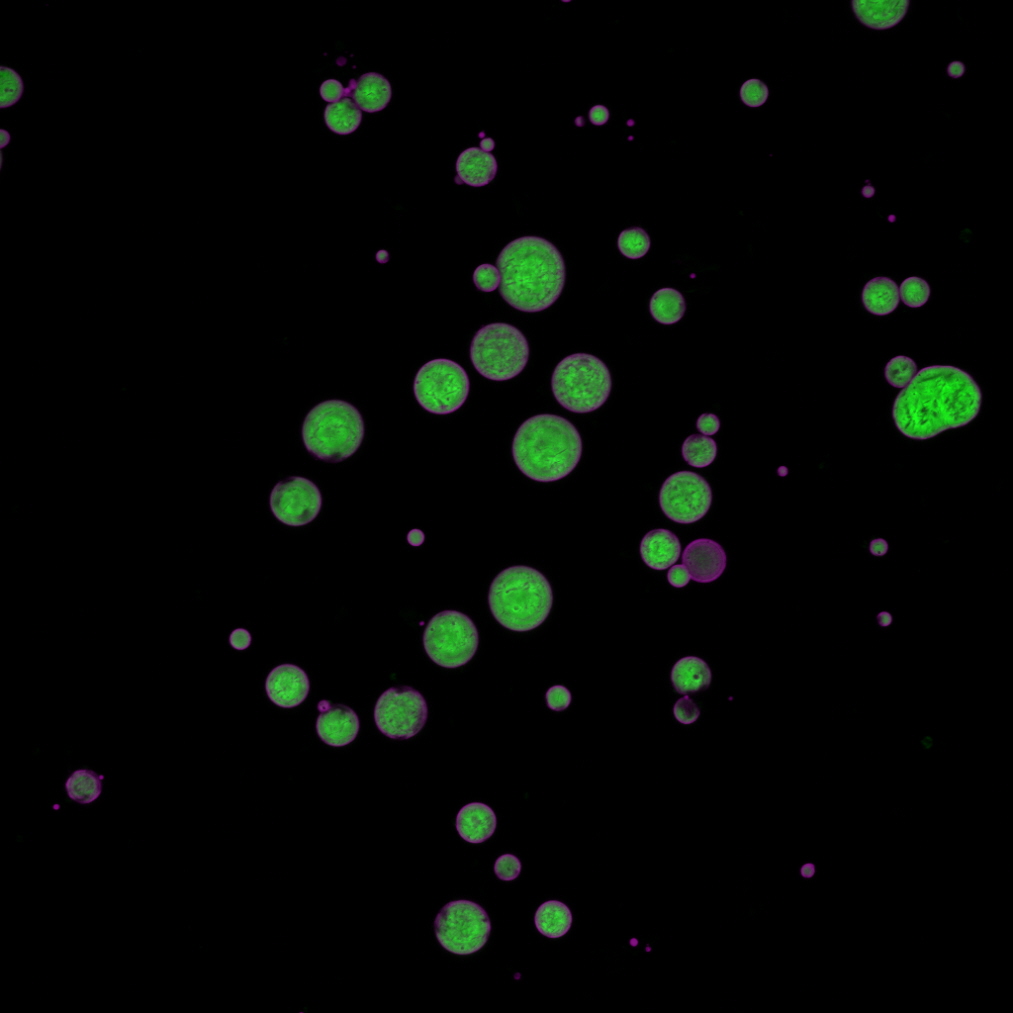 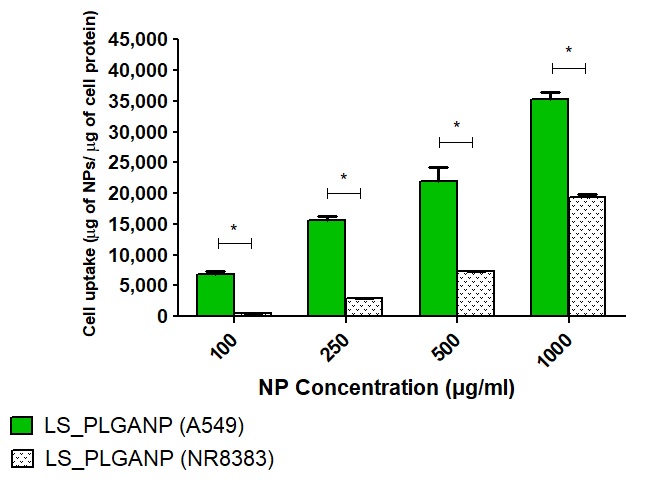