Purpose: Clofazimine (CFZ) is a weakly basic small molecule drug indicated for the treatment of a variety of mycobacterium. CFZ precipitates in crystal-like drug inclusions (CLDIs) which are phagocytosed by macrophages throughout the body. This phase transition induces changes in CFZ volume of distribution (Vd) with continuous drug loading. This study intends to model the CLDI-induced increasing Vd to better understand the pharmacokinetics of CFZ during the phase transition. With a more accurate understanding of CFZ distribution, a more informed dosing regimen can be utilized to treat mycobacterial infections.

Results: When compared to standard compartmental models, the growth Vd model was more accurate in predicting drug concentrations in both the serum and spleen after repeated dosing, with an OFV improvement of 95.6. The correlation between predicted and observed values shows an improvement in R2 from 0.84 in the base model compared to 0.98 with the growth Vd model. The Vd of CFZ was estimated to increase from 60 L/kg to 368 L/kg over the course of 20 weeks of drug loading. This corresponds to an estimated 97% of total measured CFZ sequestered in CLDIs by the end of the 20-week study.

Conclusion: Including a nonlinear component in pharmacokinetic models for drugs like CFZ that undergo phase transitions greatly improves prediction and brings better understanding for how these molecules distribute throughout the body. As the percentage of administered drug undergoing phase transition increases, the resulting Vd increases accordingly. For these drugs, it is important to understand how the pharmacokinetics may deviate from traditional compartmental kinetics in order to better identify therapeutic dosing regimens. 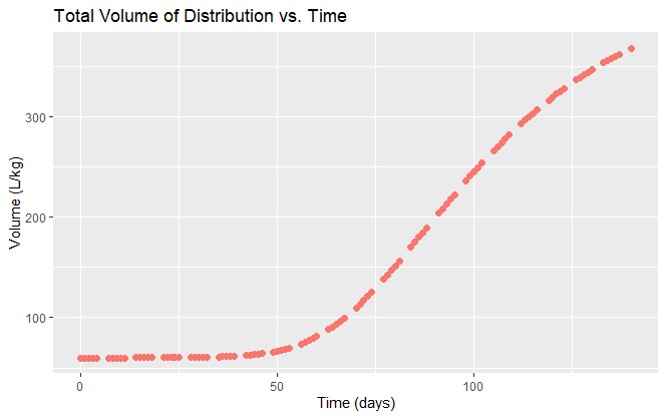 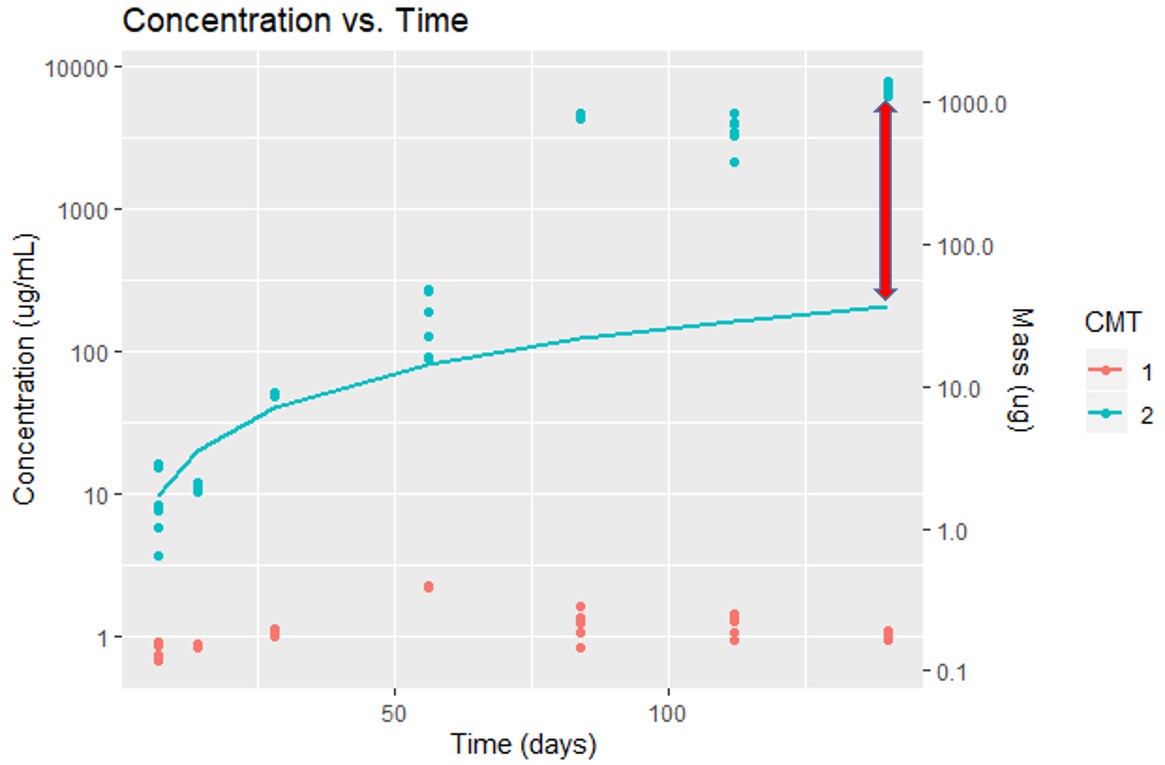