Purpose: The MPML MechDermA Model, implemented in the Simcyp Simulator, is designed to predict both systemic and local skin concentrations following topical application of a drug. This mechanistic Physiologically Based Pharmacokinetic (PBPK) Model was designed with the aim of simulating complex topical formulations. Parameters describing the Q2 and Q3 of these formulations can be input to the model and the effect of changes in these parameters can be simulated in the context of Virtual Bioequivalence assessment.
In view of verifying the model for this purpose, several case studies focussing on local concentration prediction and formulation effects have been presented recently1,2. The current work focuses on the Feldene gel formulation of piroxicam.

Methods: Physicochemical and pharmacokinetic parameters for piroxicam were obtained from the literature. Specific data describing the Feldene formulation was gathered and input to the model including pH, evaporation rate, viscosity and solubility. Solubility of piroxicam in the formulation was predicted using Abraham solvation parameters and a knowledge of the formulation ethanol content3. The Kp stratum corneum (SC) lipid:water was corrected for this increased solubility. All simulations described were run with the same compound and formulation parameters. Trial design, patient demographic and dosing regimen were matched to each study investigated.

Results: Systemic concentrations following both single and multiple dose applications, to various body sites, have been described by several authors4,5,6 . The rate and extent of absorption to the systemic circulation was well predicted for all studies investigated. Local concentrations in the stratum corneum reported by Marks et al6, ascertained by tape stripping,  included residual surface material due to a lack of wash step. At early time points the amount was slightly over predicted by the simulation, but after 1 hour, local SC amounts were well predicted. Punch biopsy results reported in the same paper, which represents amounts in the viable epidermis and dermis, were also accurately simulated at all time points.

Conclusion: This case study demonstrates the utility of the MechDermA model for predicting both systemic and local concentrations of topically applied drugs. Input of parameters that specifically describe Q2, Q3 and dynamic changes for the formulation of interest, and correction of partition coefficients was particularly important for accurate simulation. 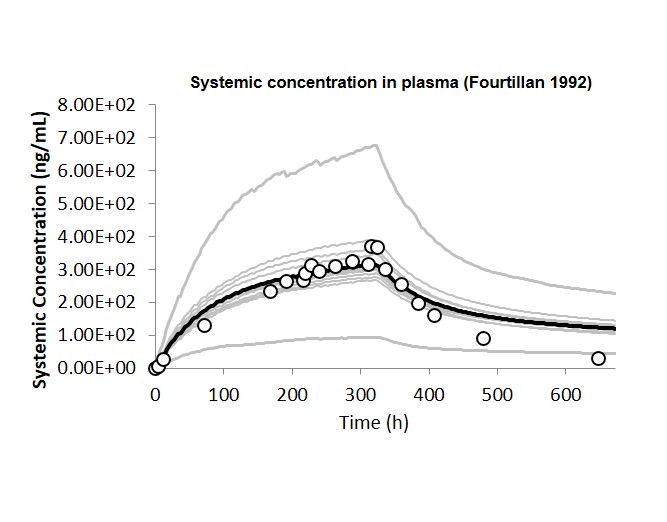 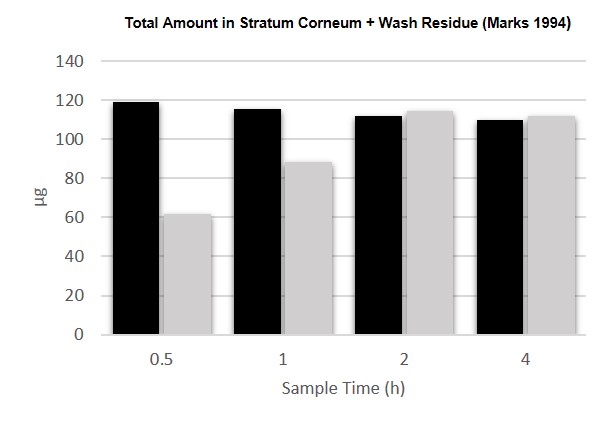 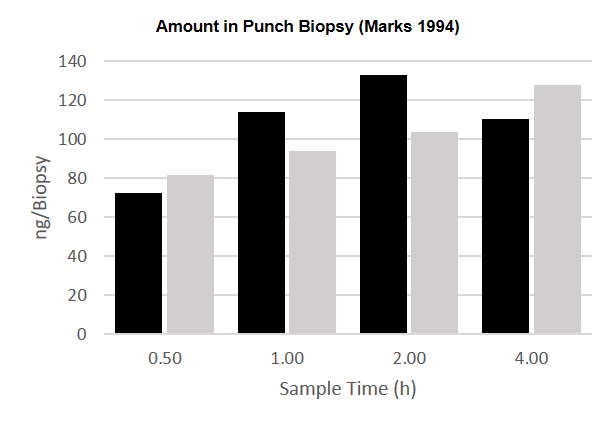