Purpose: Fused deposition modelling 3D printing (FDM-3DP) has gained wide scientific interest for the fabrication of oral solid dosage forms. This is due its versatility to produce 3D printed tablets with various internal structures and multiple functionalities1. The purpose of this work was to develop a robust tablet design for the manufacture of gastro-retentive floating drug delivery systems (GRFDDS) using FDM-3DP. The aim was to prolong the residence time of the tablets in the gastric environment by designing a dosage form that enables floating under a wide range of conditions. Theophylline was selected as the model drug due to its narrow therapeutic window and good absorption in the upper gastrointestinal tract (GIT)2.

Results: Filaments with acceptable size (1.75 ± 0.05 mm) were obtained when proper process temperatures were used during HME. Microscopic images of the produced filaments showed smooth surfaces with no defects detected. Tablet dimensions and internal structure similar to the designed prototype were achieved following FDM-3DP (Figure 1). Measured tablets densities met the compendial requirement needed for floating tablets (density less than the gastric fluid, 1.004 mg/mm3)3 and were in the range of 0.69 to 0.86 mg/mm3. Consequently, floating was attained for 3DP tablets produced from the three polymers. Additionally, instant floatability with no lag time was observed for all formulations. The floating duration of the tablets was in the following order HPC > Soluplus > PVA. The order observed can be explained by the measured density of the tablets. PVA based tablets exhibited significantly (p< 0.05) higher density values (0.86±0.02 mg/mm3) than HPC and Soluplus (0.69±0.03 and 0.72±0.02 mg/mm3, respectively) and were found to float for 3 h. On the other hand, Soluplus and HPC based formulations provided prolonged tablet floating for 11 and 12 h, respectively. The same trend was attained from drug release studies, HPC and Soluplus showed similar release profiles (f2> 50) and were able to sustain the release of theophylline for 12 h, whereas 100 percent release of theophylline was achieved for PVA based tablets after 3 h (Figure 2).

Conclusion: FDM–3DP was successfully employed for the manufacture of floating tablets by using a sandwich design that enables floating in simulated gastric fluid. Manufactured tablets showed immediate floating with no floating lag time, thus eliminating the risk of the premature tablets’ clearance from the stomach. Interestingly, the tablet design developed enabled floating regardless of the polymeric carrier incorporated. Moreover, tablet density was found to be the main factor to govern the floating duration of the tablets. Results obtained imply the feasibility of overcoming the challenges associated with the optimisation of the process and formulation variables (such as infill density, shell number and pharmaceutical additives) to fabricate successful GRFDDS by focusing on the development of a robust tablet design. This study contributes to the potential of using FDM-3DP for the production of personalised and on-demands GRFDDS with sustained drug release and prolonged floating duration. 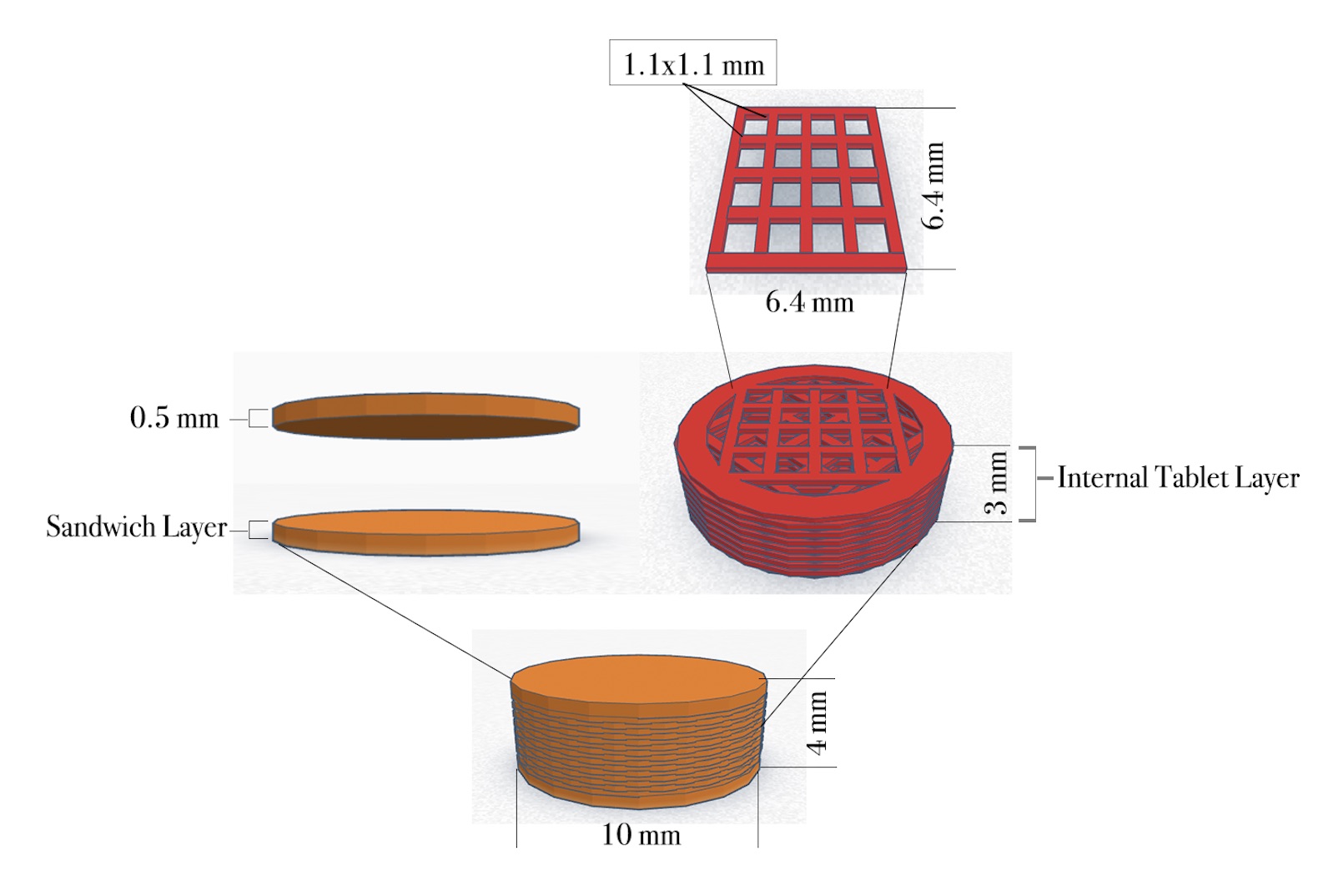 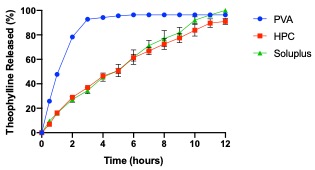