Methods: We prepared near infrared dye labeled nanoemulsion and intranasally administered the nanoemulsion in a dropwise manner to both nostrils of mice using a micropipette tip over 5 to 10 minutes. Mice were imaged at various time points before sacrifice at 24h. Brain was perfused by PBS buffer via cardiac puncture to remove residual dye. Ex vivo imaging of major organs including brain were also performed at various time points.

Results: Up to 30µL of nanoemulsion (150±20nm) was successfully instilled to mice via nasal route. Intranasal delivery of nanoemulsion exhibited highest ex vivo fluorescence intensity at 24 h in lung, followed by liver >brain >spleen >kidney >heart >plasma >blood. The fluorescence intensity in brain increased significantly from 2h and reached highest level at 4h and persisted up to 12h, and decreased to the minimal level at 24h. The brain-to-blood ratio was highest at 12h and lowest at 24h. 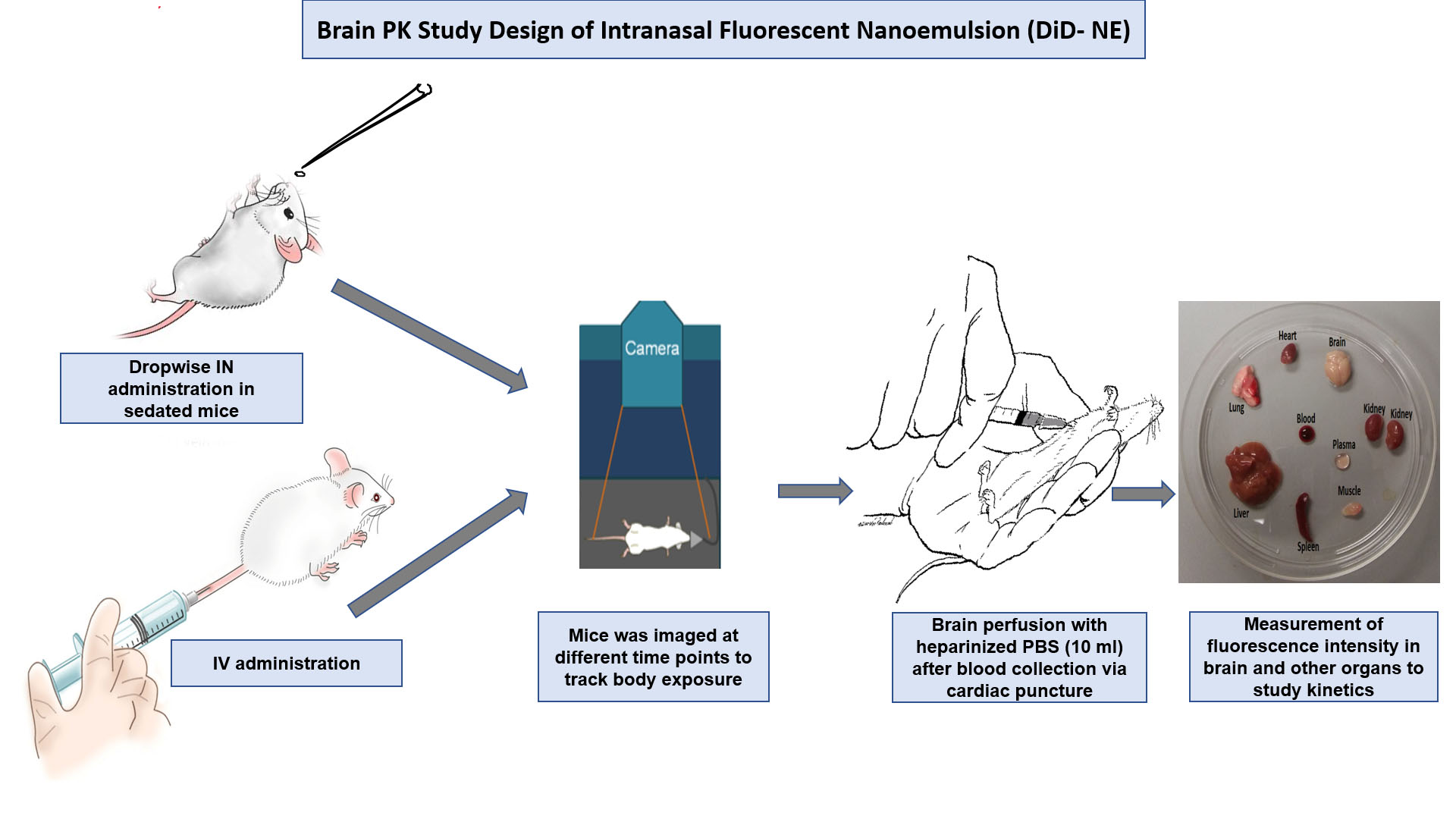