Co-culture MCS were constructed at different ratios of cancer cells to fibroblast cells onto 96-well Corning spheroid microplate with growth medium supplemented with collagen. Half of the growth medium in each well was refreshed every two days thereafter. The fluorescent signal was measured with an Odyssey® Infrared Imaging 205 System. The morphology of MCS was observed under a fluorescence microscope. The roughness of MCS was calculated using the equation: Roughness(mm)=(A1-A2)/C,  where A1 is the area within the outer trace of MCS including the edges, A2 is the area within the inner trace of MCS excluding the edges, and C is the circumference of the inner trace.

Results: Figure 1.shows a significant increase of α-SMA expression (red) in the co-culture groups, compared with WI38 cells only, indicating that WI38 fibroblasts were re-educated by A549-iRFP cells to cancer-associated fibroblasts.

Both the fluorescent signal (Figure 3.A) and the volume (Figure 3.B) were higher in co-culture MCS than MCS of only A549-iRFP cells in the first 10-15 days but the difference disappeared  after  15 days, probably due to  the relative slow-down of the growth of co-culture MCS. However, the co-culture MCS displayed remarkable roughness after day 7 and the roughness values of the co-culture MCS (4000:4000) were significantly larger than that of MCS of only A549-iRFP cells. Moreover, the higher seeding number of fibroblasts led to higher roughness values, indicating a positive association between the density of fibroblasts in the MCS and its roughness. The calculated values of roughness was consistent with their morphology under the microscope. (Figure3) 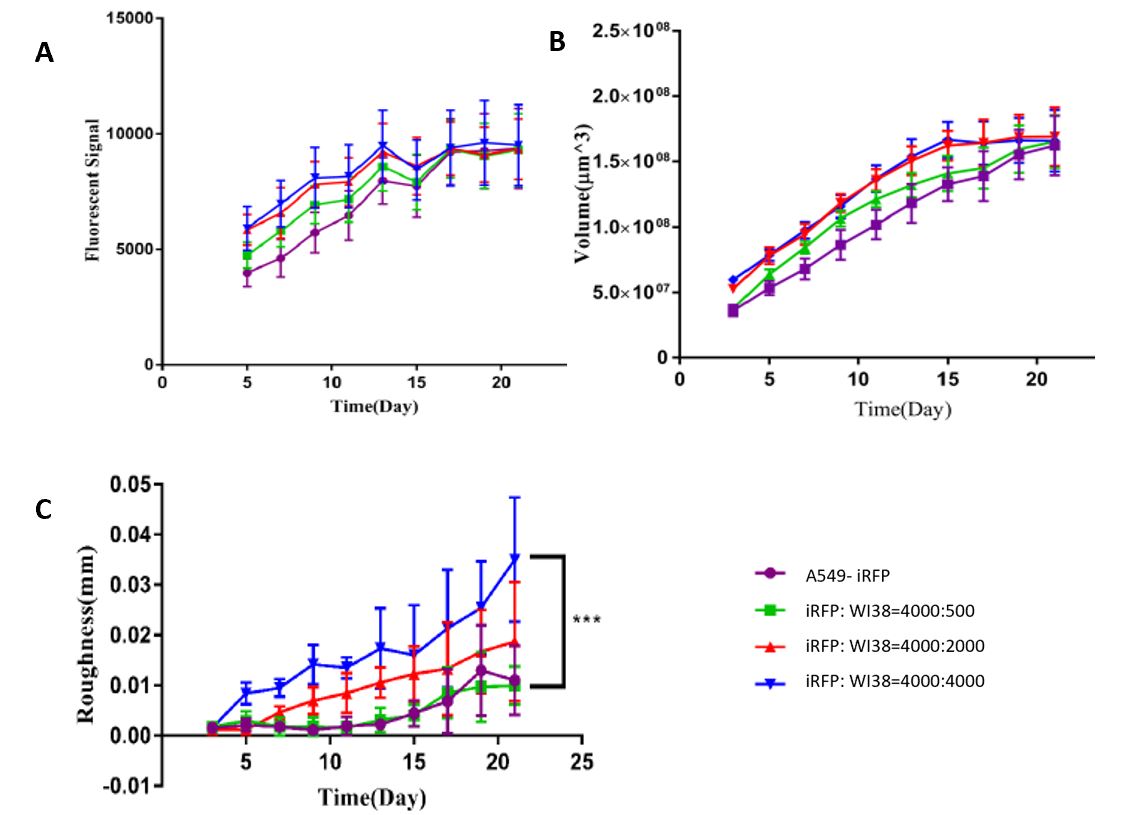