Purpose: Percutaneous drug absorption is a process which involves steps such as (i) dissolution and release of drug from the vehicle/formulation, (ii) partition of drug into the stratum corneum, (iii) diffusion of the solubilized drug across the stratum corneum, and (iv) penetration of drug into the layers of the skin. However, skin acts as a major barrier for the entry of drugs and foreign compounds due to the presence of stratum corneum, a thin keratin-rich layer (15 μm) of dead cells embedded in an intricate lipid environment made of cholesterol, ceramides, and free fatty acids. In addition, several other factors such as physicochemical properties of the drug (lipophilicity, solubility, molecular weight or size, and hydrogen bonding) and characteristics of a formulation/vehicle or a drug delivery system influence the permeation. Although several studies have evaluated the effect of formulation properties on transdermal permeation of drugs, the scientific data show that the research was limited to only one factor, such as concentration of drug, concentration of excipients, and formulation type. Therefore, the current study was designed to formulate semisolid formulations of ibuprofen and evaluate the impact of formulation properties (concentration of drug, physical state of the drug, mucoadhesive agents, and formulation type) on permeation.

Methods: Optimized semisolid formulations were prepared by evaluating the effect of different concentrations of excipients on the stability, excipient instability, viscosity, and any visual changes in the formulations. After optimization, stable formulations which provided acceptable appearance and viscosity were chosen for further evaluation. Polarized light microscopy was used to study the microscopic features of the optimized creams and gels. In-vitro permeation studies were performed across the Strat-M® membrane to study the effect of various formulation parameters on the permeation of ibuprofen. In addition, the physical stability of the developed formulations was investigated by studying viscosity, pH, and appearance.

Conclusion: Findings from this study indicate that pharmaceutical formulation scientists should explore these critical factors during the early development of any new topical drug product in order to meet pre-determined quality target product profile. 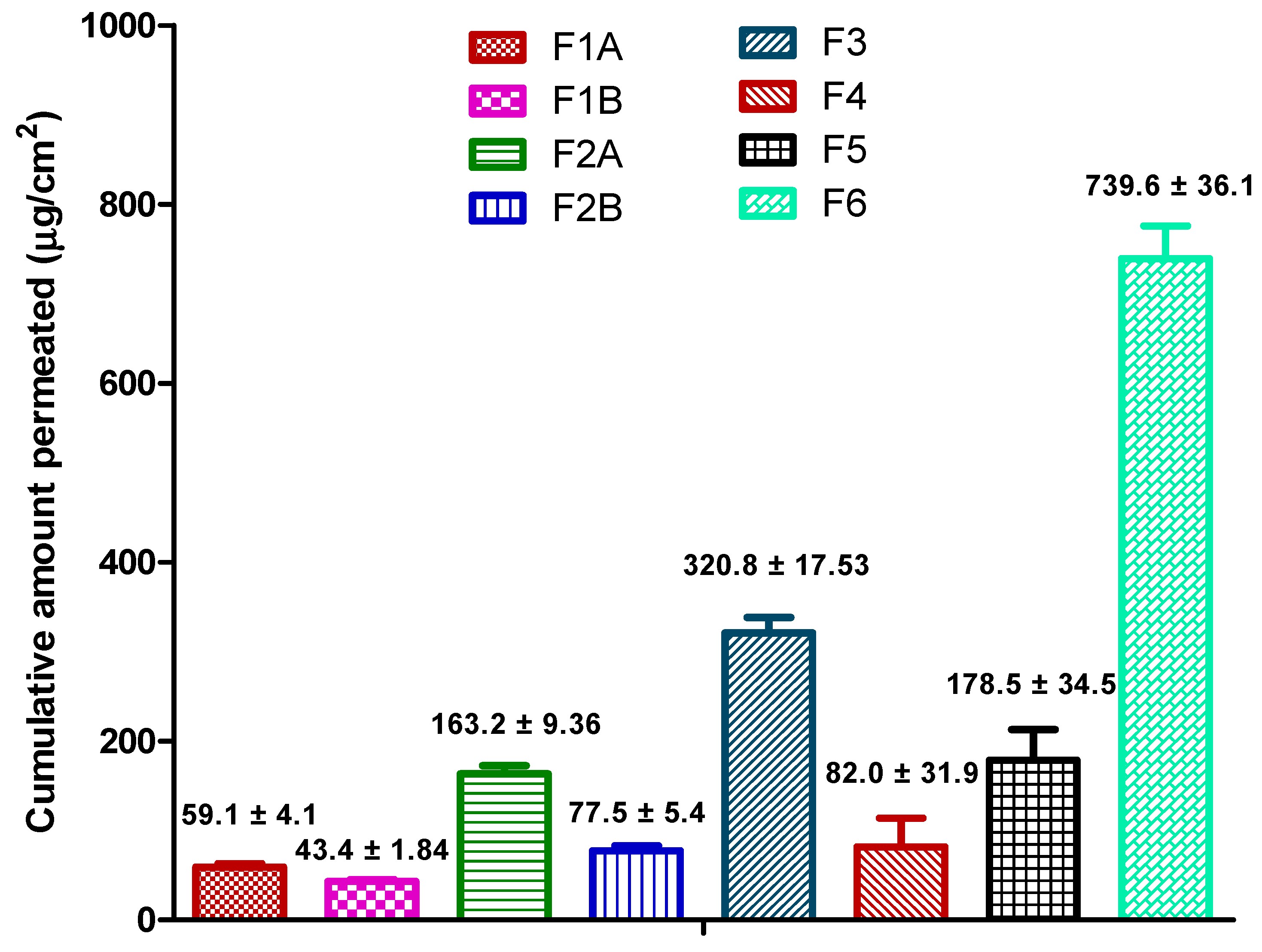