For these two steps, tablets CQAs or granules / final blend characteristics impacting CQAs and defined during the preliminary risk assessment were evaluated.

Results: No flow issues was faced with the roller compactor used. Coarser granules were obtained by roller compaction as shown in Figure 1.

Hausner and Carr index of granules were similar between wet and dry granulation formulations (i.e. passable flow measured by inter-particulate interactions assessment) . However the Flodex™ value obtained on the granules from the main run was higher without flow issues on the industrial tablet press.

Despite the presence of  bigger particles in the dry granules and higher API load, their compressibility was equivalent to those made by wet granulation (tensile strength close to 2MPa starting from compression pressures around 150MPa).

No significant issue was observed during the short compression run on the industrial tablet press. Compression forces % RSD was slightly higher than the one observed for the wet granulated final blend but still within acceptable limits to prevent from impacting the tablet weight (i.e. below 10%). The tablet appearance was  conforming with no major defect.

At equivalent disintegrant content between wet and dry granulation (2.9% and 3.5% respectively), the dissolution profile was much quicker with dry granulation as shown in Figure 2.

The fractional factorial DoE with 4 factors was predictive (Rsquare values close to 0.9, p value < 0.05) for the following responses :

Conclusion: Roller compaction process was selected to increase the tablet API strength up to 75% while keeping an acceptable tensile strength.
HPMC was removed from the dry granulation formulation as based on PSD results it didn’t play a higher binding role than microcrystalline cellulose ph102 and had a minor impact on the dissolution profile. Croscarmellose  was used as a disintegrant for both wet and dry granulation with a higher increase in dissolution speed by dry granulation. In order to reach a dissolution profile close to the one obtained by wet granulation, the disintegrant concentration was divided by three times. 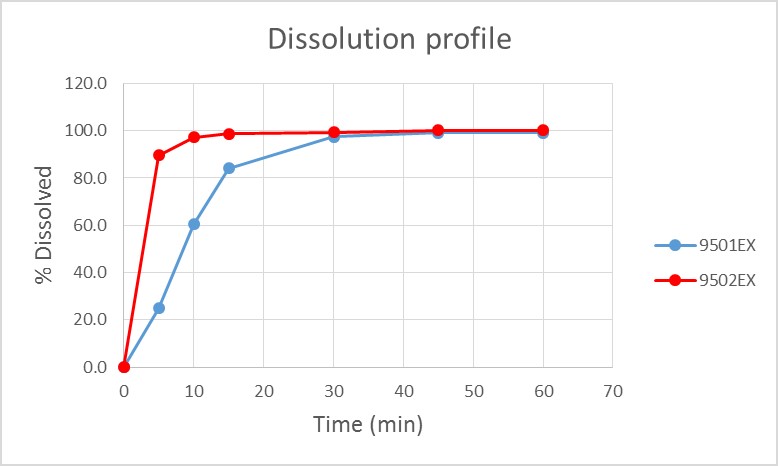 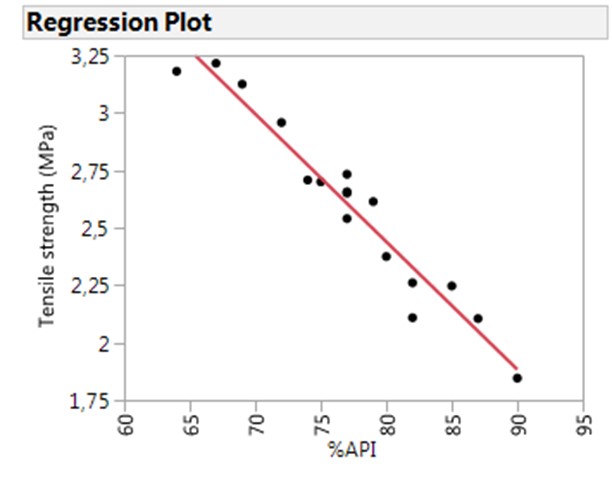 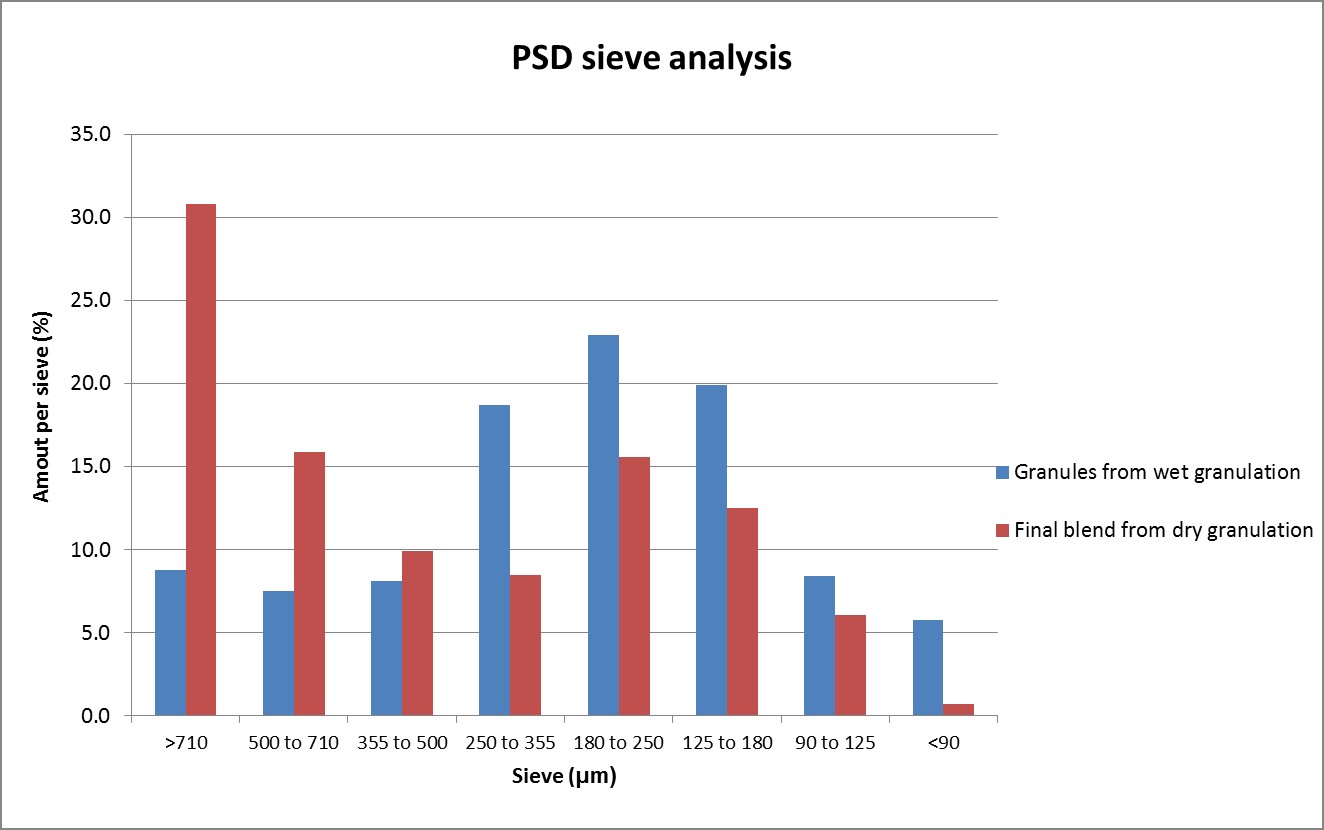