Exploring Multi-Compartment Plug–Flow Based Model Approach in Biopharmaceutics: Impact of Stomach Setting and the Estimation of the Fraction Absorbed of Orally Administered Basic Drugs

Purpose: The novel plug-flow based mathematical method for estimating the oral drug fraction dose absorbed (Fa) was first introduced by Amidon et al in 1993. Despite the success, this model is a single compartment approach and it is only suitable for compounds that have little to no stomach solubilization as a stomach compartment is not available. This is particularly problematic for basic compounds as solubilization in the stomach (under an acidic environment) cannot be ignored. Given the convenience of the model, we decided to use it as the backbone and explore it with the addition of multiple compartments. Our goal was to explore a model that can be established in house and more precise in estimating Fa for basic drugs under both fasted and fed conditions by using limited data inputs.

Results: Model 1, with the addition of stomach solubilization was found to be reasonably accurate in estimating Fa for all drugs (neutral, basic, acid) under the fasted condition giving a correlation coefficient (R2) of 0.8 between the predicted and reported Fa (Fig. 2). The under-predicted or over-predicted Fa in some cases is due to the fact that other ADME parameters (i.e. transporter involvement, regional absorption, and enterohepatic recirculation) are not considered in this exercise. The model also effectively captured the effect of dose (solubility-limited absorption) and the effect of particle size (dissolution rate-limited absorption) on Fa.

In addition, Model 1 was further evaluated whether or not this approach could be used to predict Fa for drugs under the fed condition (Fig. 3). Overall, the accuracy of prediction for drugs with food effect (positive or negative) was acceptable but the exposure ratios were different for several compounds. The deviation of the predicted ratio from the observed exposure ratio was less of a concern since food intake can change several ADME parameters which are not considered in the model but can change the exposure ratio, such as reducing hepatic and intestinal clearance, saturating or desaturating of efflux transporters and changing gut wall metabolism. However, the model gave false negative prediction food effect for posaconazole, G-A, G-B, NVS701, and NVS562. After investigation, all of these compounds were found to be basic drugs and those false-negative predictions were caused by the reduction of stomach solubilization where the stomach pH was fixed at 5 under the fed condition. Thus, Model 2 was build and each stomach compartment was assigned with a different pH value based on the reported dynamic pH changes in the stomach after food intake.

Since under the fasted condition all stomach segments in Model 2 have the same pH as in Model 1, Fa would be the same. On the other hand, Model 2 gave a better prediction of food effect by avoiding those false-negative predictions in Model 1. This indicated that the multi-compartment stomach setting in Model 2 could better mimic the stomach pH under the fed condition and improve the solublization of basic drugs in stomach resulting in a higher Fa. Although the predicted no food effect is still deviated from the clinical positive food effect, other ADME factors can be changed by the food (reducing hepatic and intestinal clearance, saturating or desaturating of efflux transporters and changing gut wall metabolism) and need to be considered to give a positive effect.

Conclusion: In the current study, simple plug-flow models were established to estimate Fa using a limited data set (i.e. pKa, solubility, permeability, particle size, and estimated dose). A good agreement between observed and predicted Fa under fasted condition was observed, but Model 2 was found to be more precise in estimating Fa under fed state for basic drugs compared with Model 1 because its multi-compartmental stomach setting can better mimic the stomach pH over time after food intake and affect the solubilization of basic drug in stomach which contributes to the overall absorption. 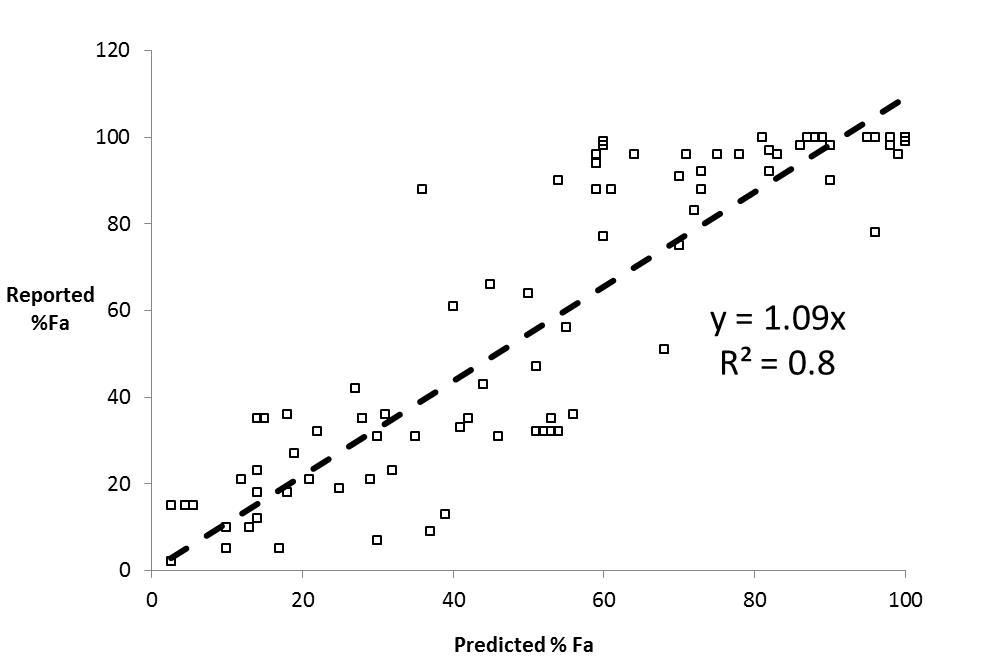 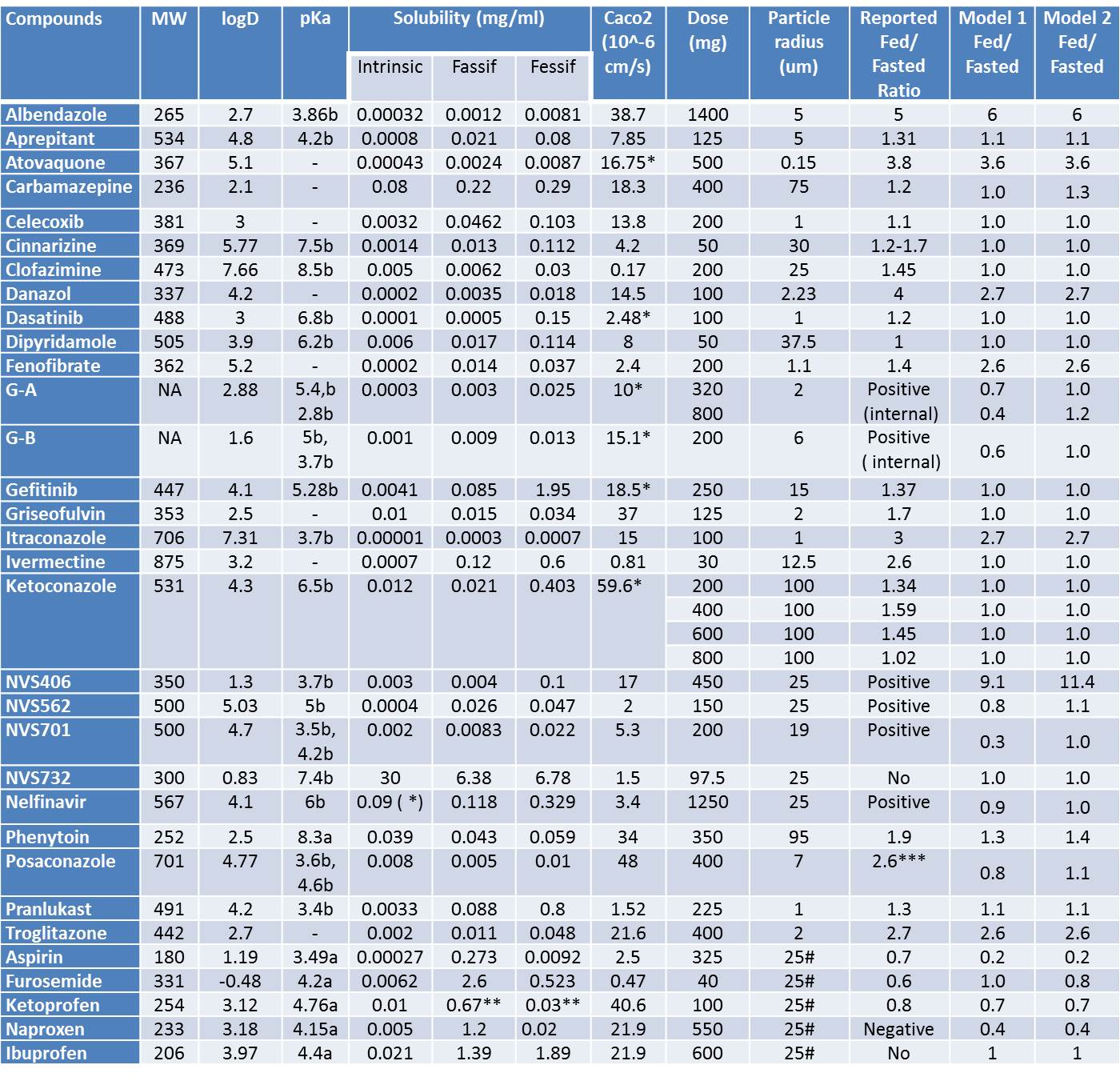