Purpose: Silybin (the active component of Silymarin) is a weak acid having low solubility in gastric fluid. The active component also has limited absorption across the gut wall and as such can be considered a Class IV drug. The inhibition or bypassing of gut wall efflux mechanisms by lymphatic transport as well as increasing intestinal flux by increasing drug concentration at the absorption are well-known strategies for improving bioavailability. The main objective of this study was to identify a formulation strategy for this BCS Class IV drug and to examine the drug release properties of a range of carriers containing silybin (Avicel® PH-102 vs. Syloid® XDP 3150) and Tween® 80.

Results: One of the ways to avoid gut wall efflux is to use appropriate excipients to reach the lymphatic system. The usual limitation for this approach is drug lipophilicity, typically log P values should be >5. This formulation strategy was not an option for silybin, due to its low Log P level of 1.6 (±0.14). In this study, we utilised the inclusion of Tween® 80 into the formulation as a means of inhibiting gut wall efflux and increasing drug concentration at the site of absorption.

The crystallinity of raw silymarin was been confirmed using PXRD (Fig.1) and its thermal degradation was observed at a temperature higher than 228℃ (TGA). Silymarin displayed a melting onset at 146℃ during the first heating cycle (DSC, Fig.2). During the second heating cycle, only one thermal event as Tg with onset at 105℃ was observed. The loss of the melting endotherm during the second heat cycle suggests the loss of crystallinity following heating.

Conclusion: Silymarin's Log P value means that the approach to reach the lymphatic system should be rejected. Silymarin dissolution kinetics were faster for Syloid® XDP 3150 versus Avicel® PH-102 and explained though carrier properties. The addition of Tween® 80 and increasing the concentration from 0.3 to 1.6% (w/w) significantly increased the drug release kinetics of Avicel® PH-102 formulations but had no effect on Syloid® XDP 3150 formulations. Tween® 80 had minor effects on the silymarin release from Syloid® XDP 3150-based formulations, at the same time its ability to inhibit gut wall efflux is well known. This circumstance is opening the opportunity to modulate silymarin bioavailability by Tween® 80 concentration without changing of the drug release profile. 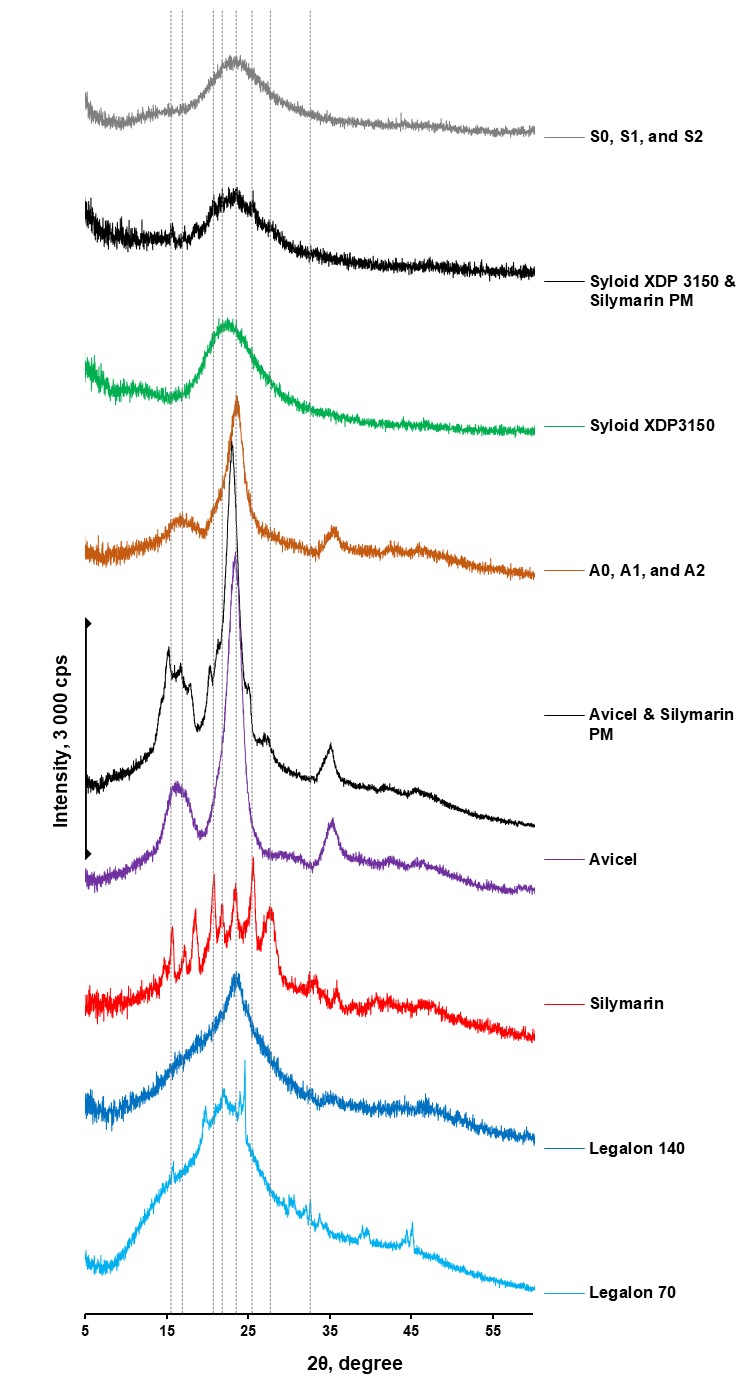 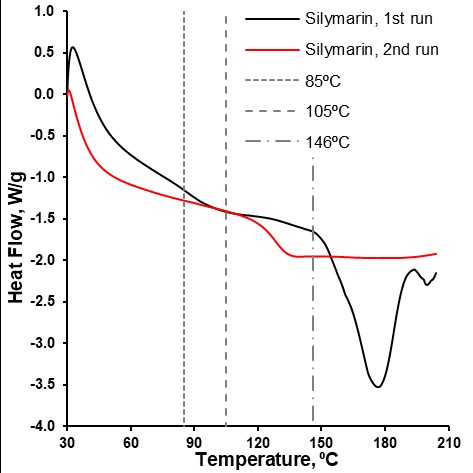 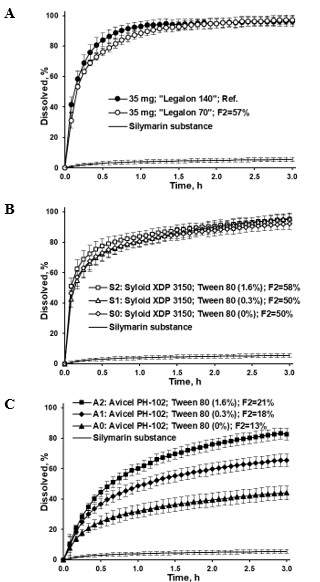