Purpose: Systematic explorations of the untranslated regions (UTRs) of mRNA may broadly benefit mRNA-based applications, including mRNA vaccines in response to emerging pathogens such as SARS-CoV-21.

Methods: As illustrated in Figure 1, the untranslated regions (UTRs) of mRNA were systematically engineered through endogenous expression analysis and de novo design. The optimal UTR was identified by screening with luciferase-encoding mRNAs and named as NASAR UTR. Then five NASAR mRNAs were synthesized to express the antigens of SARS-CoV-2. Upon formulation by lipid-derived TT3 nanoparticle and administration into mice, the expression of antigens and production of antigen-specific antibodies were analyzed.

Results: Endogenous expression analysis revealed that the UTRs from R27a gene ranked the highest translation capacity per mRNA molecule throughout its half-life in our rankings. Removal of a 5’ terminal oligo-pyrimidine track from the 5’ UTR of R27a enhanced expression (S27a-44 vs S27a-44’ in Figure 2a). Upon de novo design of novel UTRs with different lengths, the 5’ UTR of 70nt was found to be the optimal (Figure 2b). By modifying nucleotide composition, many UTRs expressed even better than that with endogenous UTR controls (NCA 5-8 in Figure 2c). The addition of functional RNA motifs provided an additional boost (R3U in Figure 2d). The optimized NASAR UTR is up to ten-fold more efficient than the tested endogenous UTRs in cell lines and primary cells (NASAR vs S27a-45 in Figure 2e & 2f). When NASAR mRNAs encoding SARS-CoV-2 antigens were formulated by lipid-derived TT3 nanoparticles and injected into mice, the antigen-specific antibodies elicited in mouse sera were over 300-fold more than that induced by the FDA-approved lipid nanoparticle material MC3 (Figure 3d). Intramuscular injection induced 5-fold more specific antibody than subcutaneous injection (Figure 3e). The antibody response reached saturating level at high mRNA doses, while the degree of reduction at lower doses varied with the antigens used (Figure 3f).

Conclusion: The optimized NASAR UTR is a promising platform for mRNA-based applications. Upon delivery by TT3-nanoparticle, the NASAR mRNAs encoding SARS-CoV-2 antigens induced strong immune responses in mice. They can be developed as potential mRNA vaccines against SARS-CoV-2. 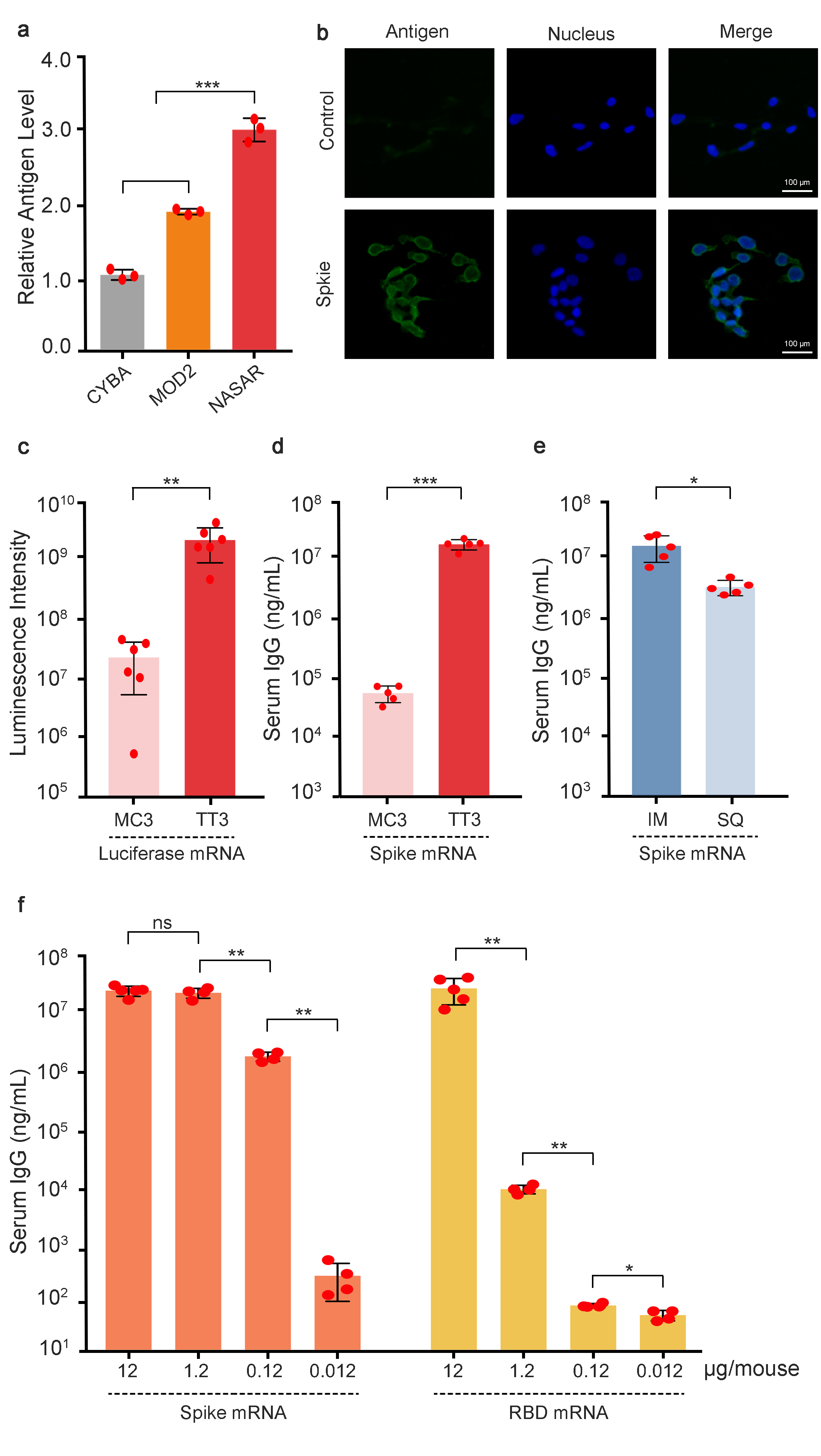 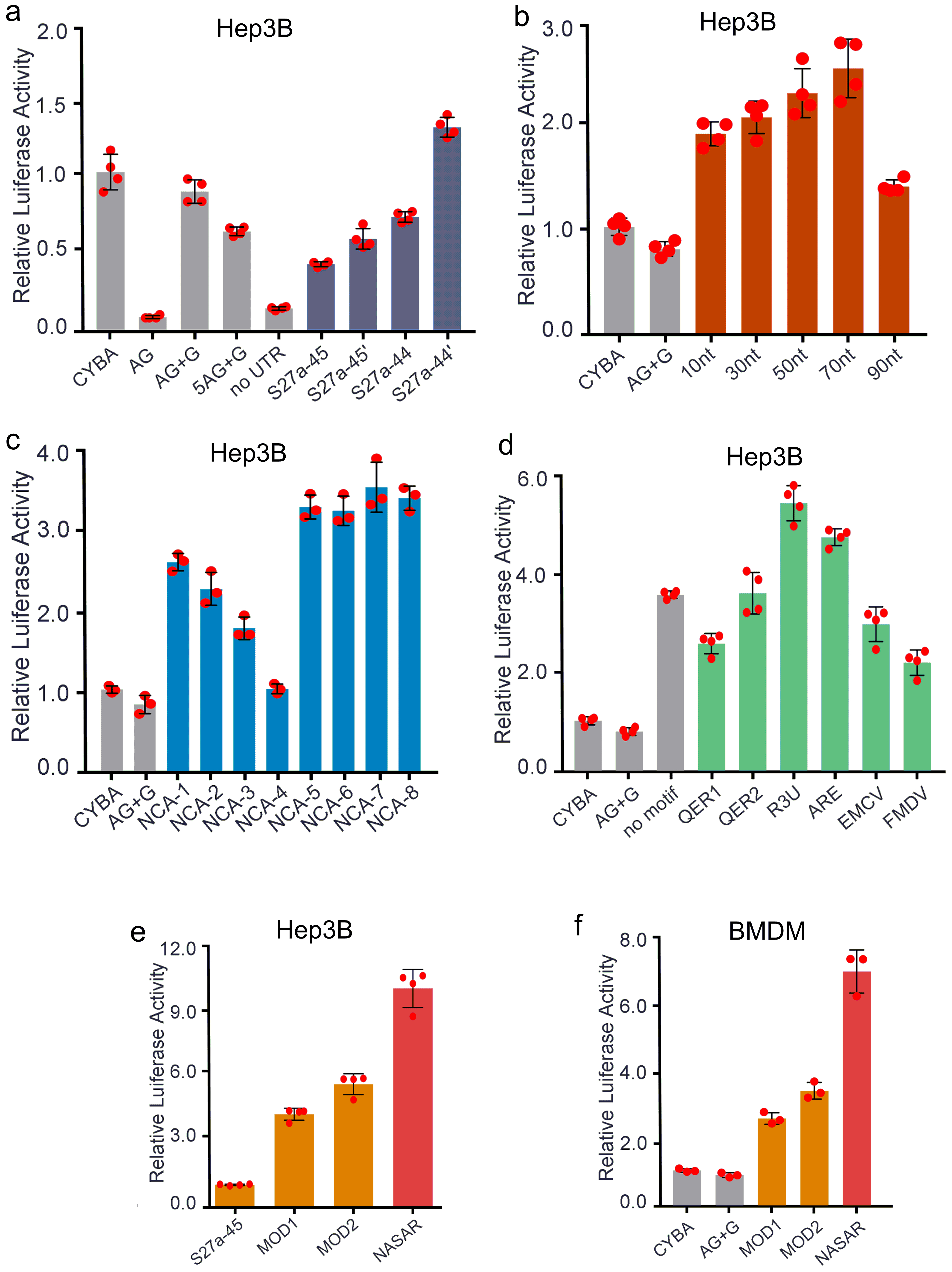