Purpose: The major goal of current study was creating a predictive mathematical model using Simcyp® software to describe the relationship between measured lidocaine concentrations in human serum samples, following topical application, and the in-vitro and physiological properties of the drug.  Two Lidocaine products (A and B) were studied.

Methods: A very sensitive and efficient liquid chromatography-tandem mass spectroscopy (LC-MS/MS) was developed and validated to analyze the lidocaine concentration in human serum samples. 15 human subjects were included in this pre-approved clinical study. A liquid-liquid extraction technique was developed for use prior to injecting the samples into the LC-MS/MS. Lidocaine-d10 was used as the internal standard to minimize the effect of matrix on the analysis. The system was validated in terms of accuracy, precision, stability, reproducibility and linearity and is capable of measuring Lidocaine concentration over the range of 1.54-1000 (ng/ml). Serum samples were collected at intervals based on 3 aims: 1) topical application of product A and 2) product B and 3) IV-bolus injections. This will provide a better comparison and understanding of the amounts of systematically absorbed lidocaine.  Additionally, Simcyp® version 18 was used to calculate major pharmacokinetic parameters including; apparent volume of distribution (Vd), area under the concentration versus time curve (AUC0-inf), peak concentration (Cmax), time to peak concentration (Tmax), and half-life (T1/2). To obtain the parameters, the physiological parameters for lidocaine were identified from a thorough review of the literature. Additionally, some in-vitro experiments were conducted to further validate the mathematic model created in Simcyp®.

Results: The concentrations of lidocaine at different time intervals were measured with LC-MS/MS for 15 subjects with minimum observed matrix interference (Table 1). Various pharmacokinetic parameters including apparent volume of distribution (Vd), Clearance (CL), area under the concentration versus time curve (AUC0-inf), peak concentration (Cmax), time to reach peak concentration (Tmax) were calculated and compared for the two different products; A and B. The Cmax values for both A and B products were 0.12±0.04 and 0.13±0.04 mcg/ml, respectively. Moreover, the AUC 0-inf for the product A was 1.64±0.57 (mcg.hr/ml) whereas this value was 1.75±0.53 (mcg.hr/ml) for product B which confirms the similar and negligible extent of systemic absorption for the products (Table 2).
Performing further in-vitro experiments as well as wider physiological investigations on skin permeation of lidocaine is underway to further improve the mathematical model.

Conclusion: the LC-MS/MS technique accompanied by mathematical modelling and simulation using Simcyp® software can be a powerful tool for the prediction of the trace amounts of systematically absorbed Lidocaine. In-vitro in-vivo correlation of topical systems compared to that of systems intended for systemic absorption is still controversial.  The methods presented offer a useful approach to addressing issues of the pharmaceutical equivalence of the currently available and future topical dosage forms. 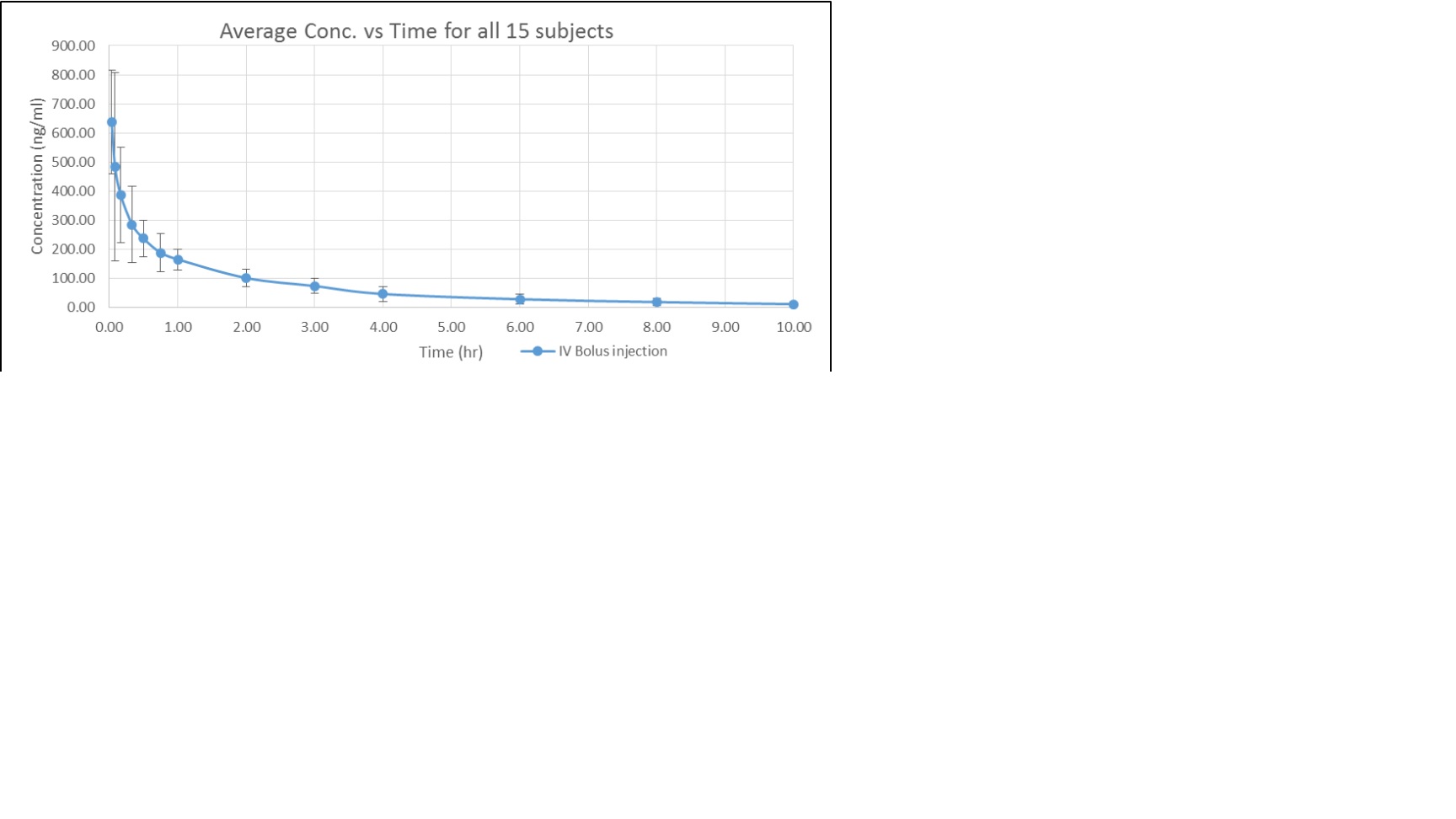 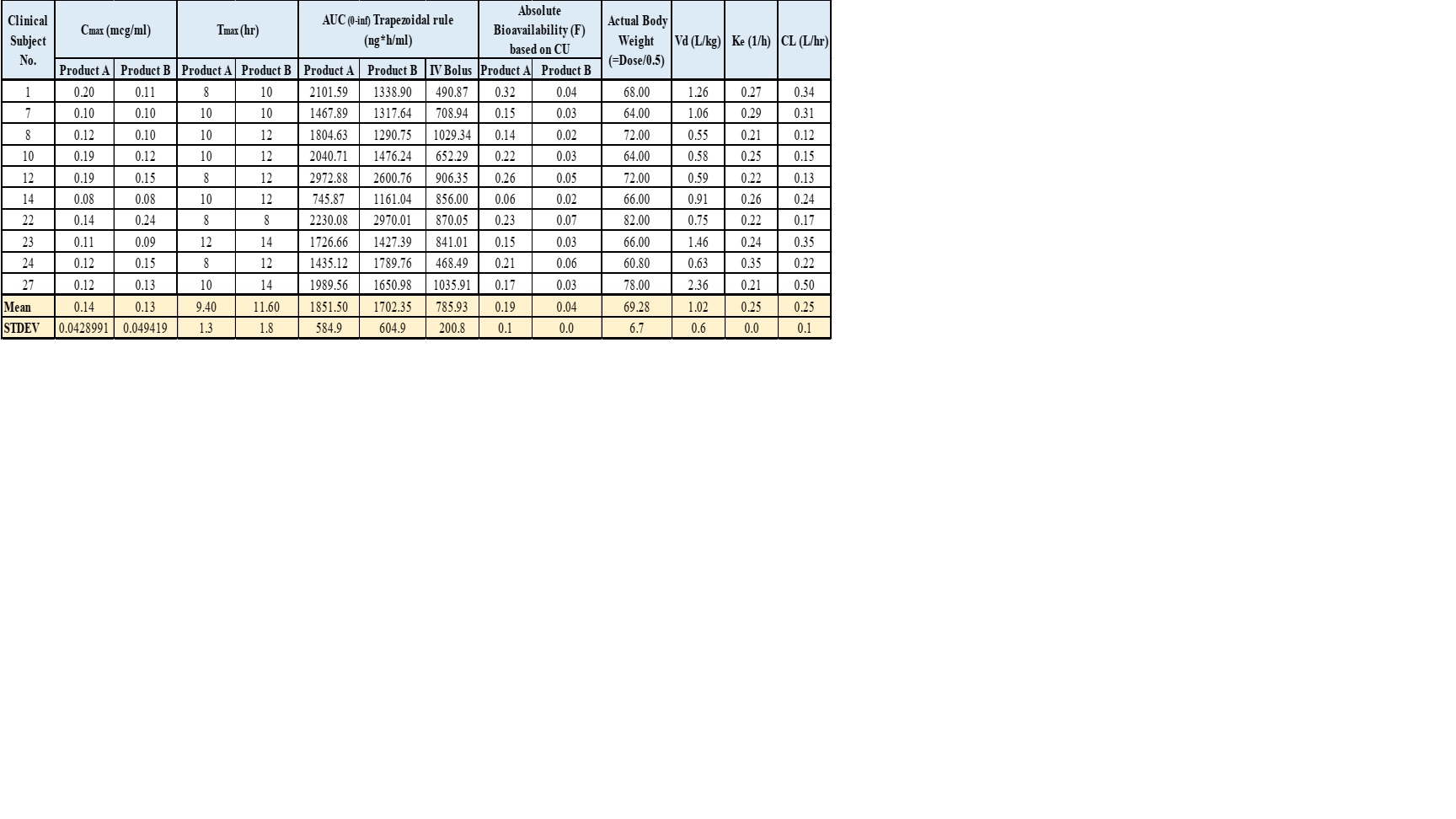 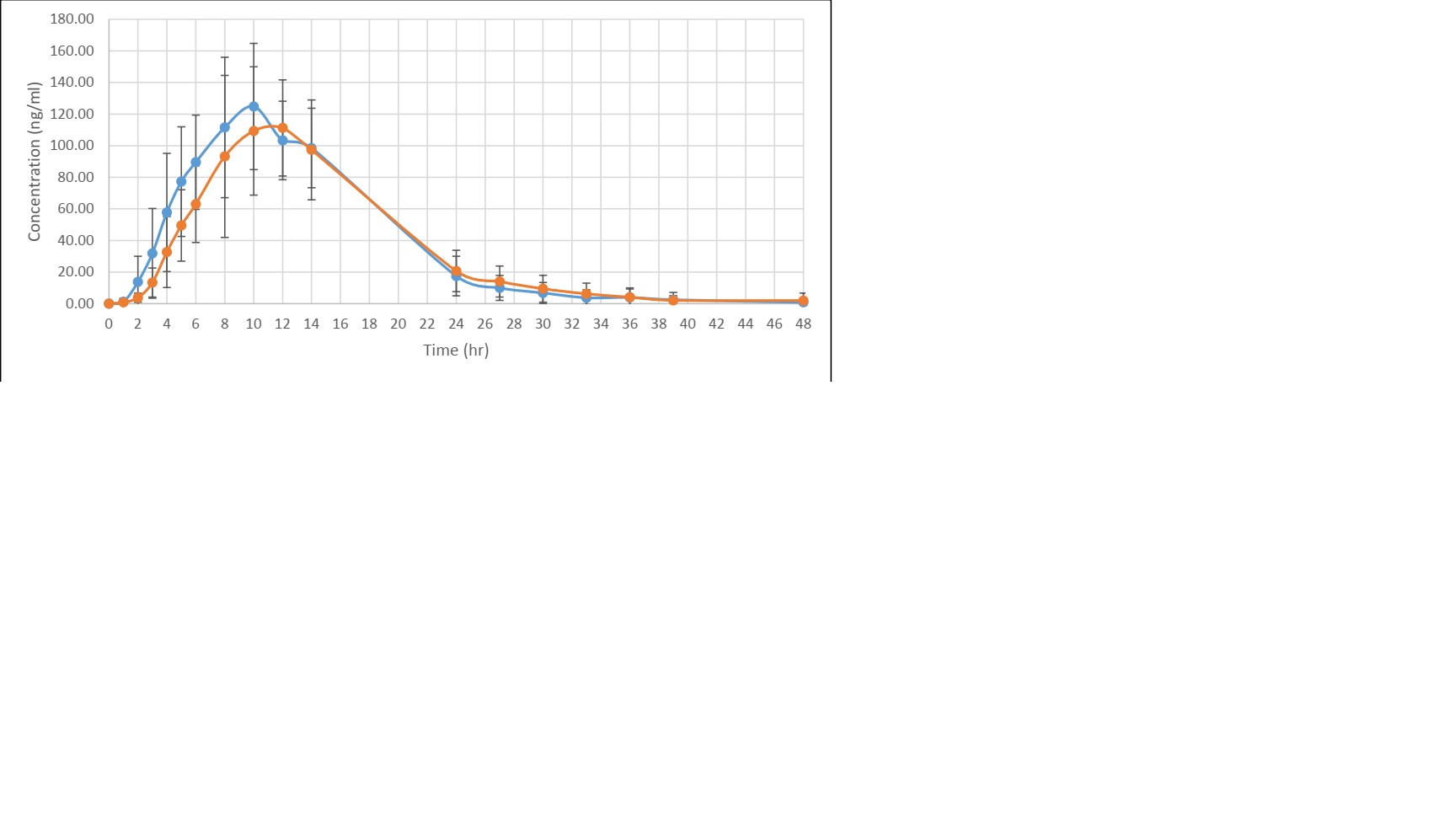