Methods: This study focused on screening whether various FABP isoforms are expressed in microglia, and whether they are involved in the uptake of DHA into microglia. Using immortalised mouse microglia (BV-2) cells, quantitative reverse-transcriptase real-time polymerase chain reaction and western blotting were used to quantitatively determine the mRNA and protein levels of the 10 known FABP isoforms (FABP1-9 and FABP12). A genetic knockdown approached was then taken to investigate the involvement of these highly expressed FABP isoforms in the microglial uptake of DHA-d5, a surrogate of DHA. DHA-d5 uptake in BV-2 cells was quantified using an optimised liquid chromatography-tandem mass spectrometry (LC-MS/MS). 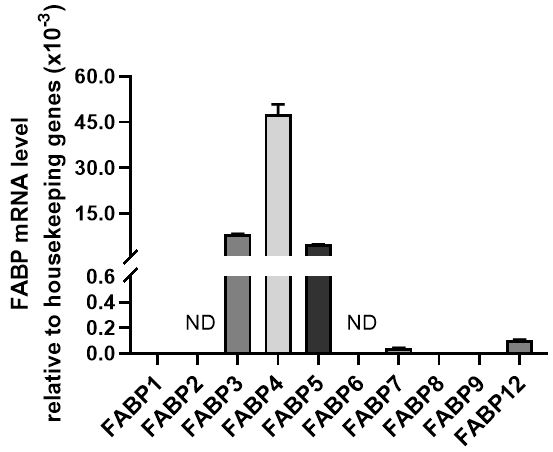 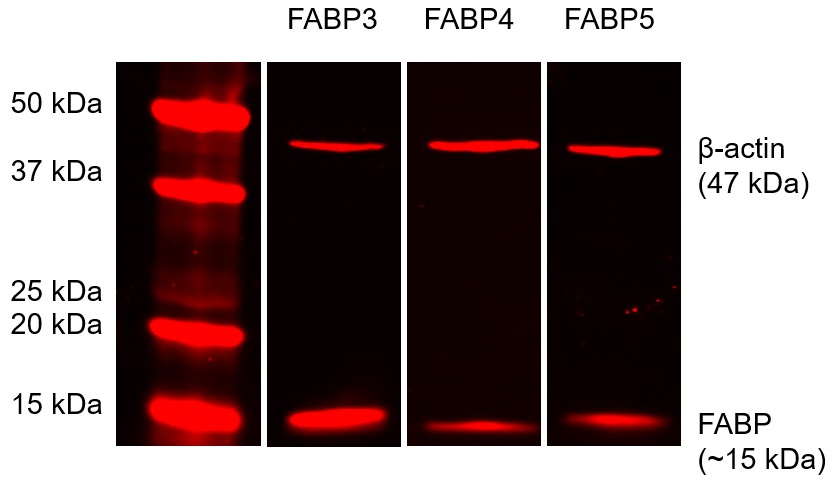 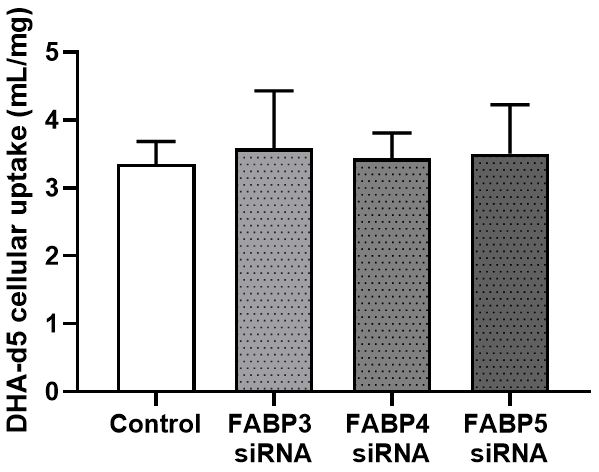