Purpose: Volatile Amines are the characteristic compounds that exhibit a fishy odor. In pharmaceutical ingredient manufacturing, it is not uncommon to use some of these amines as reagents for synthesis . Once the finished product active pharmaceutical ingredient is ready, it is tested for residual amounts of amines and has to be less than the permitted daily exposure, considering risk based assessments. While triethylamine is listed in Q3C(R6) of the ICH guideline, under class 3 solvent, there are a few amines that don't have established classification. Chromatographically, the biggest challenge with amines are the active functional group that makes them adsorb to any secondary polar interaction in a GC column. Since these amines are lighter, it is easy to introduce them into a GC inlet via neat solvent injection or by headspace for quantitation. However, because of active sites in traditional GC phases, they tend to tail. Especially, for residual solvent analysis, a G43 type phase provides the right balance of retention and selectivity for low and high boiling as well as polar and nonpolar solvents. Having the volatile amine analysis on a G43 selectivity without analyte peak adsorption onto the column is a challenge. This methodology demonstrates how GC column deactivation can enhance peak shape for active analytes while the selectivity and dimension can retain volatile compounds in a GC separation

Methods: Commercially available G43 phases(6% cyanopropylphenyl, Dimethylpolysiloxane  Gc columns were employed to evaluate the symmetry and skew value of volatile amines. Different deactivation were explored to optimize symmetric peak shape for active analytes. In addition to the column, deactivation in the liner was also examined. The Gc separation was further extended to Nitrosamine compounds and quantification by headspace GC-MS to lower ppb level detection

Results: The results shows that premium deactivated fused silica provided symmetric peak for active compounds. The peak symmetry values were less than 1.5 for three active amines. In addition to symmetric peak, the sensitivity of active compounds increased due to less secondary interaction with the stationary phase. Active nitrosamines that are genotoxic provided LOQ values of 0.5ppb to 1.5ppb 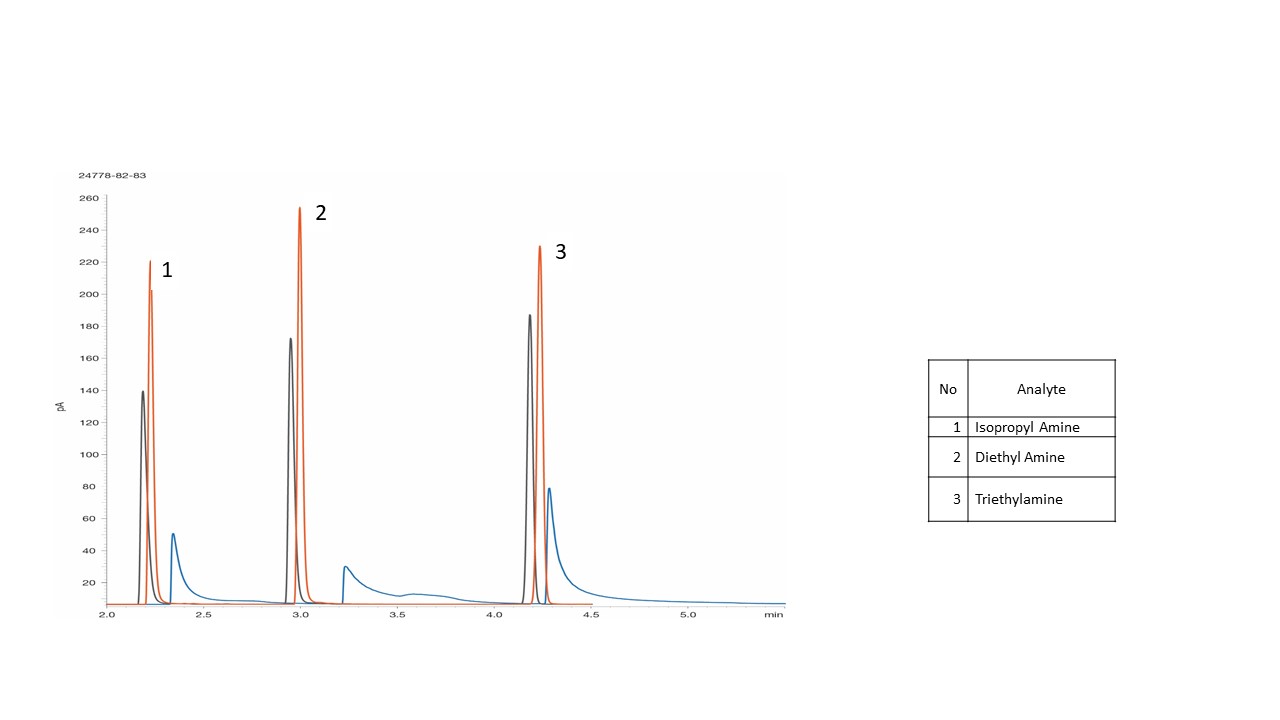 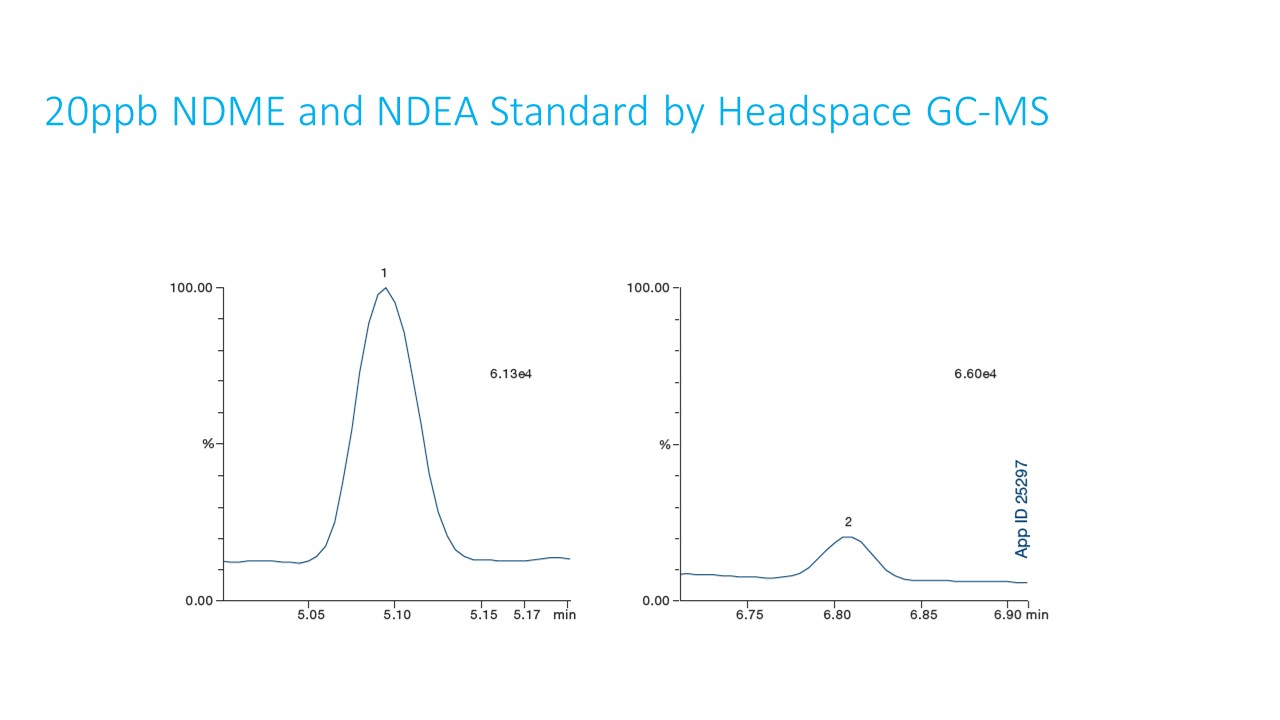 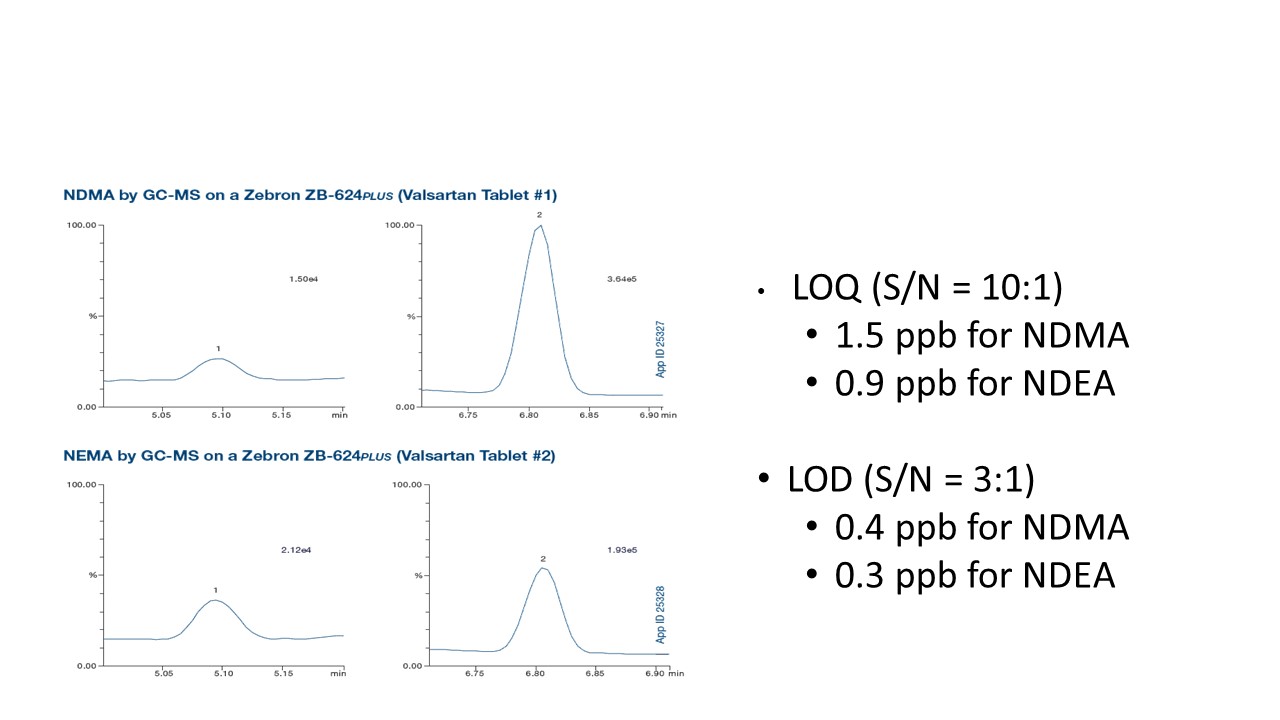