Purpose: With a growing market for nutraceutical formulations and the preference for direct compression as a production process, there has been greater emphasis on the selection of suitable excipients for cost-effective formulations and process. Among the excipients, binders are added to the directly compressed formulation to facilitate the manufacturing, mitigate tableting issues such as capping and/or to produce tablets that can withstand handling during transportation and usage [1, 2]. It has been reported that the granular nature of water-soluble plant-based dextrin fibers enables good flow and have good compressibility [3], which is adapted for direct compression. Furthermore, the high fibre content of NUTRIOSE®  FB 06D may act as a prebiotic by encouraging the growth of Bacteroides and decreasing the growth of Clostridium perfringens in the intestine [3, 4]. This adds another functional advantage in a nutraceutical formulation. In this study, the soluble dextrin, NUTRIOSE® FB 06D, was selected as the dry binder and evaluated using a formulation containing paracetamol, which is a highly elastic material. It was of interest to evaluate the processability of NUTRIOSE®  FB 06D tablet formulations containing paracetamol using a rotary tablet press and the stability of the tablets under pre-specified conditions.

Methods: Prior to tableting, a blend homogeneity test was conducted by sampling at 11 specified points in a 5 L bin (LM40; Bohle AG, Germany). The samples were analyzed by high performance liquid chromatography to evaluate the homogeneity of paracetamol content in the samples from different locations. Round convex 10 mm tablets comprising 15 %, w/w NUTRIOSE® FB 06D (Roquette Frères, France) as the dry binder, 30 %, w/w paracetamol granules (DC 90; Chemigran, China), 49 %, w/w directly compressible mannitol (PEARLITOL® 200SD; Roquette Frères, France), 5 %, w/w sodium starch glycolate (GLYCOLYS®; Roquette Frères, France) and 1 %, w/w magnesium stearate (Sigma Aldrich, Netherlands) were prepared on the rotary press (Piccola; RIVA GB Ltd., United Kingdom). A pre-compression force of 1.3 kN and main compression force of 15-16 kN was applied, with a tableting speed of 40 rpm. The tablets were evaluated for weight and content uniformity, hardness, friability and disintegration. For the second part of the study, NUTRIOSE® FB 06D was decreased to 10 %, w/w and PEARLITOL®  200SD was increased to 54 % w/w. The physical stability and drug release profiles of the tablets after 1-month storage under 25 °C/60 % RH and 40 °C/75 % RH conditions were evaluated.

Results: The target paracetamol content in the tablet was 27 % and the average paracetamol content as obtained from the sampled locations was 26.3 ± 1.9 %. This result supported the blend homogeneity for subsequent tableting. The tableting process was consistent for the tableting duration of around 50 min (Figure 1). The tablet hardness, weight, drug content and disintegration time were evaluated every 10 min to check for variation. No capping was observed during tableting and hardness testing. The target tablet hardness was around 70-80 N and the average hardness of the tablets was 72.6 ± 3.8 N. The average tablet weight was 356.2 mg and the mean of individual contents, as a percentage of the label claim, is 97.1 %. The calculated acceptance value based on the weight and content assayed is 1.59 %, which is well below the acceptance value of 15 %. The disintegration time of the tablets were below 10 min across all sampled time points. The tablets were evaluated at Day 0, 1, 14 and 1 month for their appearance, color (CM-5; Konica Minolta, Japan), weight, hardness, and disintegration time. For each stability condition, the tablets were either kept in sealed or unsealed bottles, for comparison. Visually and quantitatively, color difference was observed for tablets stored under the harsh 40 °C/75 % RH unsealed conditions (Table 1). The tablets stored under 40 °C/75 % RH unsealed conditions displayed reduced hardness, increased weight and longer disintegration time, which was not unexpected. The dissolution profile of tablets post 1-month storage were also determined and no difference in drug release rates was observed between 25 °C/60 % RH and 40 °C/75 % RH sealed conditions. These results collectively reflected the 1-month stability of NUTRIOSE® FB 06D-paracetamol tablets.

Conclusion: The tablet properties and drug content of NUTRIOSE® FB 06D-paracetamol tablets were consistent and segregation was not observed during compaction. Although some slight differences in the tablet properties were noted under different stability test conditions, there was minimal impact on the drug release profile between the 25 °C/60 % RH and 40 °C/75 % RH sealed conditions. This demonstrates the overall stability of the NUTRIOSE®  FB 06D formulation in bottle packaging, and further supports its use as a dry binder in direct compressible formulations. 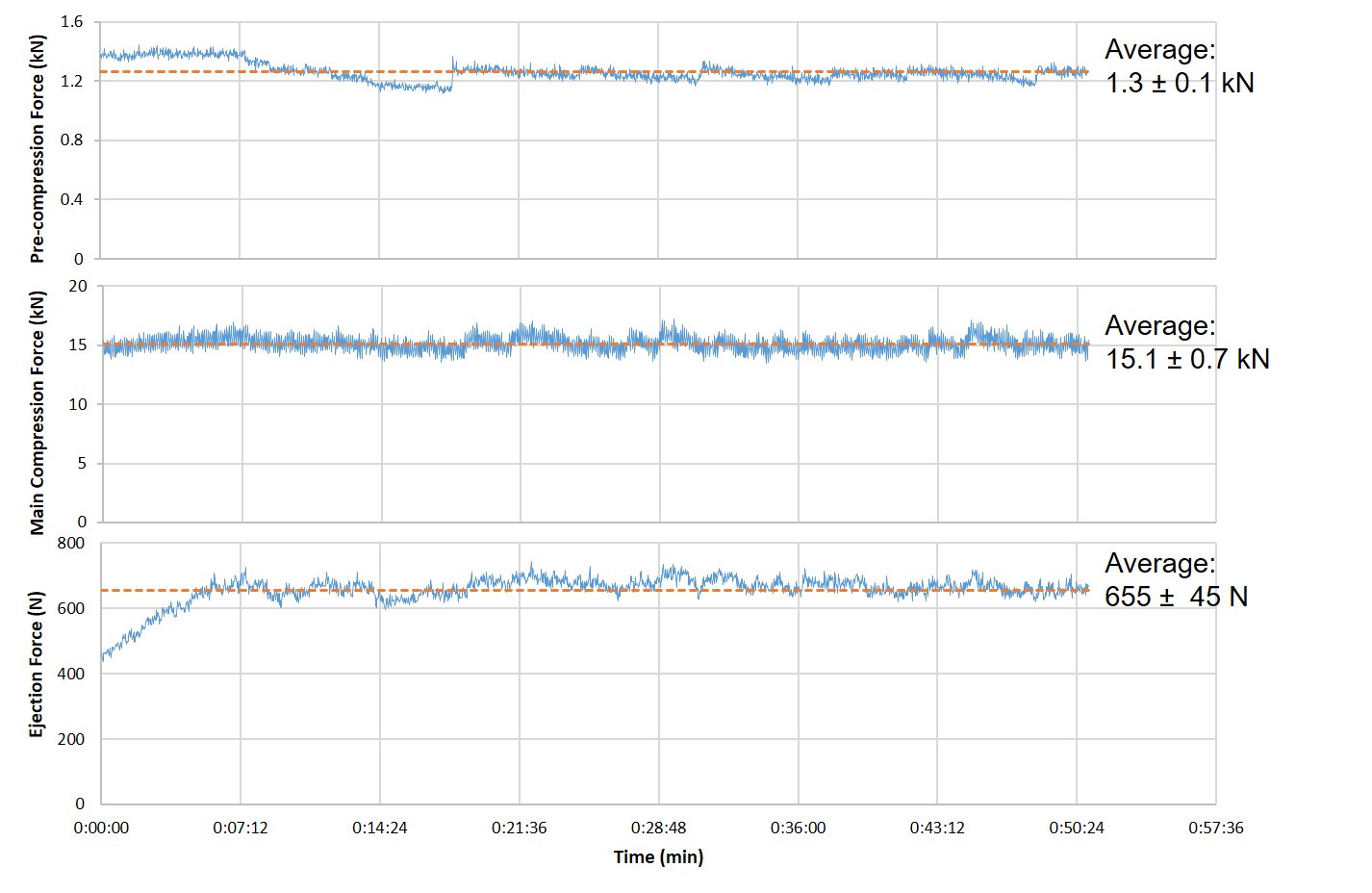