Purpose: Wearable biosensors are becoming more and more sophisticated in identifying and quantitative analyzing specific target molecules as well as for the rapid-accurate detection of microorganisms , and use in biometric identification applications (Yoon & Kim, 2012). Three dimensional (3D) printing technology offers unparalleled flexibility and simplicity in the fabrication of highly complex 3D objects with the support of the computer-aided design (CAD) software (Fantino et al., 2016). In this study, a modified 3D printing fabrication process is utilised to produce a novel wearable sensor that can be used as a healthcare platform.

Methods: The wearable biosensors was designed by CAD software and fabricated with a 3D bio-printer (CellinkTM BioX, USA) utilizing the conductive bio-inks. Figure 1 shows the schematic of the process. The films were built up by depositing droplets on demand (DoD) layer-by-layer. The bio-inks were prepared by adding metal salts to a photocurable oligomer in the presence of suitable photoinitiators. To guarantee the formation of the metal nanoparticles, the printed thin-film underwent a post UV curing process. The formed metal nanoparticles endow the printed electrical conductivity.

Results: The layer-by-layer deposition of the designed bio-inks builds up the film which is shown in Figure 2. Both electromagnetic printhead and needle-syringe printhead is used to assess its viability and thus to print the film.The thickness of the films are about 150 ± 20 µm and 900 ± 40 µm (in central), respectively.  More characterization tests such as morphological, DSC, TGA, mechanical properties as well as electrical conductivity are underway. For further electric tests, we expect the resistance decreases increasing the number of metal nanoparticles in the matrix (data not shown). This could be related to the formation of a percolation path among the generated nanoparticles that allows charge transfer.

Conclusion: In the future, leveraging on the distinctiveness of the 3D printing technology, the wearable biosensors could be customized in terms of shape, thickness, and composition to optimize the drug release system when applied to each human body. 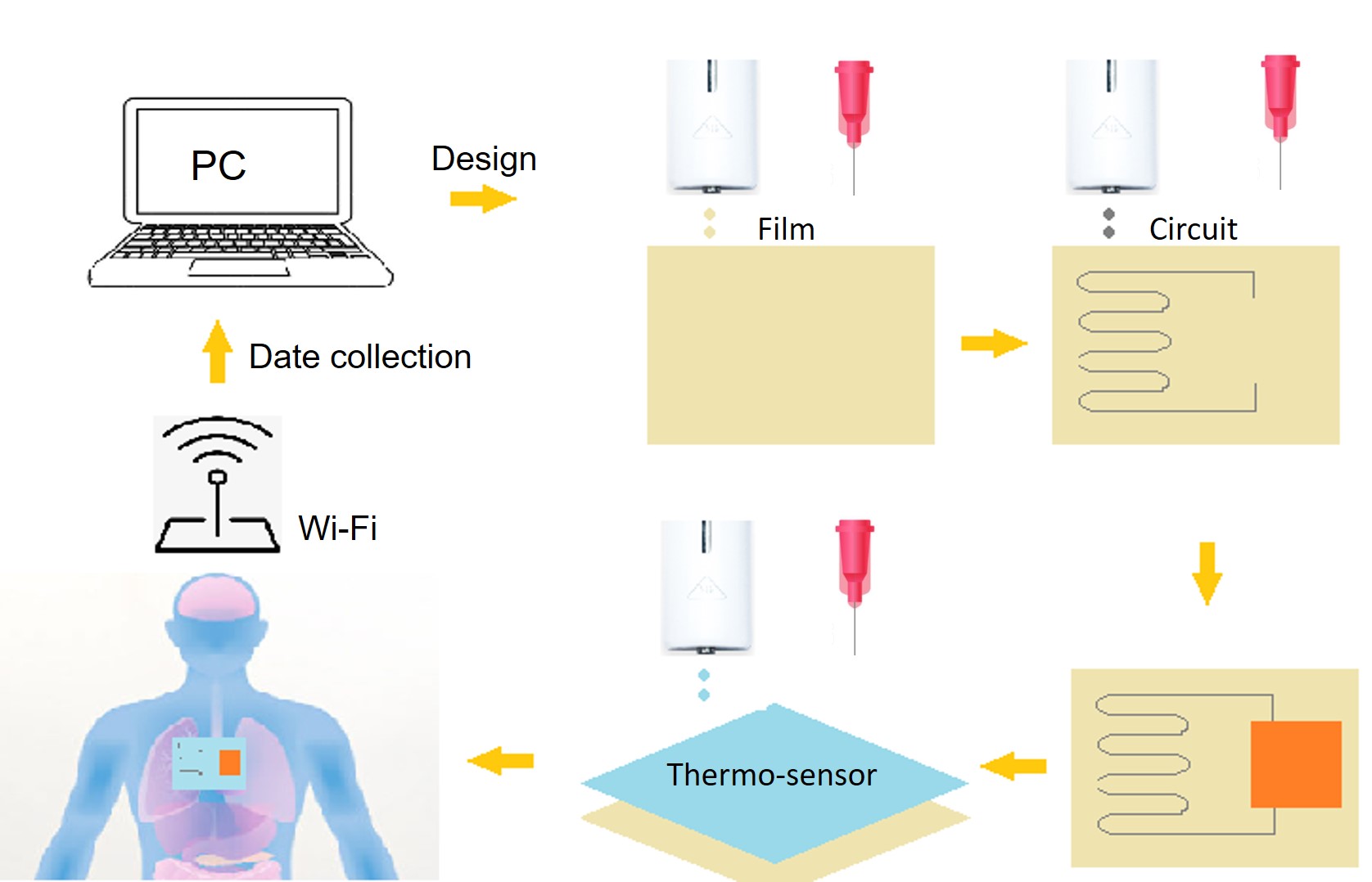