Purpose: Amines and amino acids are essential biological molecules which usually do not retain retained effectively on reverse-phase chromatographic columns, which makes it challenging to analyze by LC-MS. Hence, by derivatizing these chiral amino acids with Marfey's reagent helps in chromatographic resolution of D- and L-stereoisomers. In this study, Marfey's (Mar) reagent was investigated for its potential application to the amine metabolome analysis. Heavy atom labeled Marfey's (13C2-L-Mar or H-Mar) reagent was synthesized. Derivatization of a "physiological amine/amino acid" mixture followed by analysis by HRMS provided sample data. Marfey's adducts were well resolved chromatographically and gave good chromatographic and MS peaks. A comparison of the H-Mar vs. L-Mar adduct, MS peaks, allowed stoichiometry to be determined. A comparison with D-Mar derivatized samples allowed the stereochemical resolution to be assessed. Finally, neutral vs. acidic solvent system separations were used to discriminate carboxylate vs. non-carboxylate adducts.

Methods: Sample Preparation: A standard mixture containing 39 physiological amino acid standards from Sigma-Aldrich was used. Marfey's reagent in acetone was added to an aliquot of this mixture, followed by the addition of 0.5M triethylamine (TEA). The contents were uniformly mixed and incubated. The reaction was quenched by adding 0.5M HCl, and the sample was diluted with 10% acetonitrile/0.1% formic acid. Marfey's adducts of individual physiological amino acids were then analyzed on Shimadzu 9030 Q-ToF. A parallel effort was performed using D-Marfey's and stable isotopically labeled (13C2) Marfey's reagent in place of L-Marfey's reagent.

Results: We were successfully able to resolve and identify 39 analytes present in the physiological amino acid mix. We were also successful in demonstrating the stoichiometry, stereochemical resolution, and the presence of carboxylate groups in these analytes.

Conclusion: The study demonstrates that all 39 analytes of physiological amino acids which are resolved and quantified using a Shimadzu 9030 QToF LC-MSMS system. The key to the success of this approach was the use of a neutral (pH 6.5) solvent system and MS/MS quantification in negative mode. We also demonstrated the use of heavy atom isotope-labeled Marfey's Reagent for method development and analysis of physiological amines and amino acid standards. 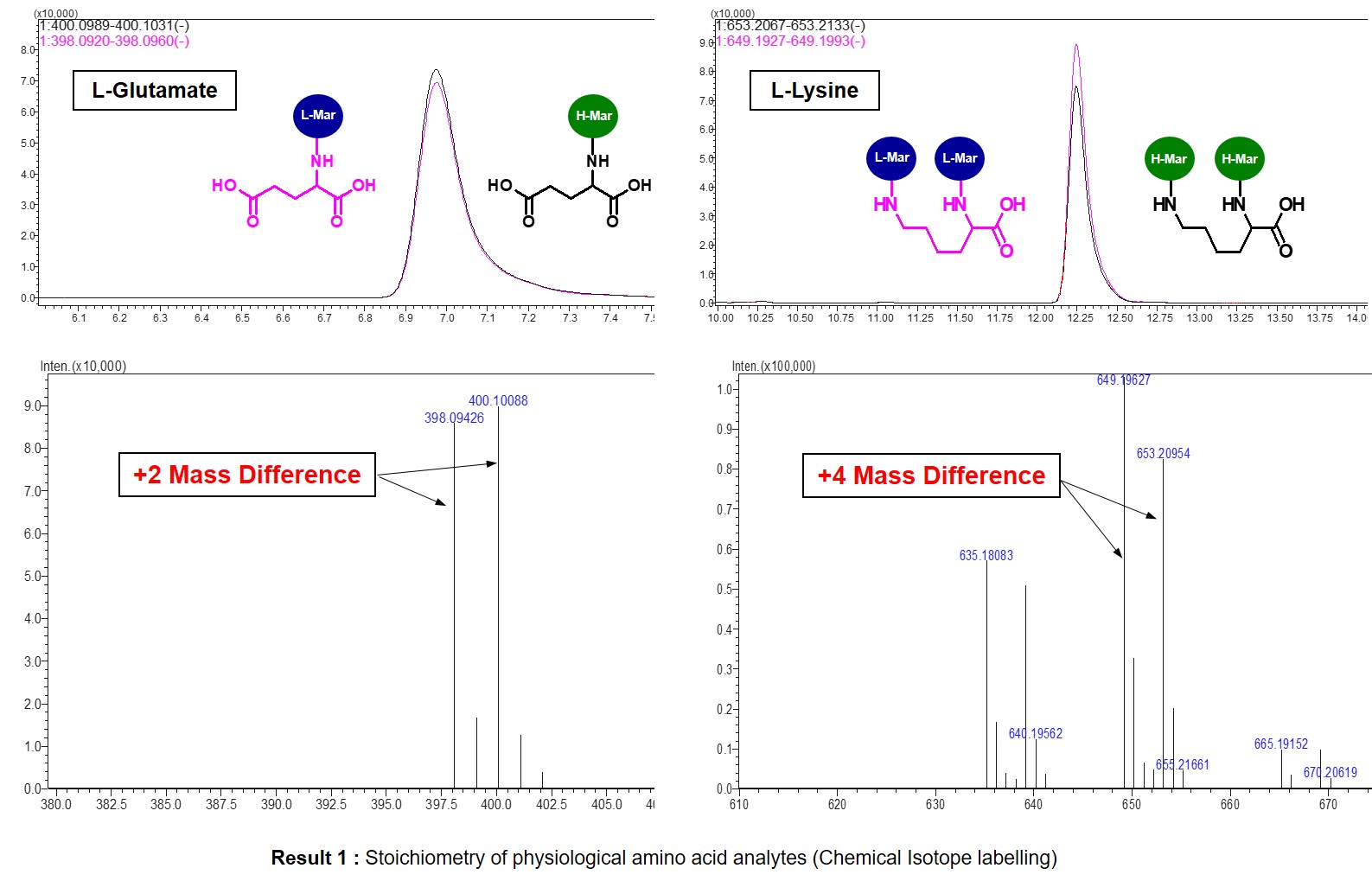 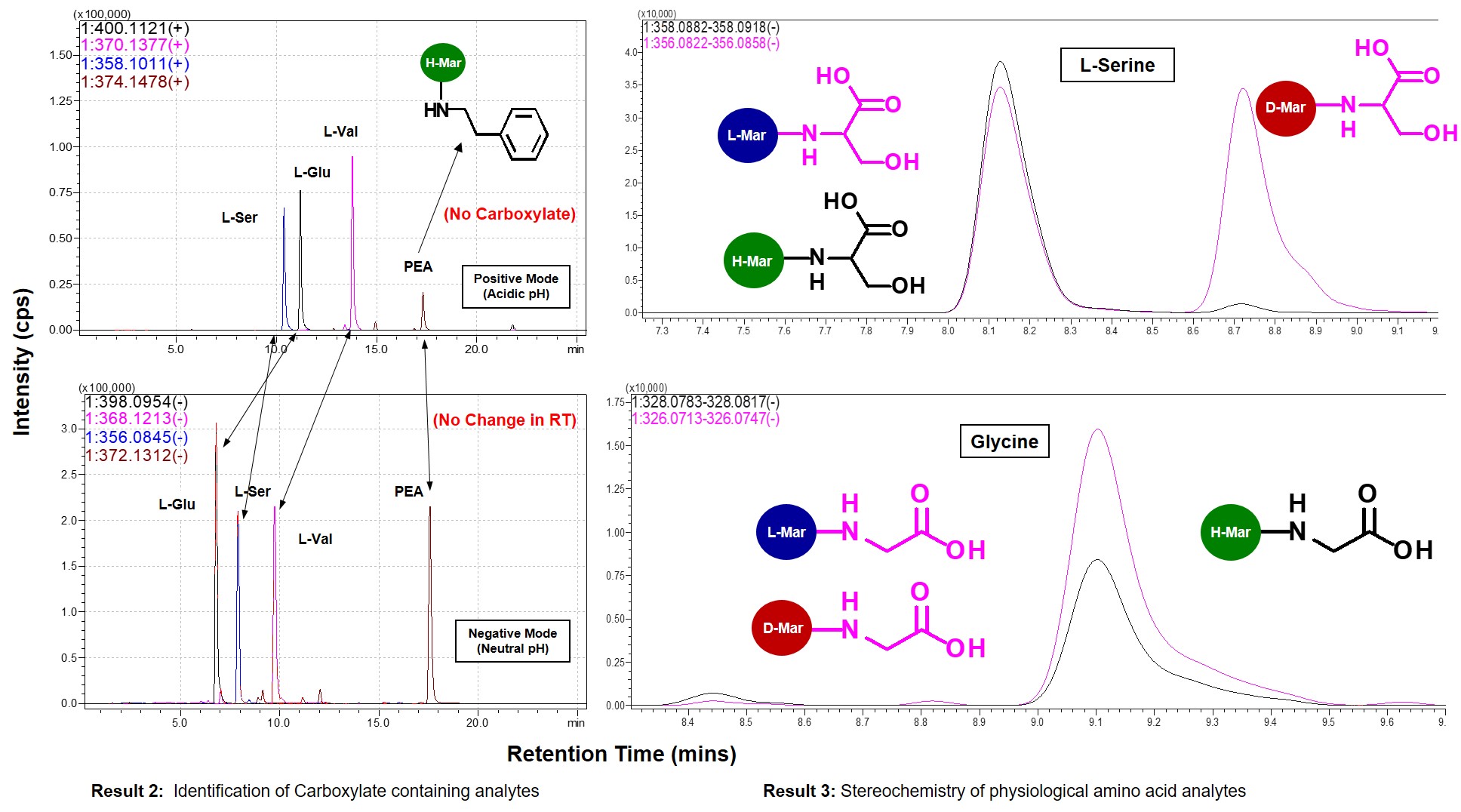