Interaction Studies of Tretinoin with Microspheres in Tretinoin Topical Gel

Methods: Tretinoin was loaded onto Microsponges® 5640, a commercially available microspheres product, at a loading efficiency of 0.5%, 1% and 2% w/w. Blank Microsponges® 5640, drug-loaded microspheres, and microspheres that were separated from Retin-A® Micro (tretinoin) topical gel, 0.1% were studied by X-ray diffraction (XRD), differential scanning calorimetry (DSC) and  Fourier transformed infrared (FTIR) spectroscopy. Raw and processed tretinoin powder, and physical mixtures (PM) of tretinoin and blank microspheres at 1%, 2% and 50%, were tested and compared. Powder XRD patterns were recorded using an X-ray diffractometer at a voltage of 25 kV and a current of 30 mA over the 2θ ranges 3–140. DSC thermograms were collected using a DSC/TGA instrument at a heating rate of 10°C/min up to 300°C. FTIR spectra were collected using FTIR over the range 4000–500 cm−1 with an attenuated total reflectance (ATR) diamond accessory.

Conclusion: Tretinoin presented in an amorphous dispersion state within the microspheres in Retin-A® micro gel, 0.1%, and when tretinoin was loaded into Microsponges® 5640 at a loading efficiency of 0.5%, 1% and 2% w/w. It was molecularly dispersed within the pore structure of the microspheres and interacted with the acrylate matrix of microspheres through hydrogen bonding. The study suggested that the release of tretinoin from the microspheres may involve the dissociation of the hydrogen bonds between tretinoin and the acrylate polymer, before tretinoin diffuses out from the pores of microspheres.
Disclaimer: This abstract reflects the views of the authors and should not be construed to represent FDA's views or policies. 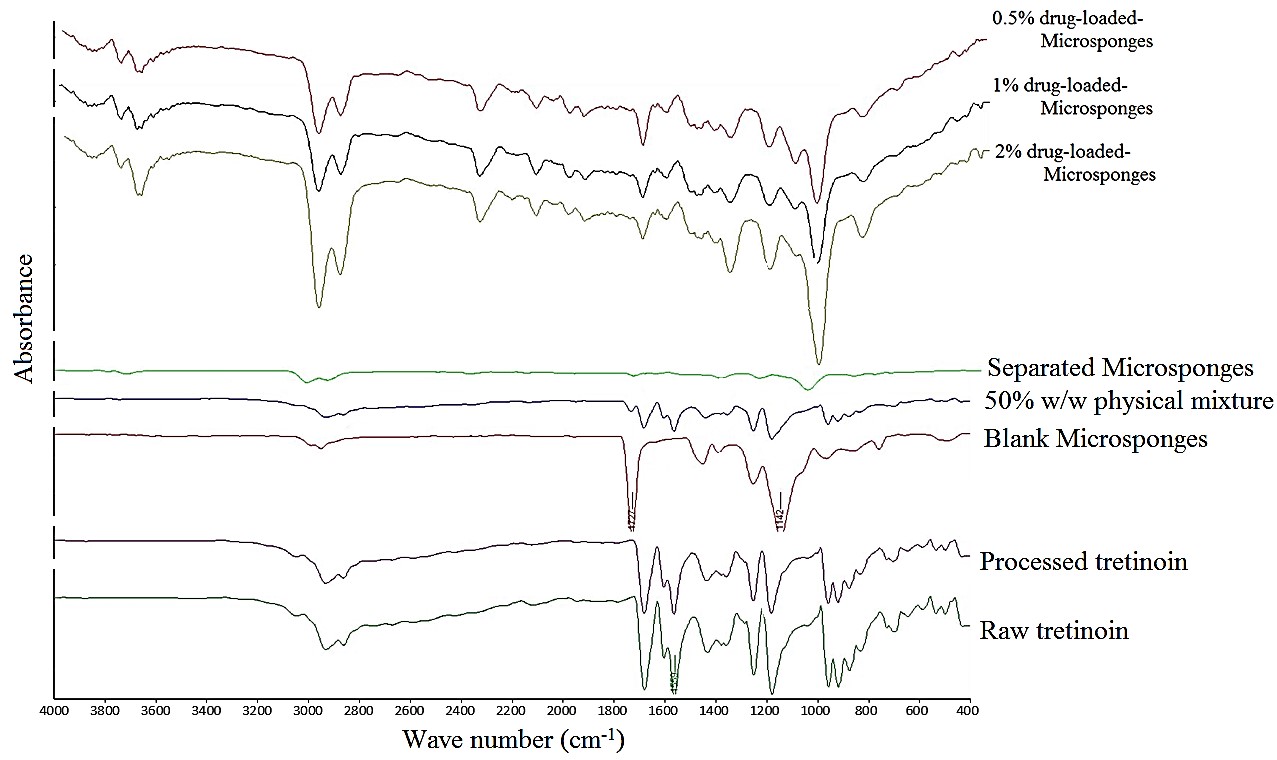