Purpose: It remains a challenge to integrate multiple data sources for the prediction of toxicological endpoints. Utilizing the recent advancements in artificial intelligence, we developed a deep learning framework to integrate different data sources generated for the same objects, which produces more informative features for predictive model construction.

Methods: In this study, we reported a deep neural network combined with an autoencoder, one of unsupervised learning architectures, for the purpose of integrative feature representation (Figure 1). Instead of restricting the input and output for the autoencoder to be the same, we allowed cross pairing between heterogeneous data sources.

Results: As a result, the generated features could represent the salient information from both platforms which would in turn improve the performance and robustness of the predictive model. We first demonstrated its utility in the SEquencing Quality Control (SEQC) neuroblastoma benchmark dataset, as our framework reached 0.854 in AUC for prediction patients’ overall survival, which improved by 15% to 35% compared to previously established models.  We then applied it to the prediction of Drug-Induced Liver Injury (DILI) potential via cell-line based assays of the drugs. The result showed our framework reached 0.261 of MCC in cross-validation, where the performance of other algorithms such as KNN, Random Forest and SVM were much lower, ranging from 0.094 to 0.161.

Conclusion: In summary, we introduced a deep learning framework as a novel solution for integration of heterogeneous data to advance predictive toxicology. 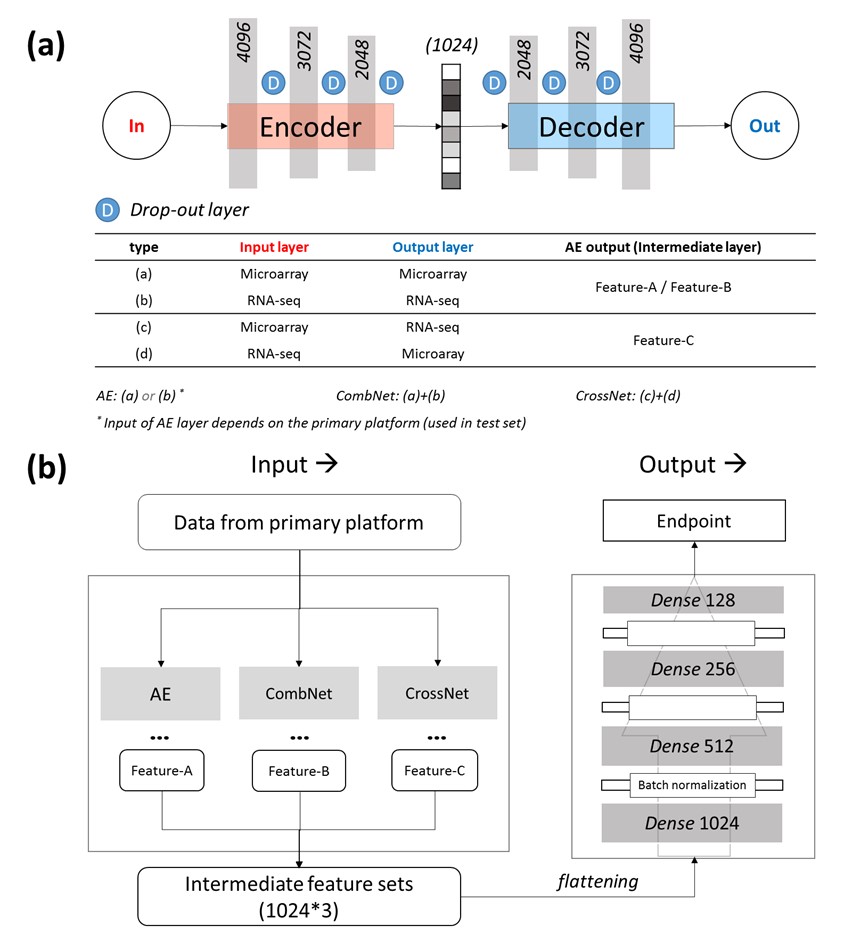