Track: Formulation and Delivery - Biomolecular - Drug Delivery - Other Routes of Administration - Other

Purpose: Acquired multidrug-resistant (MDR) unfortunately still imposes a significant obstacle to the success of chemotherapy in many cancers. From a clinical perspective, acquired MDR is described as a phenomenon whereby cancer cells upon being exposed to one drug develop cross-resistance to a range of structurally unrelated drugs [1]. Among various reasons, an upregulation of drug efflux transporters (e.g., P-gp, BCRP, etc.) in in-vitro cell lines has been discussed for describing the MDR phenotype [2]. The resulting elevated efflux of drugs from the cancer cells limiting their intracellular accumulation has been interpreted as an obstacle to the success of chemotherapy [3]. To overcome this challenge, a common pragmatic approach has been to co-administer existing drugs known to inhibit efflux transporters activity (e.g., verapamil and imatinib for P-gp and BCRP transporters, respectively) [4,5] or identify a novel inhibitor [6]. However, such inhibitors may interact with anticancer drugs resulting in an altered pharmacokinetics of the anticancer drugs [7]. Therefore, there is a need to formulate a drug delivery system with the potential to overcome the efflux function of transporters resulting in increased accumulation of the anticancer drugs. The purpose of this study is to a) to formulate double-coated doxorubicin-loaded poly(butyl cyanoacrylate) nanoparticles (PBCA-NP) and b) evaluate their transporter inhibition function in in-vitro cell lines by cytotoxicity assay.

Evaluation of double-coated doxorubicin-loaded PBCA-NP formulations: All formulations were evaluated for particle size, zeta potential, and in-vitro drug release as well as cytotoxicity using various cell lines as described below.

Cytotoxicity of various formulations in comparison to free doxorubicin was evaluated by MTT assay.

Conclusion: As shown in Figure 2, an increase in the concentration of PEG 20000, particle size increases significantly, and the coating does not affect the zeta potential of the nanoparticles. As shown in Figure 3, a biphasic sustained release of doxorubicin, with initial burst release followed by a sustained second phase were observed from all formulations. Sustained release of doxorubicin might maintain constant drug supply within the cells and might exhibit enhanced efficacy in comparison to the free drug. 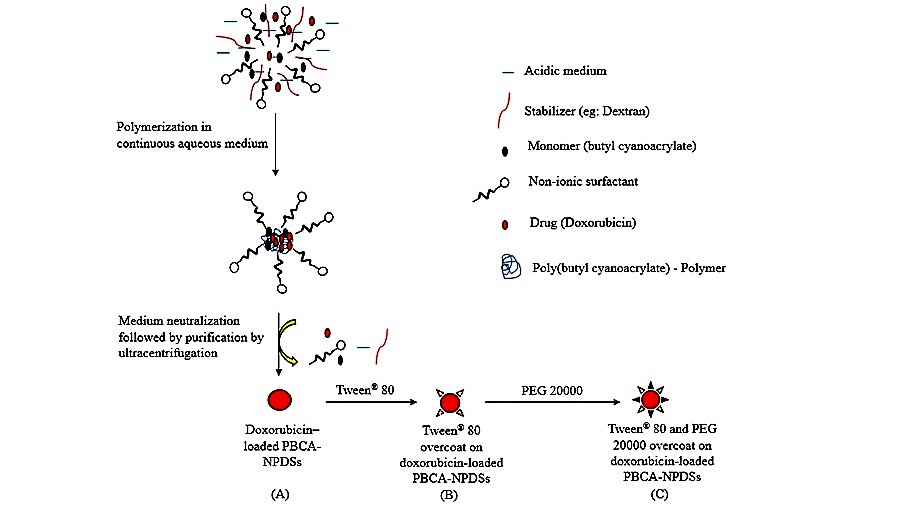 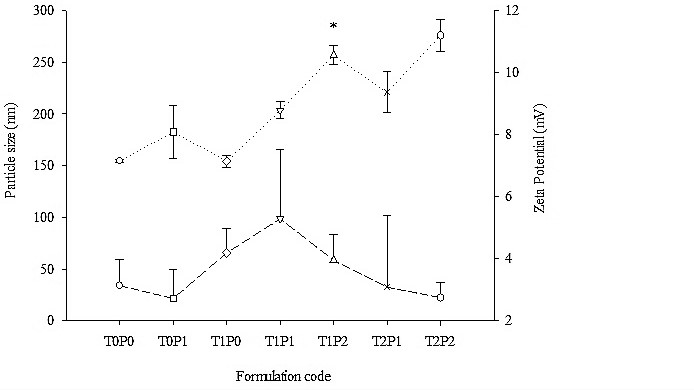 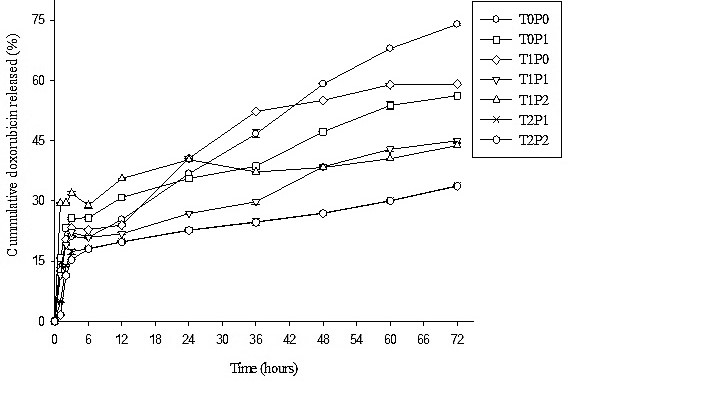