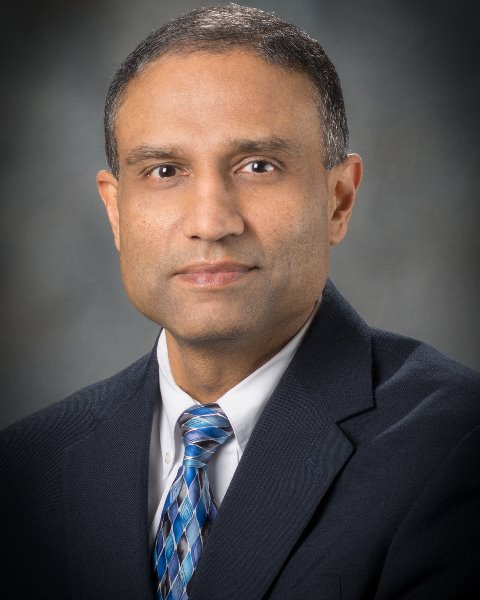 Dr. Anil K. Sood is Professor in the Department of Gynecologic Oncology and Reproductive Medicine at the UT MD Anderson Cancer Center. He holds a joint appointment in Cancer Biology and is co-director of the Center for RNA Interference and Non-Coding RNA at the M. D. Anderson Cancer Center. He is also Director of the multi-disciplinary Blanton-Davis Ovarian Cancer Research Program and co-leads the Ovarian Cancer Moonshot Program.
Dr. Sood received his medical degree from the University of North Carolina, Chapel Hill. A major and consistent theme of his scientific research has been on understanding human cancer biology and converting lab discoveries into novel therapeutics. His research group has made several seminal research contributions in the fields of tumor microenvironment, nanomedicine, and neuroendocrine effects on cancer biology. Dr. Sood received recognition for his research accomplishments including the Hunter Award, the Margaret Greenfield/Carmel Cohen Excellence in Ovarian Cancer Research Prize, and the GCF/Claudia Cohen Research Foundation Prize for Outstanding Gynecologic Cancer Researcher. He is an elected member of the American Society for Clinical Investigation, the American Association for the Advancement of Science, and the Association of American Physicians. Dr. Sood was selected as an American Cancer Society Research Professor in 2017.