Purpose: The purpose of this study is to understand the impact of using silicified microcrystalline cellulose (Avicel® SMCC) as a cushioning agent and evaluate the pellet coating integrity in MUPS tablets post compression [1]. Another objective is to understand impact of particle size and density of Avicel® SMCC on its sustained release (SR) performance.

Methods: In the current study MUPS tablets were prepared with varying ratio of pellets and microcrystalline cellulose (Avicel® PH)/Avicel® SMCC (1:2.5, 1:3 and 1:3.5) to understand impact on release performance of the MUPS tablet. SMCC was evaluated as cushioning agent, in comparison with Avicel® PH. The Propranolol pellets that were coated with ethyl cellulose (Aquacoat® ECD) were mixed with Avicel® PH/Avicel® SMCC, croscarmellose sodium (AcDiSol®) and lubricated with sodium stearyl fumarate (Alubra™) in a blender. The final blend composition was compressed into tablet using 15X8.5mm, oval shaped punches. The tablet was compressed to result with hardness of 60±5 N, and weight at 700±5mg. The tablets formed were evaluated for their physical properties, microscopy and drug release [2].

Results: To protect pellets integrity in MUPS formulation, need superior binder which has good cushioning property. It is evident from Fig 1.0 and Fig. 3.0 that under the study conditions pellet integrity was affected by tablet compression. The optimum ratio of pellets to binder that is 1:3 is required to maintain pellet integrity in Propranolol MUPS formulation. The tablet formulated with Avicel® SMCC revealed superior control over drug release compared with formulation with Avicel® PH as shown in Fig 3.0. Varying particle size of Avicel® SMCC has negligible impact as cushioning agent as observed in Fig 3.0. However, it is observed in Fig 2.0 that higher density showed marginal negative impact on drug release in Propranolol MUPS. 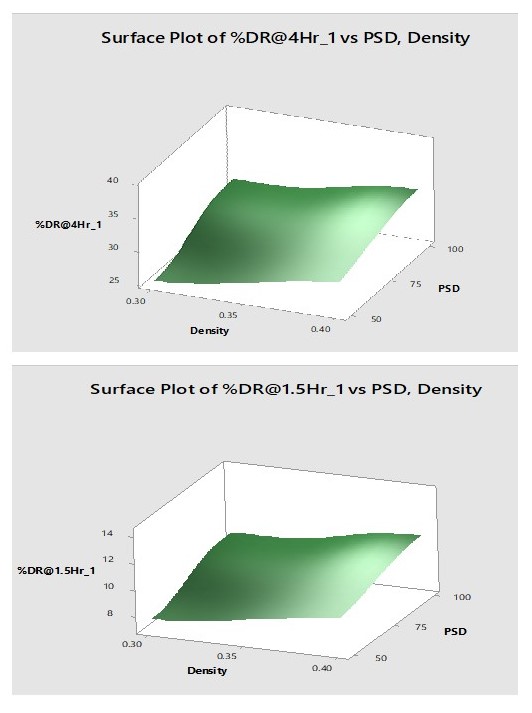 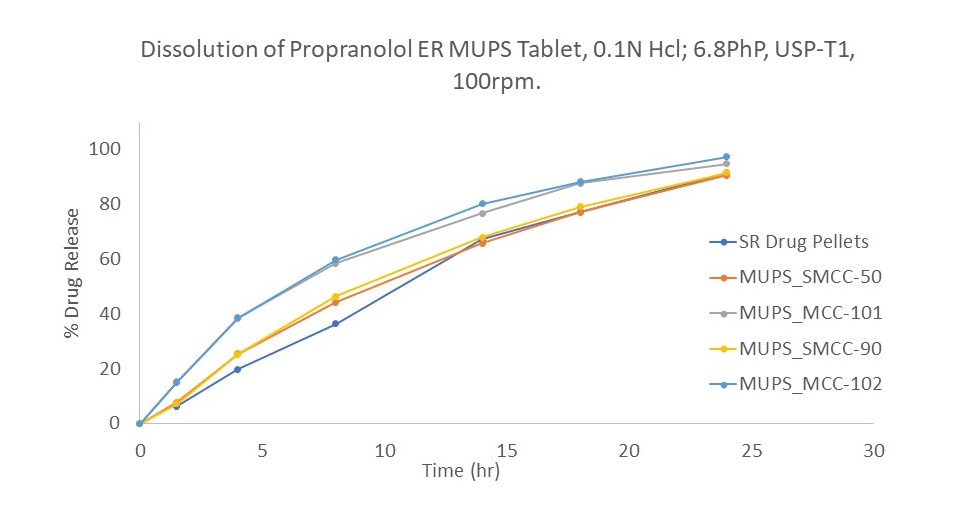