The New Buzz in Adjuvant Research: Exploring Adjuvant Potential of Microparticulate DPD and Its Analogs

Purpose: Autoinducer (AI)-2 is a signaling molecule involved in bacterial quorum sensing (QS): a form of interspecies communication in bacteria. The reduction of QS is a potential therapeutic approach to fight against bacterial diseases. However, targeting of the AI-2 based QS remains challenging because of the rapid interconversion of the AI-2 precursor (S)-DPD (4,5-dihydroxypentane-2,3-dione) to several linear and cyclic forms recognized by different bacteria. (S)-DPD can thus be used as an adjuvant to induce and boost an immunogenic response in humans. Adjuvants are the substances used in combination with antigens to produce a more robust immune response. Since their discovery, the aluminum compounds continue to monopolize the human vaccines as adjuvants. Despite the discovery of more potent adjuvants (lipopolysaccharide etc), they are unsuitable for human use due to their toxicity. Adjuvants are classified as particulate delivery systems and immunostimulatory adjuvants (derived from pathogens), based on their mechanism. We propose to consolidate the advantages of these mechanisms by developing a microparticulate formulation of DPD and its synthetic analogs.

Conclusion: Griess’s assay and Flow cytometric analysis revealed that the microparticulate DPD is immunogenic and can stimulate innate and adaptive immune response. A combination of DPD with various particulate vaccines reveals that microparticulate DPD shows an adjuvant effect with the bacterial vaccines. These encouraging preliminary results have led us to further test microparticulate DPD and its synthetic analogs to explore their potential as probable vaccine adjuvants. 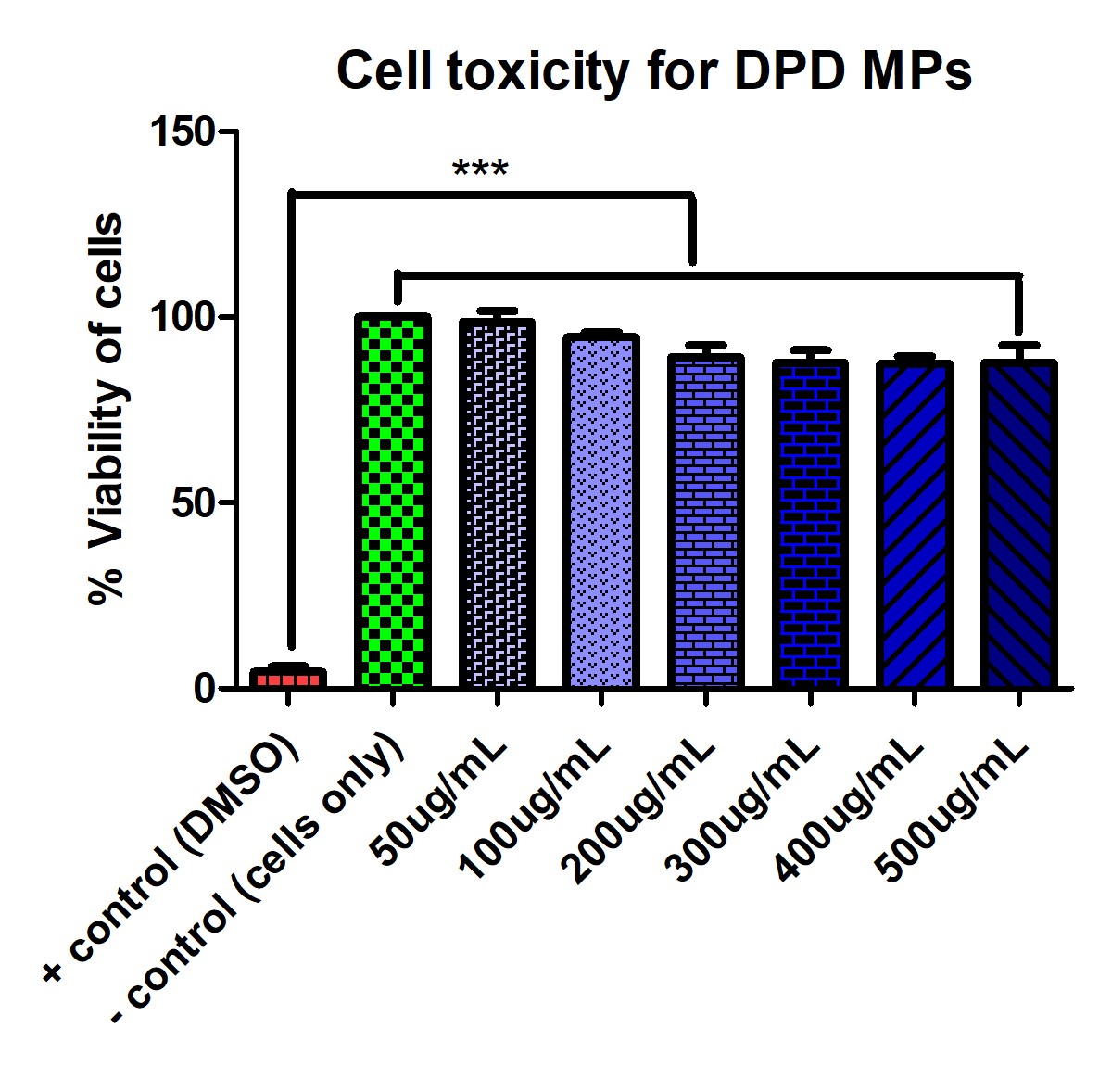 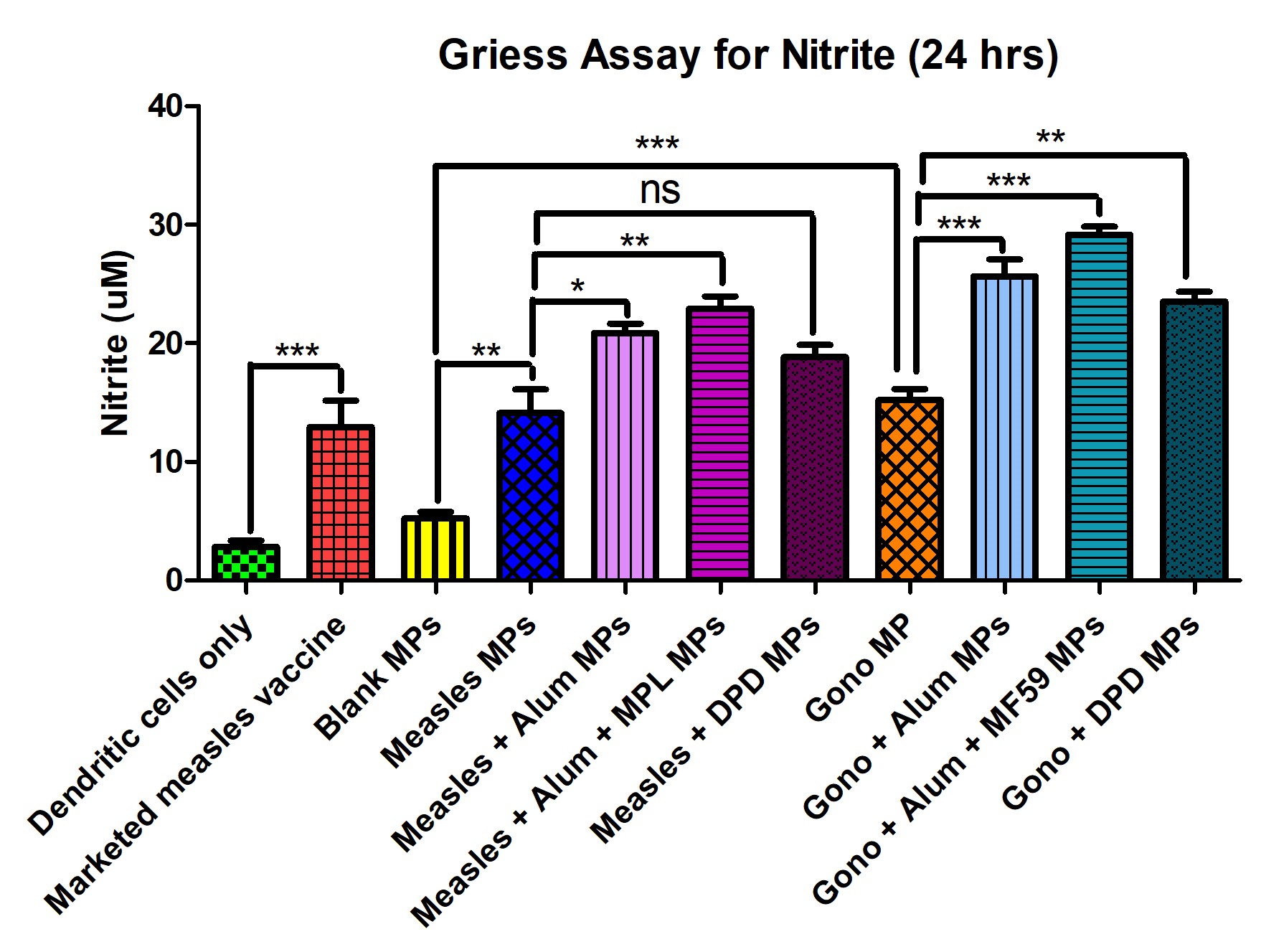