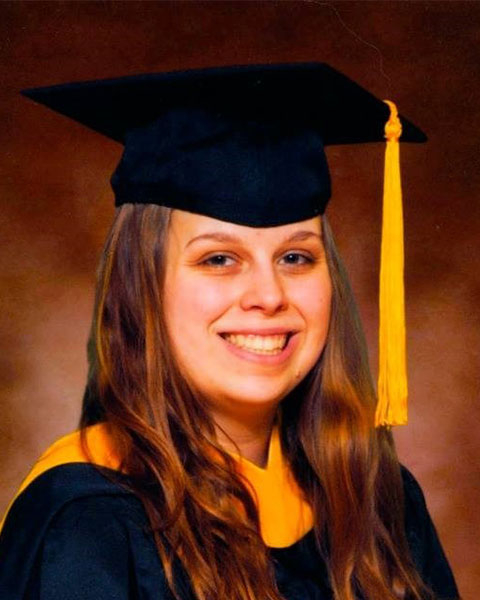 Catherine (Cat) Del Guidice, M.S., is currently working on her Ph.D. in Pharmaceutical Sciences (with a concentration in Pharmaceutics) at Virginia Commonwealth University (VCU); while working full time as a project manager at the CRO Pharmaceutical Product Development (PPD Laboratories). She received a B.S. in Chemistry from Christopher Newport University in 2011; and an M.S. in Clinical Chemistry from VCU in 2014. After first working as a scientist at the Division for Consolidated Laboratory Services, and then as a medical technologist at St. Mary's Hospital in Richmond, VA for two years, she decided to pursue to career in the pharmaceutical industry, starting as a quality assurance auditor at PPD Laboratories (Bioanalytical Lab in Richmond, VA) in 2015. In 2016, she was accepted into the Pharmaceutical Sciences Ph.D. program at VCU. Also in 2016, she transferred to another department within PPD Laboratories, where she currently works as a project manager for the biologics by LC-MS/MS research and development group.