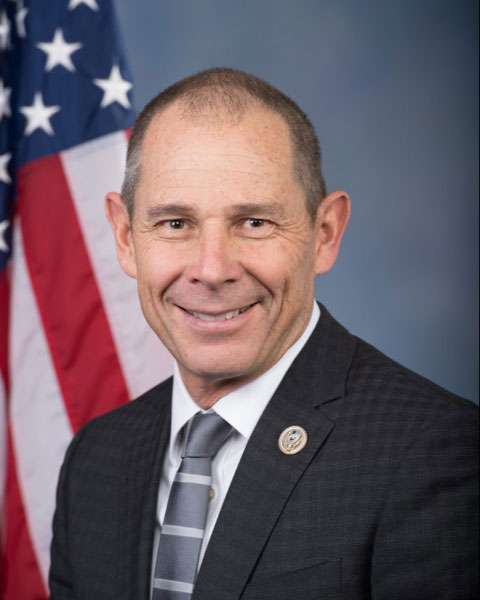 John R. Curtis proudly represents Utah’s 3rd Congressional District, serving on the House Natural Resources and Foreign Affairs Committees. He is the Vice Chairman for Federal Lands and New Energy Opportunity for the Western Caucus and the Deputy Republican Leader of the National Parks, Forests, and Public Lands Subcommittee within the House Resources Committee.

After being elected to Congress on November 13, 2017, John sponsored 12 bills in his first year in office and has since had seven of his bills signed into law.

The Congressman cares deeply about hearing the diverse perspectives and feedback from his constituents: he held over 100 town halls in 2018. Utah’s third district is the youngest in the country, with an average age of 26 years old. John is also sensitive to the many constituents that live in rural Utah and has focused on legislation that can fit needs of both demographics such as student loans, rural broadband access, and more.

Congressman Curtis and his wife Sue have six children, seven grandchildren. He maintains a fluency in Mandarin Chinese and a closet full of stately socks.