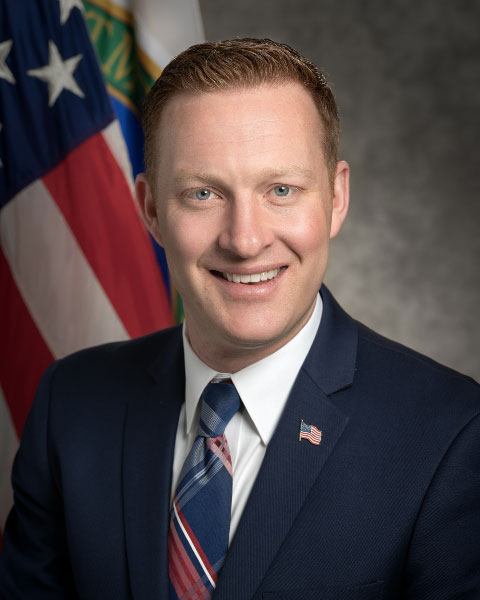 Conner Prochaska serves as Chief Commercialization Officer for the Department of Energy and as Director of the Office of Technology Transitions, responsible for coordination of all commercialization activities across DOE, the 17 National Laboratories, and the Department’s other research and production facilities across the country. The Chief Commercialization Officer works to secure the greatest possible return on the taxpayers’ research dollars by encouraging the purposeful and efficient transition of DOE-powered innovations from the lab toward the marketplace.
Prior to OTT, Prochaska served as Senior Advisor and Chief of Staff of the Advanced Research Projects Agency-Energy (ARPA-E). Before joining DOE, Prochaska was Senior Vice President and the Associate General Counsel at a public investment fund, where he led fund operations. Prochaska also served as an Intelligence Officer in the United States Navy. During his Navy career, Prochaska focused on Anti-submarine Warfare and Counter-Weapons of Mass Destruction intelligence.
Prochaska earned his J.D. at The George Washington University School of Law and his B.A. at Texas A&M University.