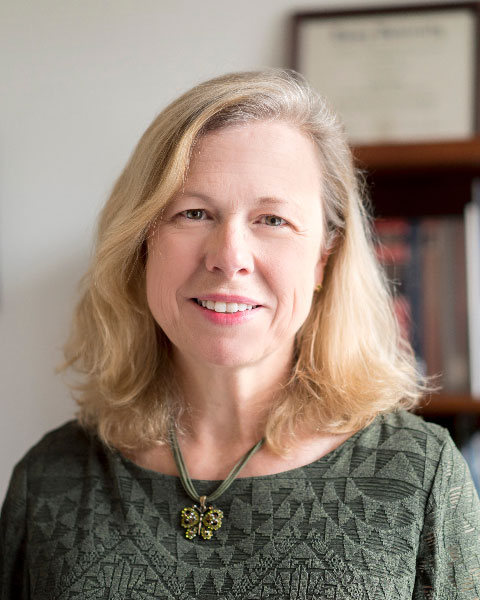 Vicki Arroyo is Executive Director of the Georgetown Climate Center where she leads work on climate law and policy, supervising staff and student analysis on climate change mitigation and adaptation and supporting leading states and cities in their efforts to address and prepare for climate change. She also serves as Professor from Practice at Georgetown University Law Center where she teaches experiential courses, and as a Special Advisor to Georgetown’s President focusing on interdisciplinary cross-campus opportunities. Prior to joining the Georgetown in 2008, Arroyo served at the Pew Center on Global Climate Change as Vice President for Policy Analysis and General Counsel where she directed Pew’s policy analysis, science, adaptation, economics, and U.S. policy programs for a decade and oversaw hundreds of publications and was Managing Editor of the Center’s book, Climate Change: Science, Strategies and Solutions. She recently completed her service as Chair of the Executive Committee of the Transportation Research Board of the National Academies of Sciences, Engineering, and Medicine. She has served on numerous other boards and committees advising the National Science Foundation, the National Center for Atmospheric Research, the U.S. Energy Information Administration, and the California Air Resources Board, where she advised the state on the design of its leading cap-and-trade program. She developed air quality standards at US EPA in Washington, DC and served as Policy Director for the Louisiana Dept. of Environmental Quality and as Environmental Advisor to Gov. Buddy Roemer in her home state, drafting legislation that reduced toxic air pollution by 50% in four years. Arroyo has also practiced environmental law at leading firms and was elected to the American College of Environmental Lawyers in 2018. She holds a Bachelor of Science in biology (double major in philosophy) with high honors from Emory University; a Master in Public Administration from Harvard’s Kennedy School (top honors in program); and a Juris Doctor degree from Georgetown Law magna cum laude where she was Editor-in-Chief of the Georgetown International Environmental Law Review.