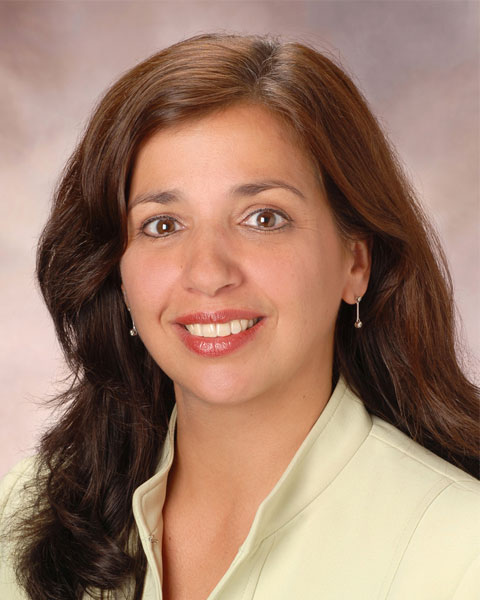 Sara Cuccurullo is Clinical Professor, Chairman, and Residency Program Director of the Department of Physical Medicine and Rehabilitation of Rutgers-Robert Wood Johnson Medical School, Medical Director and VP, JFK Johnson Rehabilitation Institute. Dr. Cuccurullo received her medical degree from SUNY Downstate in 1987 and completed her residency in Physical Medicine and Rehabilitation (PM&R) at Rutgers-RWJ/JFK Johnson Rehabilitation Institute (JRI). She was boarded in 1992.
She joined the staff at the JFK Johnson Rehabilitation Institute in 1991 and has served as the Residency Program Director (PD) since 1998. She has taught the PM&R Board Review Course since 1991. Dr. Cuccurullo is Editor in Chief and published the first edition of The PM&R Board Review Textbook in 2004, the second edition in 2009, and the third edition in 2014. The royalties are donated to the Johnson Rehabilitation Institute PM&R Residency Education Fund which supports educational endeavors of Physical Medicine and Rehabilitation Residents. She has received the Teacher of the Year Award six times and the RWJ Volunteer Faculty Award several times. In addition she received multiple awards including the SUNY Downstate Distinguished Alumni Award, The Kathy Wong Memorial Award for the Teaching Attending exhibiting the highest degree of kindness and compassion to patients and their families, and the Middlesex County Academic Physician Award. In May 2016 she was awarded the Edward J. Ill Outstanding Medical Educator Award, for her work as an Outstanding Medical Educator. She is the President of the National Residency and Fellowship Program Directors Council. She is Secretary of the Chairman Council. She sits on both the Association of Academic Physiatrists Board of Directors and the American Physiatric Education Council Board of Directors. She authored over 30 book chapters, multiple articles and close to 60 abstracts. She heads the JRI PM&R Residency Competency Committee and developed a competency model which was presented nationally. She has published six peer reviewed papers on this model. Dr. Cuccurullo was appointed Chairman of the Department of PM&R for Rutgers RWJ Medical School and the Medical Director and VP for the JFK Johnson Rehabilitation Institute in February 2014. As Medical Director she has developed an Aftercare Program for the continued care of the rehabilitation patients discharged from JFK Johnson Rehabilitation Institute and a Comprehensive Stroke Recovery Program for the care of stroke patients. With this initiative she is the PI of two IRB Proposals researching the benefits of a rehabilitation program to treat stroke patients including cardiovascular conditioning sessions during their recovery. In April 2016 Dr. Cuccurullo was appointed Associate Dean for Academic Affiliate Medical School Relationships at Rutgers-Robert Wood Johnson Medical School.