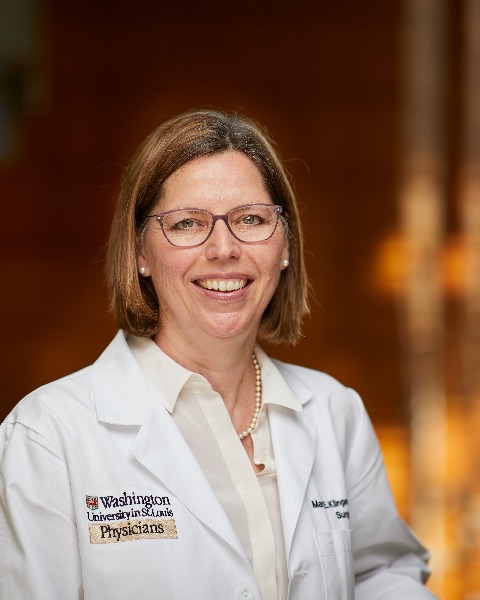 Mary E. Klingensmith, MD is the Mary Culver Distinguished Professor and Vice Chair for Education in Surgery at Washington University in Saint Louis, where she has been on faculty since 2000. Dr. Klingensmith was Residency Training Program Director in General Surgery at Wash U from 2001-2012. She serves as Associate Director for the School of Medicine Simulation Center, and has been a Loeb Teaching Fellow at the medical school for four years. She is the founding director of the medical school’s Academy of Educators. Dr. Klingensmith’s clinical practice is in general surgery at Barnes Hospital and the John Cochran VA Hospital. Her research interests are in surgical education, including curricular reform, simulation curricula, surgical ethics, and the impact of regulations on student, resident and faculty perceptions of the field of surgery. Dr. Klingensmith served as a director for the American Board of Surgery (2011-2018, Board Chair 2017-18) and of the American Board of Thoracic Surgery (2012-15). Additionally, she is Chair of the Advisory Council for SCORE (Surgical Council on Resident Education), and oversees content for the web portal as President of SCORE, Inc. Dr. Klingensmith is recipient of the 2005 ASE Outstanding Teacher Award and 2012 ACGME Courage to Teach Award. She is past President of the Association for Surgical Education.